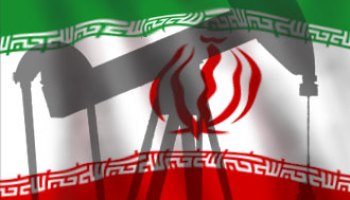 The consequences of the deal between the P5+1 and Iran cannot be immediately understood. If a narrow point of view is taken, the situation is even more confusing. The reactions to the American-Iranian agreement have varied, with the countries of the Middle East exerting the most effort in trying to predict the consequences of the deal. Is this a nuclear deal or a geopolitical deal? This is what will be uncovered in the upcoming days.

Some may believe that the subject of Iranian nuclear armament takes a toll on the minds of those involved; others may believe that this subject will light the fuse of the Middle East. At the moment, there does not seem to be any indications of actual nuclear armament, just negotiations between concerned parties and a general instability in Iran and the region, including disputes involving centers, relations and influence.

Undoubtedly, America took a distinct approach to the region, without input from Arab powers. The American attempts were not poured into completely stopping Iranian nuclear armament, but instead were put into working on projects linked to its goals in the region and exerting influence through these projects.

Anyone who has observed politics in recent years realizes that legal arms have become a prominent feature of the political scene. Ongoing events reflect this trend. Perhaps the case of Iran, as it currently appears, foretells what will develop in this period of transition. Examining American worries, we can see that America would seek to become allies with Iran in order to alleviate its doubts concerning Afghanistan and the crises in Iraq and the Levant. At the same time, according to the American agenda, America would like to use Iran as a dam against Chinese expansion, countering a Chinese, Russian and Indian alliance. As such, America looks forward to investing in Iranian gas in order to have a country competing with Russia in the gas market, which puts Russian-Iranian interests in opposition.

Among the consequences that the region will witness is the modification of some trade and tax regulations in order to foster an attractive environment to invest in Iran. Such regulation modifications would lead to cheaper oil extraction, reaching $10 a barrel. An attractive price like this would lead to a return of oil companies to Iran to conduct oil exploration, which had stopped during the Iranian embargo. On top of this, Iran is considered the fourth largest country in terms of oil reserves, and also employs a large sum of development funds.

In my opinion, this is not an attractive situation for Iranian decision makers. The Iranian people already resent the deteriorating economic situation, and the pretense currently used by the regime to justify economic weakness will disappear post-embargo. If Iran decides to continue supporting terrorism, this would no doubt be at the expense of economic revival. This is what puts the regime and its people at odds — a people who agree that they must recreate their world after the suffering of the Iran-Iraq War.

In the long term, I do not see the need for concern over the American-Iranian agreement. Either Iran will become an economically developing country, open to neighboring countries, or, should Iran continue its support for terrorism, it will pay dearly, voiding any advantages of the agreement and making the regime the biggest loser.

This conclusion is not based on the international reaction to the agreement between Tehran and Washington, but rather on the fact that there is an attempt to besiege Iranian forces who have revealed their ambitions and used the conflict in the region to their advantage.

There does not seem to be any warning sign of a military battle, as the American role is to thwart the project and create an alliance, not to invent some formula to save Iran and the region from any possible predicament.

The issue of the American-Iranian agreement will not amount to anything but a disturbance when that which is hidden behind it becomes apparent. The agreement has not increased the quality of the discussion and has not brought about any idea for how to decrease Iranian nuclear armament. After a long period of disagreement, it has not produced an agreement that satisfies all sides and does not offer a solution that reaches the essence of the problem.