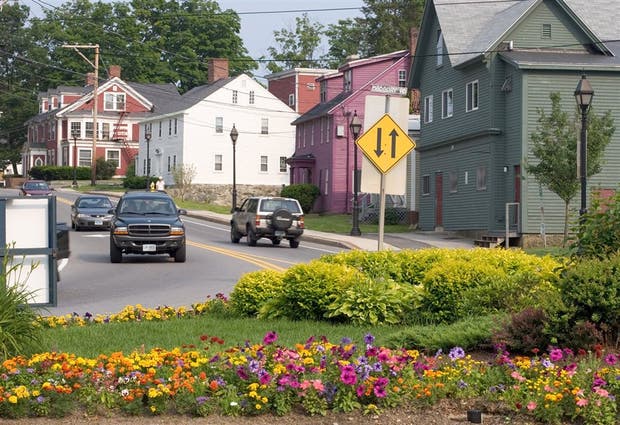 Cities are organized with a private sector structure; the council appoints an executive who functions like a CEO.

“Now hiring: Mayor. Should have a specialized master’s degree and five years of experience.” It could be a job advertisement in any one of the more than 3,500 U.S. cities in which the local city council is in the hands of a contracted manager rather than an elected representative. Under the “city manager” system, citizen deliberative councils are accountable to citizens through a voting system, and run the city by hiring a mayor.

“I have been manager for 14 years and I’ve seen plenty of changes in the council, with various political standpoints,” explained Todd Selig, city manager of Durham. Durham is a small city with a population of 15,000 in New Hampshire — one of the richest states in the United States. The mayor’s relationship with the council is similar to one you would expect between a CEO and his board of directors; the council sketches out the city’s main policies, its priorities and courses of action, then it is the manager who must bring them to fruition. If there is a change in the council, then policies change, but the team that manages the policies, plans and courses of action could stay in place.

The manager is required to attend council meetings, as is the rest of his team, to answer questions and explain what has been done and what the plans for the future are. He is assessed once a year. In his last assessment (based on 23 categories that include leadership abilities, financial oversight and appropriate use of time including delegating tasks) Selig got a score of 4.3 out of 5. The council recommended in 2015 that Selig design a succession plan for his council. The council is concerned that many key members will leave the city and that a search for appropriate replacements has not been conducted.

Durham is by no means an unusual case. In the U.S., Durham’s is the most common form of local government. Approximately 49 percent of cities with a population of more than 2,000 are organized in this way, according to the latest information from the International City County Management Association. The most well-known form of government — an elected mayor and a council that carries out legislative functions — was chosen by 44 percent of all citizens. The rest are very small residential areas that have neighborhood assemblies or other types of government. There are also cities that mix the two most common systems, and have elected mayors who work alongside a professional manager.

What defines the governing system is not necessarily size. The five largest cities may have elected mayors, but as soon as we hit the sixth largest city in terms of population — Phoenix — a professional administrator is at the wheel. The same applies to San Antonio and Dallas in Texas and to San Jose in California, all cities with populations of a million or more.

The first experiments with this type of government took place at the beginning of the 20th century and from that moment on they increased in popularity. In the beginning, there were many factors at play. One was that large companies were becoming increasingly productive, “a concern that shifted to the state, which then felt the need to be as efficient as a company,” said Oscar Oszlak, a specialist in public administrations and researcher at the Center for Studies of the State and Society. He added that, “the concept of management and of the necessary professionalization of management was already being established in big companies.” Another factor that weighed heavily on the situation, Oszlak said, was “a certain fatigue when it came to so-called ‘political machines,’ which exploited public positions for the sake of gaining power.” ICMA, which keeps track of the different types of government and advances professional local government, says that today this type of government is increasingly common.

The logic behind such a method of organization is that politics has a role in establishing priorities and plans of action, yet in practice it is a purely technical matter. If a good administrator is not necessarily one who wins elections, why not separate the two roles and professionalize the role of mayor, making it a career? Have a specific training program for the city managing with the aim of imitating private sector methods.

“A large proportion of the executives appointed to local American governments have a master’s in business administration or a master’s in public administration,” explained Oszlak, clarifying that although this is one thing that makes it possible to count on an efficient government, it is not the only thing. “I don’t mean that an elected mayor is less efficient than a professional one, because often leadership qualities make up for that. And on the other hand, management does not only depend on the leading figure but also on those in supporting roles,” he said. An elected mayor with a good team could be just as efficient and have more legitimate support from voters.

In Argentina, a re-evaluation of local governments is also taking place. In the 2013 elections, when several mayors campaigned for the National Congress, one of the attributes that set candidates apart in their campaigns was their ability to “resolve people’s problems.” Today, in the build-up to the presidential election, they have a role in the political framework. “I don’t remember having ever seen so much debate so clearly amongst mayors during a presidential election,” observed Diego Reynoso, National Scientific and Technical Research Council researcher and professor at the University of San Andrés. If, indeed, a mayors’ ability to take action in the metropolitan area has increased in the last few years thanks to the fact they are being paid higher wages, it is not management that matters but rather, as Reynoso indicated, “the great political control they have over the territory.”

Beyond the type of system — whether the mayor works like a CEO and manages the city like a business (with the lack of representation that this could lead to), or the mayor is elected and is as efficient as possible — the capacity in which cities are governed is a determining factor for quality of life. More than 90 percent of the local population lives in urban areas, and almost 50 percent in the five largest urban agglomerations. Public transport and basic services are matters that mayors are required to resolve. Whether elected or contracted, the ability to manage local teams will be crucial in defining living standards.

Sheriffs Are Elected, Though

Rather than copy the federal form of government, almost half of America’s cities have imitated the private sector and have organized themselves like companies, with a manager who receives instructions from an elected legislator. Sheriffs, on the other hand, are elected by popular vote in most states, and — in general — are replaced every four years (as with a significant number of judges), although the longevity of the job varies by state.