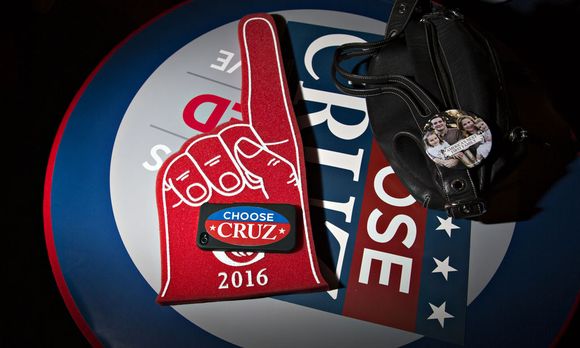 The Grand Old Party has only itself to blame for Donald Trump’s apparently unstoppable rise. Marco Rubio is the Republican establishment’s last best hope.

Watching television at home in Dallas, George W. Bush couldn’t believe his eyes. Visibly irritated by the anger being demonstrated by the Republican base as it cast ballots during primary voting in Iowa and New Hampshire, he asked a confidante if he could make any sense of what they were witnessing. This was no longer the party that had elected him 16 years earlier – the Grand Old Party of golf club Republicans and the establishment that always sent its best-equipped candidate into the ring, the one who had a proven record as vice president, governor or in Congress.

Bush’s election night amazement in South Carolina was well-founded. The Bush clan had mobilized every financial and personal resource in an attempt to at least slow down Trump’s lofty flight. But the night was still young when Jeb Bush took to the podium to briefly steal the show by announcing he was burying his presidential ambitions. The “little” Bush brother had acquiesced to the inevitable.

The ex-Florida governor, born and raised in Texas and in possession of the plumpest campaign bankroll and most sophisticated platform didn’t even appear listed in the primaries in his home turf bastions of Texas and Florida. Like heavyweight New Jersey Governor Chris Christie – who four years earlier was briefly the man of the hour – this favorite also disappeared unceremoniously off the election marathon stage, tripped up by populist competition, the anti-establishment mood in the party’s base, and last, but not least, by Trump, the phenomenon himself.

Contrary to George W. Bush’s warning, the loudest came off looking the strongest. The shrill egomaniac from New York – a candidate the likes of which the Republican Party had never seen before – certainly offered up enough contradictions and abundant areas in which he was open to attack. Yet he repelled everything aimed at him like water off a duck’s back: The attack against the pope in the controversy about immigration; the border wall he promised to build between the U.S. and Mexico; the debate about 9/11 and the Bush administration’s partial blame; the jibes against the Vietnam vets and war hero John McCain as well as Fox News moderator Megyn Kelly.

Trump’s criticism, made up of gut feelings and a bloodhound’s instinct – a bloodhound that doesn’t shy away from any dogfight – is usually aimed over and over at the same individuals, yet the tycoon has yet to do anyone serious harm. It’s high time that the media investigative corps begin taking a closer look at Trump with special attention to his bankruptcies and personal misconduct. As far as style, content and organization of his campaign are concerned, Trump has ignored every election orthodoxy. Which of his opponents would have the chutzpah as well as the courage to summarily turn down a television debate without warning?

The only hope now for the Republican establishment is that at 35 percent, Trump has already maxed out his share of the votes cast. Whether Marco Rubio – favored by the establishment – can break away from rival and fellow senator Ted Cruz and outdistance him as quickly as his strategic plan would like is, however, uncertain. Rubio is meanwhile styling himself as a “child of the Reagan revolution” and is pursuing the votes of the moderate conservatives that earlier would have gone to his mentor, Jeb Bush. The wounds of that fight, however, are deep and the blood-letting is not yet over.

The Republicans are in full panic mode worrying that nominating Trump will mean certain defeat in the general election on Nov. 8, a crisis that would plunge their party into a serious identity crisis. Forced to turn to the hard right by neoconservative ideologues, tea party fundamentalists and unscrupulous populists, this may nonetheless be an opportunity for the Grand Old Party to make a course correction back toward traditional values. What emerges would be an overdue lesson from the Trump chapter, albeit an extremely bitter one. Trump’s apparently unstoppable rise was, in the final analysis, caused by the Republican Party itself with assistance from George W. Bush’s administration.