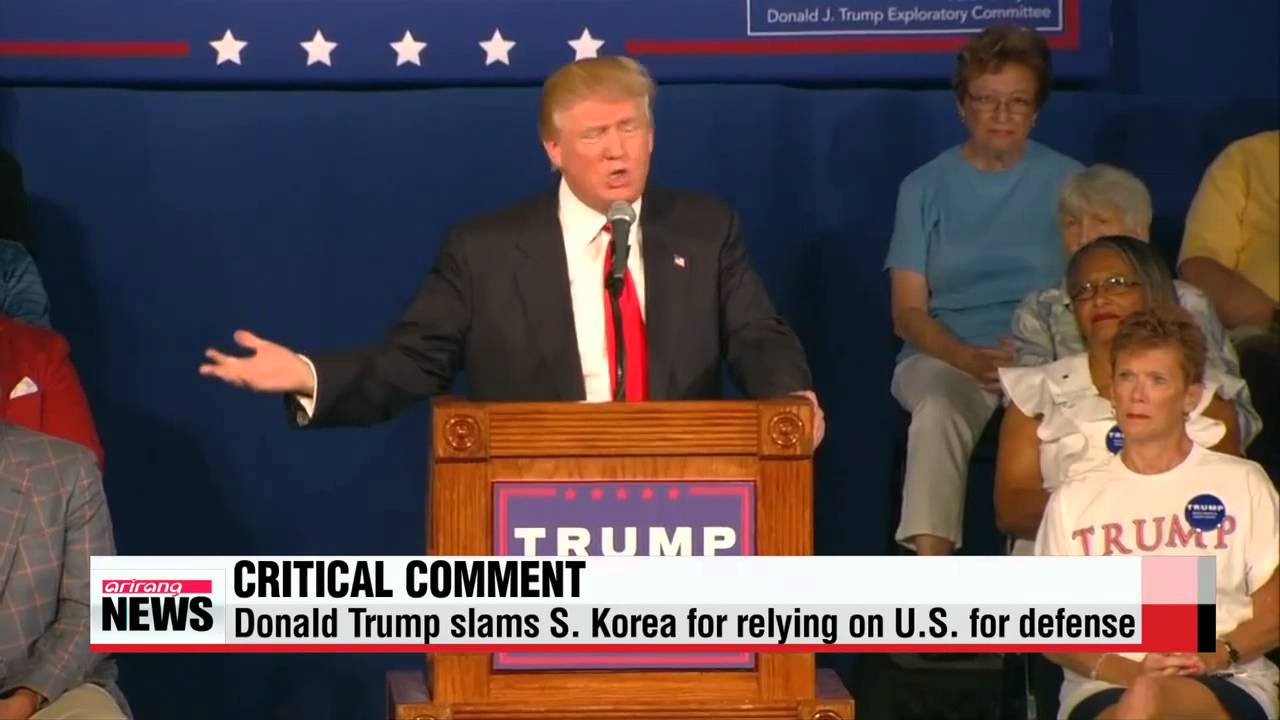 Republican presidential front-runner Donald Trump argued on May 4 that American allies, including South Korea, must pay 100 percent of their defense fees. In a CNN interview that aired on the same day, he said, “Why not 100 percent?” when asked to give his opinion on the testimony of Vincent Brooks, the current commander of the United States Forces Korea, who has said the South Koreans pay half of the annual cost for having American troops stationed there. He also remarked that if South Korea and other nations don’t “pony up,” they will need to “start protecting [themselves]” because American troops are coming home.

It’s not new that Trump has mentioned the cost of the U.S. military presence in South Korea, but it’s the first time that he called for imposing a 100 percent charge on South Korea. Trump has swept Republican primaries with an overwhelming lead, and was confirmed as the presumptive Republican presidential candidate on the same day that Ohio Gov. John Kasich, his last competitor, dropped out of the race. If the Republicans win the presidential election later this year, Trump’s assertions about the defense cost will be realized as American foreign policy.

But Trump’s assertions have loopholes because they deliberately ignore the strategic benefits America reaps from the USFK, and instead demonstrate the simplistic logic of “[serving as a] defense substitute equals [imposing a] full defense charge.” In particular, the U.S. military presence in Northeast Asia, including the USFK, is directly connected to American interests. As seen in the case of North Korea’s nuclear testing, the USFK plays a fundamental role in suppressing the nuclear arms race in the region. In requesting a charge for defense based solely on entrepreneurial ideas, Trump has completely disregarded all historical instances involving the U.S.-ROK alliance, from the Korean War to the Vietnam War in the 1960s, and to the first and second Gulf Wars in the 1990s and 2000s.

The USFK also acts as a counterweight in easing tensions in the geopolitics of Northeast Asia. The American people should be aware that high military tension between the three nations of Northeast Asia (South Korea, China and Japan) is detrimental to America’s economy since the United States is so close to these regions in terms of politics, diplomacy and economics. The South Korean government does need to pursue more active diplomacy with the United States in order to highlight the reciprocity of the U.S.-ROK alliance in terms of the USFK, but American politicians also should try to avoid comments that undermine international trust in the U.S. government.