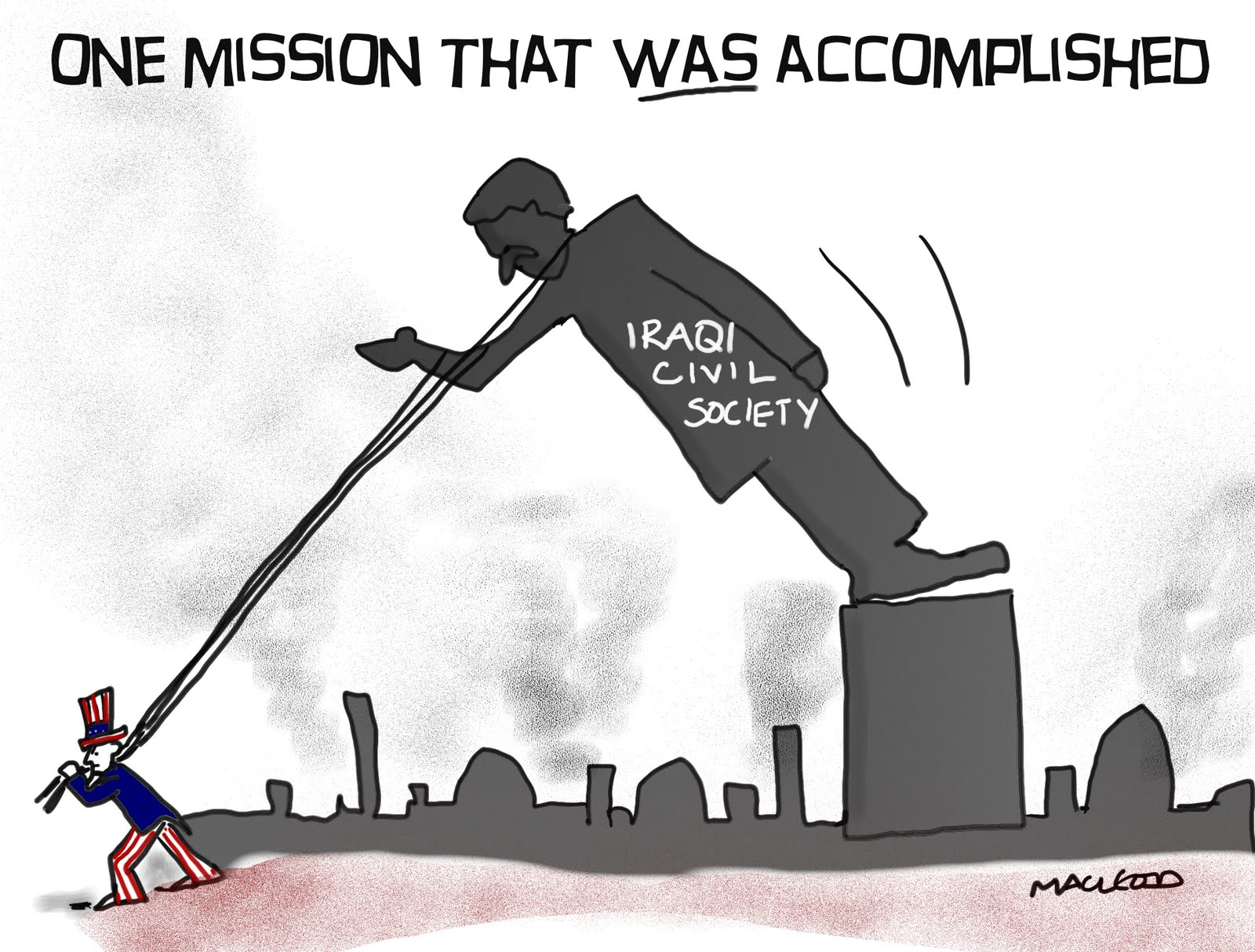 On July 6, the report of the Iraq Inquiry Committee established by former Prime Minister Gordon Brown’s administration will be released to the public. The chairman of the committee says that claims that there were weapons of mass destruction in Iraq were definitely groundless, and the reasons to go to war were “completely inefficient.”* The chairman concludes that future wars must be pursued with caution.

Taking seven years to complete, the Chilcot Inquiry Report encompasses wartime decisions, legal bases, war equipment problems and so on. The report concludes that the British prime minister at the time, Tony Blair, cannot avoid blame for the war.

The Iraq War was based on bad intelligence, a conclusion which has been the general consensus of the entire international community, including Western society. The Iraq War claimed 179 British and thousands of U.S. military lives, as well as the lives of hundreds of thousands Iraqi citizens. The war also upset the original structure and power of the Middle East. The chaos present in the Middle East today has much to do with the war. It is clear that these evil consequences require an explanation; the Chilcot Report both explains this and also paints a clear picture of the British-American elite.

Blair and England can only be called an “accessory” to the Iraq War; President George W. Bush and his administration are really the “principal offenders” for launching the war. At the time, Saddam Hussein had just been overthrown, Bush ordered a large amount of materiel and manpower to look for Iraq’s “weapons of mass destruction,” but the U.S. ended up empty handed. Such a big mistake is impossible to cover up, and yet the U.S. has adopted a “bland” attitude.

The Chilcot Report has emerged too late. At the moment, the effort to improve the schism and chaos of war in Iraq is not working, English-American political strategy is not having a very big impact. The hanging of Saddam years ago did not bring any comfort to Western countries. Nevertheless, war deliberations have taken a dramatic turn since they began and are likely to offer much upon which to reflect. Even if modern Western society is unwilling to reflect on the meaning of this, history will help them do so.

First, there was faulty intelligence from the Iraq War, and at the time, the English and the Americans, acting with completely false information, told people to believe in them. American and British strategy guided the entire society’s way of thinking and reasoning. Intelligence agencies and mainstream media make strategic decisions in the best interest of the country. This has to do with “political correctness” to such an extent that if a presumption is wrong, all of society nevertheless follows along.

Second, the U.S. did not launch the Iraq War on such a large scale only to remove Iraq’s “weapons of mass destruction.” Before the war, Western investigators had already said that Iraq did not have the capability to produce nuclear weapons, long distance missiles or biological weapons. Bush’s administration’s primary goal was to topple Saddam’s regime, and the American elite more or less tacitly understood this. It is because of this that the Chilcot Report’s findings on America’s impact with respect to the attack are limited.

Third, the Iraq War did not have United Nations Security Council approval. British and American armies defied the Security Council in launching the war. This is the kind of headstrong behavior that comes from arrogance and prejudice. It is this same kind of thing that has its roots in the American elite, whose misconceptions and “disinformation” about the world still prevail in the United States.

Fourth, the start of the war by the United States and England should be considered unjust, and yet world opinion has not seen it this way. The U.S. and England are much more willing to reduce mistakes to a matter of “bad intelligence” and use the “justice” of overthrowing one dictator to cover up the mistakes, overlooking the injustice inflicted on several hundred thousand civilian lives, the ruination of regional peace and the creation of an influx of terrorism.

Fifth, in the years after the Iraq War, people are gradually realizing that the Middle East cannot be changed. Describing the Bush administration’s plan to “change the Middle East” as unimportant is idealistic, but saying that it was important is only political and cultural arrogance. Viewed within today’s political and cultural context, the United States has refused to strengthen the awareness of society or to speak out about the situation.

Sixth, the Iraq War opened a Pandora’s box in the Middle East; releasing many demons that cannot be put back. By examining themselves in the Chilcot Report, the English have shown much courage, but on the other hand, the Western system continues to shirk responsibility. Of all the mistakes made during the Iraq War, neither the U.S. nor England accepts direct responsibility. The U.S. and England throughout the entire process were “correct,” “just,” and “conscientious,” but to add them all together is wrong. The West is just so wonderful.

*Editor’s note: Although accurately translated, the quote of the committee chairman could not be independently verified.