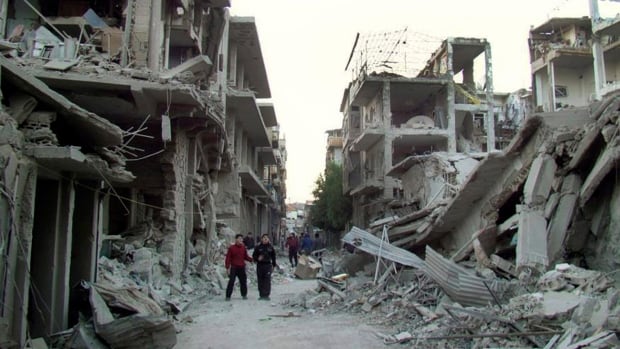 Political analyst Vyacheslav Matuzov on whether the United States will be capable of fulfilling its obligations toward settling the Syrian crisis.

Today marks a week since the day that, after extended, hours-long talks, the Russian Minister of Foreign Affairs Sergei Lavrov and his American colleague announced an agreement on a package of five documents related to strengthening the ceasefire in Syria, ensuring humanitarian access and the joint combat against terrorists in that country.

The ceasefire concluded under the attained agreements entered into effect on Monday, Sept. 12, but immediately afterward, 21 armed Syrian opposition groups, including Ahrar al-Sham, refused to observe the ceasefire regime and reported that they will continue the armed struggle against the government of the Syrian Arab Republic “until the last ammunition round.”

In response to these statements, the Russian Ministry of Foreign Affairs called on everyone who has influence over those groups and, above all, the American side, to “finally resolve things with their clients.” But, here, the question arises: How capable are our American partners of influencing those they have supported all this time?

Such a question also arises because the American side stubbornly opposes the publication of this agreement. This, in turn, makes us think that the document has clauses which, upon publication, will engender problems for the United States with its allies, which include both Saudi Arabia and the other Arab countries — and primarily with those insurgents which it has trained over the course of five long years under its program of destabilizing the Middle East and overthrowing Bashar al-Assad.

I think all this has an impact on America’s real capabilities to implement the recent agreements between Kerry and Lavrov.

I will not directly accuse the United States of not wanting to achieve the ceasefire by boycotting the corresponding agreement. It is quite obvious that the U.S. is simply incapable of fulfilling it. In the five years of the Syrian crisis, the United States has fostered a situation that, at present, does not allow it to monitor the groups that it supported morally, politically, militarily and intelligence-wise.

If we speak exclusively of foreign factors, Americans are also a bit apprehensive that Washington’s slightest attempts to implement the agreements toward resolving the Syrian crisis will increase tensions with their allies.

The second factor that strongly affects both the situation in the region and the behavior of the oppositional militarized groups above all, are the internal divisions in the U.S. administration. We hear statements from Secretary of Defense Ashton Carter that fully contradict the agreements signed by U.S. Secretary of State John Kerry.

This could only mean one thing: the U.S. administration still has not developed a single position on the subject of resolving the Syrian problem.

The military continues to refuse to cooperate with Russia, which Ashton Carter openly talks about. At the very moment when Kerry signed the agreement, Carter declared that any talk of cooperation and even coordination of action between U.S. and Russian armed forces would be impossible. Kerry signed the agreement on the creation of a single military monitoring center, which will begin to monitor all aspects of the ceasefire.

As a result, an interesting picture emerges: On the part of Russia’s allies — meaning Syria, Iran and the Lebanese Hezbollah — we see total readiness to implement the reached agreements. Even the leaders of the Hezbollah troops have openly and officially declared that they support the agreement signed by Kerry and Lavrov. Meanwhile, the Americans’ allies such as the Ahrar al-Sham (which is banned in Russia) and their colleagues refuse to acknowledge the reached agreements.

Not too long ago, I appeared on Sky News channel with the leader of the Ahrar al-Sham, who declared, during the live broadcast, that, “We never recognize agreements signed by America or Russia or any other ceasefire. We will continue the war until Bashar al-Assad’s regime is completely overthrown.”

These are the real conditions that America faces. These conditions were created over the course of five years and, at present, Americans cannot rid themselves of this burden by any means. I believe this is the main reason that these agreements were bogged down.

Sixty shootings have been recorded over the course of two days — 60 breaches of the agreement. I believe this testifies to the Americans’ inability to fulfill the obligations they have taken on.

Russia has demonstrated sufficient flexibility in these circumstances. The Ministry of International Affairs of the Russian Federation has offered to extend the effectiveness of the agreements for another 48 hours. We are attempting to achieve a genuine ceasefire and a genuine political process. Perhaps, the Americans would have wished to act toward that end, but cannot. That is their problem.

I believe that our high level of activity is currently helping them climb out of this cesspool and finally implement the five agreements which, at present, are absolutely essential to not only Syria, but also to Barack Obama as the outgoing president. In order to demonstrate that he has earned the Nobel Peace Prize after all, he must close the “Syrian dossier” one way or another.

The author served as adviser to the Soviet Embassy in the United States between 1990-1992 and now heads an organization on the Near and Middle East.