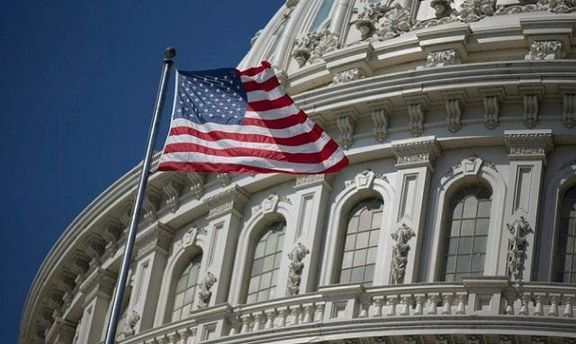 Congress has rejected President Obama’s veto of JASTA, overcoming the veto with a convincing vote of 97-1 in the Senate and 348-77 in the House of Representatives.*

This law gives authority to the families of victims of the 9/11 attacks to file lawsuits against Saudi Arabia. In fact, it comes in response to the American Congress’ many guesses speculation about the relationship between the terrorists involved in the U.S. attacks and Saudi authorities. However, this relationship was never proven.

This is a novel law which abolishes the concept of sovereign immunity of countries. Now it’s possible to sue a foreign country in U.S. court if the plaintiff asserts that the given country (here, Saudi Arabia) has not done enough to prevent an attack.

Ukrainians who have suffered not only from the Russian Federation, which doesn’t do anything adequate enough to deter terrorists, but which also simply encourages and organizes terrorist activities against Ukraine, may find the innovative American law interesting and promising.

However, it is not that simple. The consequences of such decisions can have negative and far-reaching consequences and not only for the United States. President Obama made the lawmakers “sad.” He called his veto a political decision made before the election, which does not account for all the consequences.

What is this about? The U.S. president worries, and not without reason, that this decision will open a legal Pandora’s box. The U.S. can expect hundreds, if not thousands, of lawsuits against the U.S. military and, generally, against the U.S. around the world.

But in understanding the delicacy of the situation in relation to the Americans, whose families were victims of the attacks of 9/11, the president obviously does not want to talk about other more probable consequences of the law that was approved by Congress.

First of all, Saudi Arabia is one of the largest buyers of U.S. weapons, around half-billion dollars. Now the U.S. can expect not only the loss of such a large and important buyer, but also the loss of the United Arab Emirates and Turkey (in terms of purchasing American weapons). Competition in the arms market is very high. Saudi Arabia has already started buying weapons from European countries and in quantities several times larger than the number of weapons they bought from the United States. This means financial losses measured in the billions, which is a loss of jobs for Americans.

By causing a painful blow to the image and pride of Saudi Arabia, U.S. lawmakers could seriously change the schedule of world energy markets. At the very moment when U.S. lawmakers voted to reject the the presidential veto on JASTA, OPEC announced its decision to reduce oil production. In response, world prices for this key product immediately increased by 5.4 percent.

In general, the political balance of power has been changing in the Middle East. Saudi Arabia is likely to stop being a major ally in the region for the United States. Also, relations with Turkey are likely to deteriorate due to the extradition of Turkish writer Fethullah Gulen. Sunni countries in the region as a whole are extremely unhappy with the position (or lack thereof) of the Obama administration on the Syrian issue. There is more displeasure by Sunni states in the Middle East over the negotiated agreement between the U.S. and Shia Iran.

It is worth noting that Saudi Arabia, which has just received a slap from the U.S., is likely to be forced to find a way to compensate for the slight to their image. Whether or not Saudis will withstand the temptation to do something against Iran, which is on the brink of war, the big question is whether the U.S. can now count on Saudi Arabia in the fight against the Islamic State.

Thus, it appears that what seemed to be a righteous and fair intention to protect the rights of Americans affected by the terrorist attacks has turned out to have such consequences that may negatively affect all U.S. citizens. And not only the United States.

We can only count, perhaps, on the wisdom and restraint of the Saudis.

*JASTA stands for the Justice Against Sponsors of Terrorism Act, which allows relatives of the victims of the 9/11 attacks to sue Saudi Arabia.