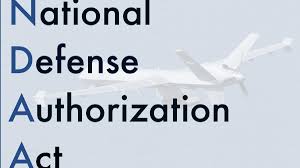 On Dec. 23, 2016, President Obama signed the Defense Authorization Act for Fiscal Year 2017, paving the way for a backslide of American policy with regard to the Taiwanese problem.

The National Defense Authorization Act, recently voted on and approved by both houses of Congress, asked for “promotion of high-level military exchanges between America and Taiwan to improve U.S.-Taiwan military relations,” and made a point to say that “high-level” referred to American military leaders and officials at or above the level of assistant secretary of defense.

Taiwan-related content was added to the National Defense Authorization Act under the label of Congress-related issues, which only serves to express Congress’ opinions and positions on certain issues; even if related bills were signed into law by the president, they would have no binding legal power on American administrative agencies, however, the malicious impact and negative influence of such words remain.

The Taiwan issue is fundamental to China’s national policies, China’s national sovereignty and territorial integrity, the most important and sensitive issue in China-U.S. relations. China has always opposed any form of official exchange and military contact between the U.S. and Taiwan. However, America has long made nothing of its erroneous words and actions on the Taiwan issue. In fact, it has tried to make excuses for such deeds.

Ever since China and the U.S. have established diplomatic relations, various American administrations have had a standard position on Taiwan: agreeing with the “One China” policy, and abiding by the three Sino-U.S. joint communiques, while also saying it would follow its own relationship guidelines with Taiwan. One can imagine that if questioned about the Taiwan-related statement in the National Defense Authorization Act, America’s official spokesperson would continue in the same vein.

The problem here is that the so-called relationship with Taiwan is unilaterally decided by America, which defies principles in the three Sino-U.S. joint communiques. After America jointly issues the communiques with China, it turns around and releases the National Defense Authorization Act regarding its relationship with Taiwan. This puts limits on China-U.S. relations, and provides a domestic legal basis for America’s continued sale of weapons to Taiwan and its official relationship with Taiwan. America is contradicting itself by agreeing with Chinese policies in the three Sino-U.S. joint communiques, which are serious and important international agreements, then betraying its own words with its domestic laws.

Such behavior is not rare for America. In 1982, after some discussion, China and the U.S. released the “August 17 Communique on Arms Sales to Taiwan,” one of the three Sino-U.S. joint communiques which regulates its sale of weapons to Taiwan. Then, America proceeded to offer Taiwan the “Six Assurances” violating the Aug. 17 communique. Such unethical behavior is not up to international standards. Some internal American forces also insist on making “Six Assurances” the law. In addition, America likes to play legal games, claiming that the National Defense Enforcement Act legally overrides the Sino-U.S. joint communiques, attempting to reduce, disrupt and damage the effectiveness of the joint communiques.

It is obvious that America is violating the One-China policy, interfering in domestic Chinese affairs, violating Chinese sovereignty, harming Chinese national security, damaging the peace and stability across the Taiwan Strait and using the Taiwan issue as a tactic in dealing with China. America has always had many grandiose excuses to explain itself and to make its story work, and ultimately, there is its hegemonic attitude. The same behavior also shows up when the U.S. deals with problems in the South China Sea. America likes to talk about the rule of law, regulations, international laws, etc., even as it continues to besmirch China’s image and brands itself as an “angel of peace” and the embodiment of justice, all the while covering up its strategic intentions.

The author is a special commentator for the People’s Daily [Overseas Edition] and a distinguished researcher with the China Institute of International Studies.