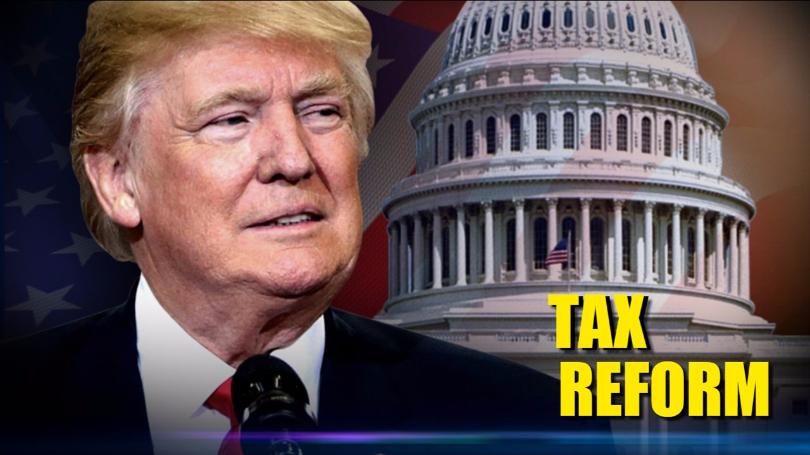 Donald Trump’s tax reform program was finally announced last Wednesday. Its immense scale and significant impact exceeded any tax cuts in the history of the United States. The content of the tax cut and the direction of the tax reform announced are basically consistent with what was proposed by Trump during his campaign, proving that Trump is still trying to fulfill his promise.

The most dazzling content of this tax reform includes cutting the 35 percent corporate income tax rate to 15 percent, as well as adjusting the number of individual tax income brackets from seven to three while doubling the standard deduction. In addition to the content of the tax cut, the program also includes supporting details on tax reform, such as repealing the estate tax, abolishing Obama’s Medicare tax, establishing a territorial tax system, reducing tax on overseas corporate profits and repealing the individual investment income tax. In short, it can be expected, from the very start of this tax reform program, that the goals of significantly reducing corporate taxes and alleviating the burden of the lower-middle class could be achieved. The program will revitalize corporate investments and expand employment, conducive to stimulating consumer spending potential and having a positive effect on the long-term growth of the U.S. economy.

Of course, the tax reform itself is a very complex undertaking, and a full balance between the interests of all parties is very difficult to accomplish. The two parties in Congress and the elite have disagreed about the fairness and potential negative impact of the program. The debate mainly focuses on individual income tax rates being maintained at the 20 percent and the 25 percent levels rather than being reduced to 15 percent. The controversy over the individual income tax concerns how taxation can be fairly applied to the different upper, middle and lower classes, embodying the principle that the rich should pay more taxes, while highlighting that this program is designed for the government to clearly benefit the 1 percent high-income group in the U.S., including the Trump family itself.

Trump’s anxious introduction of tax reform is for none other than the following three reasons. First, his achievements during his first 100 days have been unremarkable, with domestic policy issues looking lackluster. The tax cut plan has been long-awaited by the nation, and it has the ability to strengthen public opinion. If implemented by next year, the program will be in time for the midterm elections in the U.S., thus having a clear effect on improving approval ratings. Second, there have been successful cases of tax cuts in U.S. history. Trump firmly believes that the American economy will once again prosper as a result of reducing corporate taxes and individual tax burdens. Third, the true intention of Trump’s “America First” policy is to reap the benefits of preventing large-scale foreign investments by American multinational corporations. He hopes that the climate for domestic investment will improve under the tax cut plan, encouraging American investments overseas to return to the U.S. while increasing jobs at home.

Based on an impact analysis, the tax reform program may have a combined effect far beyond the U.S., because the financial burden from the huge tax cut is, in fact, equivalent to the financial implementation of a quantitative easing policy. Assuming that the U.S. economy could recover with a growth of 2 percent or more, inflation would continue to rise, which would very likely lead to a continued increase in the U.S. interest rate, triggering an increase in the U.S. dollar or causing the U.S. Dollar Index to remain high. These results would have significant impacts on the flow in the international capital markets. At the same time, establishing a territorial tax system and lowering the tax rate for repatriation of overseas income will be beneficial in stimulating U.S. multinational corporations to repatriate investments and global capital to invest in the U.S., which will undoubtedly have a new impact on the flow pattern of international capital which deserves our close attention.

In addition, new contradictions will be generated in trade. With the rise of domestic consumption in the U.S., the growth of American imports is bound to show strong momentum, resulting in a significant increase in the constant deficit situation. Whether all these would add new contradictions to the trade imbalance between China and the U.S. will require our close monitoring.

Although the American tax cut program is not a perfect program, and the probability of its approval during the first round in Congress is quite low, we should reinforce our analysis on the impact of the tax cut, and grasp the probable consequences it would have on the American and the world economic landscape, so that appropriate precautions can be taken.