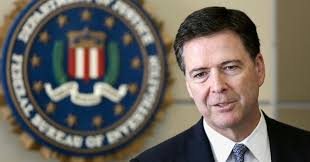 James Comey’s hearing turned into a disaster for the U.S. president. In the end, the former FBI director pulled a trump card that stirred up even more trouble for Trump. He himself is to blame for this.

Former FBI Director James Comey’s message to Donald Trump during his Senate hearing can be summarized in two simple sentences: You messed with the wrong guy. And: You have nobody else to blame but yourself. It definitely was clear that impulsive Trump, who likes to bring down his lawyers’ arguments and strategies with angry tweets, was no match whatsoever to this administrative fox when it comes to tactical finesse.

Not only did Comey start recording their conversations following his first problematic discussion with Trump, but he also promptly shared these records with his closest staff members to prevent the memos from being refuted. And he did not file them as confidential, to avoid the Trump administration making their publication more difficult under the pretext of confidentiality. In comparison, Trump came across as someone who brought a wooden club to a fencing duel.

Comey’s testimony is all the more astonishing for stating that Trump has himself to blame for Comey becoming such a skilled opponent. This refers to Trump’s behavior when Comey was still director of the FBI, but especially to the president’s rude behavior toward the FBI and Comey after his dismissal.

Trump’s first mistake was to actually try and make someone like Comey a dependent servant. To start with, the newly appointed president demanded loyalty from a functionary, whose job is intended to be outside of politics, and he gave the impression that Comey’s job security depended on his good conduct. It might be the case that Trump has not encountered many functionaries with integrity, such as Comey, and that incorruptibility is a foreign word in the world of New York’s real estate entrepreneurs.

A little research into Comey’s career, however, would have made it sufficiently clear that Trump’s demand for loyalty would set all alarm bells ringing for Comey. Take for example the role Comey played in 2004 to prevent the White House from pushing Bush’s Attorney General John Ashcroft, his boss at the time, who had just had an operation and was not capable of making decisions, to continue with a bugging operation that the department had just declared illegal. With his robust actions, Comey demonstrated that he would not kowtow to the White House if it prevented him from doing the right thing.

Just as astonishing is the fact that in mid-February, Trump demonstratively made all witnesses leave the room to push Comey in private and without witnesses to stop investigations against his newly dismissed national security adviser, Michael Flynn. The circumstances of this conversation must have seemed like an accumulation of suspicious facts to a law enforcement officer such as Comey. If one does not want witnesses, then one must know they are overstepping a line that should not be crossed, fueling the suspicion that they have something to hide.

And then came the dismissal, which no president before has ever done with such a lack of style. In the span of a few days, the White House issued completely contradictory statements as to the reasons behind Comey’s dismissal, which in itself is rather suspicious. And then the boss goes and admits in an interview the real reason for his decision: the Russia investigation. This pretty much equaled self-incrimination, which seemed to confirm suspicions that Comey had been fired in an effort to brush the Russia investigation under the table.

In addition, there is Trump’s criticism of Comey’s leadership and the allegations of mismanagement at the FBI. “[T]he administration then chose to defame me and more importantly the FBI by saying that the organization was in disarray, that it was poorly led,” said a visibly outraged Comey in front of the Senate. “Those were lies plain and simple.” And it seems to have contributed in no small measure to the fact that Comey would not stand for this.

However, what really got the ball rolling on the topic of “obstruction of justice” was a tweet by Trump warning Comey about leaks and suggesting there might be recordings of his conversations with the FBI director.

That was when Comey realized that documents might exist to prove his memories of the conversations with Trump. Up to that point, Comey and his closest members of staff knew: “It is was your word against the President […]” when trying to prove Trump’s infringements. “[N]o way to corroborate this. My view of that changed when the prospect of tapes was raised,” said Comey. After Trump’s tweet, Comey woke up in the middle of the night with the idea of making the contents of his memos public.

Comey then gave the respective memo to journalists via a friend. Trump’s lawyer denied this sequence of events on Thursday, pointing out that the first leak of the conversations between Trump and Comey had already been published in The New York Times a day earlier. However, the Times did not quote the memo itself, but rather stated that the source was members of staff who were close to the FBI director and whom had been informed about the contents of the memo.

Comey had a primary goal when he made Trump’s attempts at obstruction public: He wanted a special investigator to be appointed, and one who would not be influenced by the White House. He actually achieved this when Rod Rosenstein, the deputy attorney general who had been duped by Trump himself, appointed Comey’s predecessor at the FBI, Robert Mueller, as special investigator, without consulting the White House, two weeks ago.

Mueller has the independence and reputation necessary to be potentially dangerous to Trump. He is also a close companion of Comey. They worked closely together in 2004 to protect Ashcroft from the White House intrigue.

At the hearing on Thursday, Comey was able to play another small trump card. It is Mueller’s job to find out whether Trump is guilty of obstruction of justice, said Comey – casually making it clear that a completely new aspect had been added to the Russia investigation. The ditch that is the Russia investigation has thus become even deeper for Trump. And he dug it all by himself.