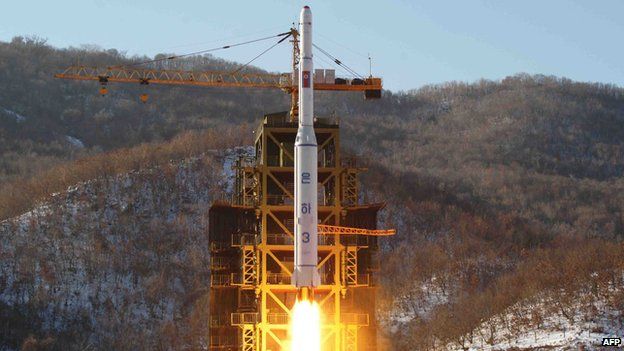 North Korea carried out its sixth nuclear test on Aug. 29, in defiance of a United Nations resolution which prohibits nuclear development and the firing of missiles. North Korea’s actions also expose surrounding regions to danger, a fact that the international community as a whole cannot ignore.

This marks the fourth nuclear test under Kim Jong Un, chairman of the Workers’ Party of Korea, since last Sept. 9, the Day of the Foundation of the Republic. North Korea’s state news agency announced that the latest test, loading a hydrogen bomb onto an intercontinental ballistic missile, was a “perfect success.”

In July, North Korea ran two tests of the Mars-14, an ICBM that could reach America’s mainland. Furthermore, it announced plans to fire ballistic missiles into the waters near Guam, a location of key importance to the American military. After strong backlash from America, it seemed North Korea would give up on these plans, until suddenly, it launched a missile over the skies of Japan.

Ignoring additional sanctions and critical remarks from the U.N., North Korea is showing off its ability to defy America through its continued nuclear development. Perhaps this is also a way to make certain demands: demand that America cease its anachronistic hostility policy, demand for a peace treaty or demand that America and South Korea cease their joint military exercises.

North Korea is also transparently showing its intentions: to flaunt its new status as a nuclear power, to compete with America, to increase its authority at home and to solidify a hold on its existing power.

North Korea claims that its fourth nuclear test – the detonation of a hydrogen bomb – was successfully completed last January. It also claims that last September, it developed warheads that could be affixed to ballistic missiles. We must carefully verify just how much nuclear technology North Korea plans to acquire, but two things are certain for now: the explosion from this test was the largest one yet, and the military threat that North Korea poses is growing stronger.

In order to deter North Korea’s acquisition of nuclear missiles capable of reaching America, President Trump has said that “all options are on the table” – including the use of military force. But launching an attack is not such a simple matter, considering it could lead to an all-out war.

Having anticipated such a response from America, North Korea remains stubborn – a stance which can only be called reckless. If it remains on this path, the rest of the world should respond by deepening North Korea’s isolation.

Japan seeks further resolutions against North Korea, such as an oil embargo and a ban on employing its workers, in order to cut off funding sources for nuclear and missile development from nations with a larger influence. In order to adopt these resolutions, however, the U.N. needs the support of nations with a stronger influence over North Korea, such as China and Russia. China and Russia must recognize the severity of the threat at hand and join forces with the countries of the U.N. to tighten the net around North Korea to prevent any further recklessness.