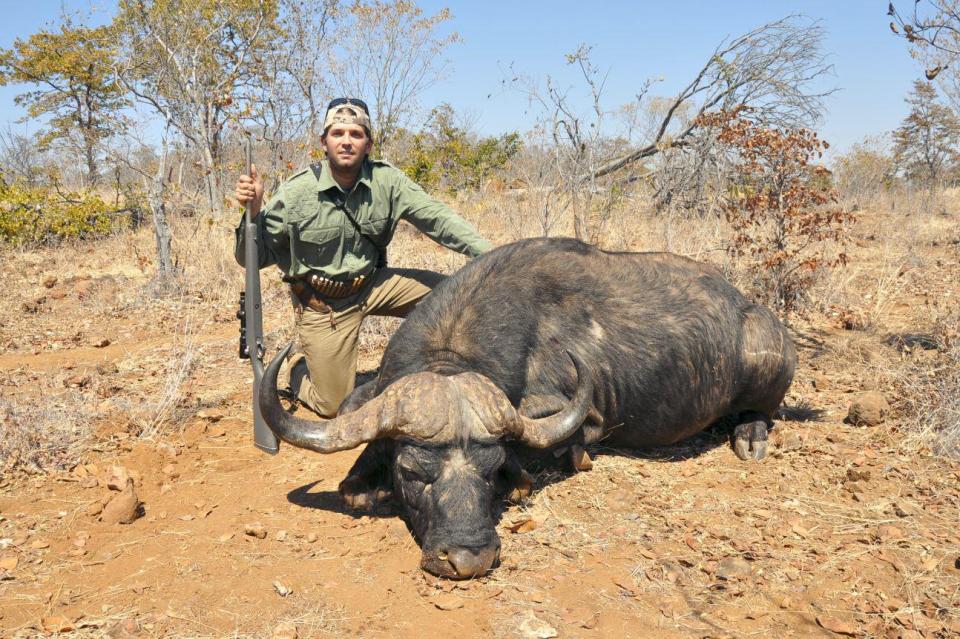 Donald Trump seems to want to do the right thing. Apparently, he is planning to withdraw a regulation that allows big game hunters to import their trophies, such as elephant heads from Africa, into the U.S.

In 2014, Trump’s predecessor, Barack Obama, banned the imports of trophies, at least from Zimbabwe and Zambia, against massive resistance from the American hunting community. Between 2007 and 2014, the elephant population in both countries declined by nearly 30 percent. The U.S. Fish and Wildlife Service has just scrapped Obama’s regulation. Allegedly, they did so because conditions have improved considerably. It relaxed the ban for Zambia at the beginning of the month. Zimbabwe was to follow last Friday. Until Trump put a stop to it. He is planning to make a final decision in the coming days.

Maybe Trump had childhood memories of a beautiful afternoon at the zoo, The New York Times offered, in an attempt to give a plausible explanation for Trump’s surprise move. Or was it a sudden sense of loyalty toward the symbol of the Republican Party, which he more or less leads?

According to White House staff, it is simpler than that: The president just likes elephants, they say. He says he did not know abut his administration’s decision to scrap Obama’s regulation. He heard about it on the media. That is also where he heard that he was held personally responsible for the decision, even though he had nothing to do with it.

As he has done many times before, Trump used his favorite channel, Twitter, to convey the crucial message. Last Friday, he wrote that he would suspend the new regulation. On Sunday, he added that he would make a decision in the coming week. But it would be difficult to convince him that “this horror show in any way helps conservation of elephants or any other animal.”

For that is the argument the U.S. Fish and Wildlife service is making. It wanted to tie imports to tough regulations. It wanted hunters to donate money to organizations that would promote the protection of the animals. This would raise millions of dollars. A well-regulated hunt would be better than poaching. Paul Babaz, president of the hunting association, Safari Club International, said: “Honestly, we have the science on our side.” Well, even so, relying on science when you argue with Trump is never a good strategy.

Those who are familiar with Trump’s media consumption know that the conservative moderators who railed against the lifting of the ban might have influenced him most. Laura Ingraham, of Trump’s favorite channel, Fox News, said on Monday: “The ruling was absurd,” and asked: “Who could ever shoot these majestic creatures?”

Well, Trump’s sons, Eric and Donald Jr., for example. Both are passionate big game hunters. Pictures of them posing in front of and behind anything that can be shot were circulating on the Internet. One picture shows Donald Jr. holding the tail of a dead elephant in one hand and a knife in the other. The legs of the slain elephant are visible behind him.

On the other hand, Eric Trump’s wife Lara is a vocal supporter of the animal rights movement. Lara and Eric Trump’s conversations over breakfast must be very interesting. Trump never forbid his kids to hunt. But he did not support them either. Apart from the fact that he provided the money that allows them to practice this exclusive hobby.

In the end, Trump seems to have a blissfully childish relationship with elephants. It is common knowledge that these animals are not doing well in captivity and even less so in the ring of a traveling circus. But when Ringling Bros. suspended their elephant show following pressure from animal rights activists in 2016, Trump tweeted: “@RinglingBros is retiring their elephants– the circus will never be the same.”

Trump was right. One year later, the circus shut down – visitor numbers were too low after the popular elephant shows came to an end. For the elephants, however, this was good news.