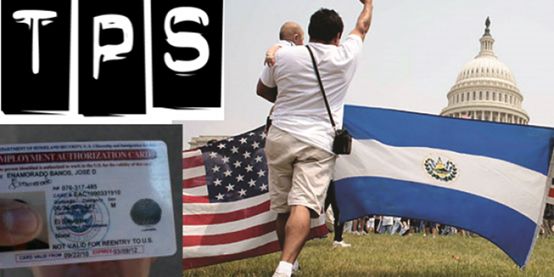 While the plan to eliminate the Temporary Protected Status program weighs heavily on the thousands of Hondurans living in the United States, the latest deportation statistics give hope of a possible reconciliation. The numbers of those making the exodus to the north are falling, due as much to the increased risks and difficulty as to the improvement of employment and security conditions in our country. There will always be those who make the journey, but most of them no longer abandon their homeland and family unless they are in imminent danger, particularly youths in cities, towns and villages.

The city of Miami’s recent decision is significant. Spearheaded by Mayor Francis Suarez, it calls on the Trump administration to reconsider the measure on TPS for Central Americans and Haitians, which would affect 44,800 people in the state of Florida who currently benefit from the immigration status. And it’s not the only group of state officials calling on the White House to consider the damage that will be done to the U.S. economy and the pain of thousands of families who, after living in the country for decades, would be deported; a true injustice to their American children.

This is the fear the undocumented face. In these times of raids and crackdowns, life is a game of roulette, where walking down the street, being at work or having a broken taillight could be all it takes to send you back. Despite this tense situation in U.S. cities, the numbers tell a different story, with deportations lower in every month this year than in the previous two years. Some 6,000 Hondurans were deported from the U.S. by plane, but even more were deported from Mexico by land. Trump’s threats and the tightening of border security have dissuaded many from embarking on the journey, which connects with the greater work opportunities and peace in our country, according to Honduran officials.

It’s difficult to get a clear account of it all, given the conditions that lead Hondurans to abandon the country. However, the authorities reiterate that “there are less and less people leaving in search of opportunities abroad.” We need to improve the quality of life in our country to continue to slow the exodus, prevent people from becoming victims of the dangerous journey, and for those already living abroad, ensure they are treated fairly under the law, which protects their personal security and family stability.