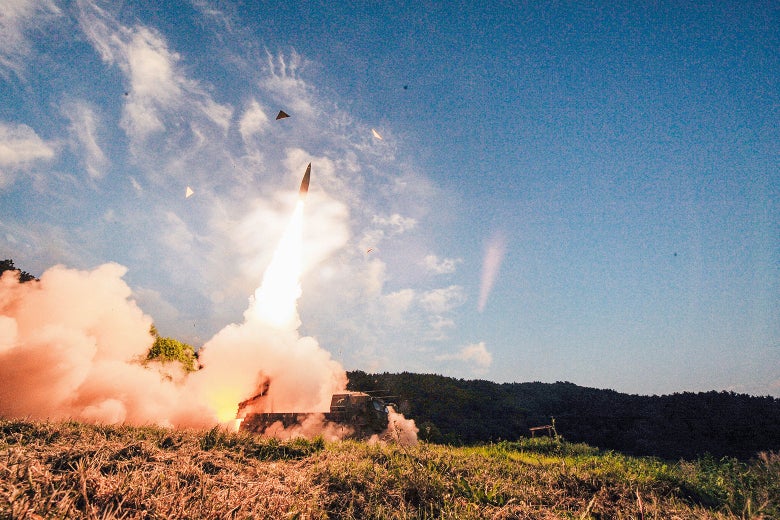 The false missile alarm in Hawaii strongly underlined the fact that almost three decades after the end of the Cold War, people envisage themselves being victims of a nuclear attack. Last Saturday, Honolulu’s residents sought refuge for themselves and their families – refuge which did not exist. Many thought they only had 15 minutes to live before they would be struck by a North Korean nuclear missile. They were finally informed that it had, in fact, been a false alarm.

What a harrowing experience, and what a political lesson – fear has returned. And there is good reason (or rather, bad reasons). Even the pope is concerned about the possible use of nuclear weapons. “I am really afraid of [a nuclear war],” the pontiff said Monday on a flight to Chile.

It is a disturbing coincidence that exactly one day before the false alarm in Hawaii, a draft of the Pentagon’s Nuclear Posture Review was published. The publication is part of a regular review of U.S. nuclear policy by the U.S. government. The Huffington Post got hold of a copy and made the document public.

In its preliminary remarks, the report looked back on disarmament successes since the Cold War. Since those days, more than 85 percent of American nuclear weapons have been destroyed – a huge triumph. “It was a promising time,” the report said. But hopes of further disarmament, perhaps even of a complete elimination of nuclear weapons, have not been realized. “The world is more dangerous, not less,” the Pentagon states.

How different this message is from the tone that was struck in the last Nuclear Posture Review presented by the Obama administration in 2010. At that time, there was still the express aim of downscaling the role of nuclear weapons. Today nuclear weapons once more gather ever growing significance. “We have said goodbye to the goal of a world free of nuclear weapons,” says Oliver Meier, disarmament expert at the German Institute for International and Security Affairs in Berlin.

It’s true; the world has become more dangerous. Russia, conventionally following NATO protocol, will not rule out a quicker nuclear response in the event of conflict. “Escalate to de-escalate.” This is the formula of the paradoxical Russian nuclear strategy.

China, too, is expanding its nuclear arsenal. For two years now, North Korea has been boasting about its nuclear and missile tests. After six nuclear trials and the completion of three intercontinental missiles, ruler Kim Jong Un has declared his land a nuclear power and announced that this year will see a step up in mass production of ballistic missiles and nuclear war heads; grounds enough for the Trump administration to respond in kind and begin to further arm itself. Over the next 30 years, the U.S. wants to spend $1.2 trillion modernizing the country’s nuclear weapons. In doing so, it will continue what began under Obama – the gradual renewal of its entire nuclear triad: nuclear-armed submarines, intercontinental missiles, and strategic bombers.

But under Trump the military will go one crucial step further. It plans to build new low-yield nuclear weapons. According to the military’s strange logic, the destructive power of the bombs in their current arsenal is so devastatingly great that no one would ever conceive of using them, and consequently they lose their deterrent effect.

Nuclear Weapon Use Under ‘Extreme Circumstances’

Up until now, atomic weapons were political weapons. Their goal was singular – to prevent a war, not to wage war. Now, however, the Pentagon argues that Russia and other nuclear states could cripple the whole infrastructure of the United States or its European allies, for instance, through a cyberattack. Under such extreme circumstances, that is, even in a non-nuclear attack, U.S. strategists would consider the use of nuclear weapons conceivable. In thinking that way, they utter the unutterable and do their own bit to make the world a “more dangerous place,” as they themselves write.

Of course, the version of the Nuclear Posture Review which came to light is only a draft. The document was originally intended to be presented in October, then its publication was delayed until the end of the year. Now the report ought to be made public in February, according to Donald Trump’s State of the Union address on Jan. 30. Much will be reworded before its publication, but its general meaning will not change much more.

During the presidential election, many generals may have smiled at Trump’s question as to why America possesses so many expensive nuclear bombs which it is unwilling to actually use. The fact that nuclear weapons are indeed political weapons was something these generals learned at service academy. Yet, many now will succumb to the temptation of making these weapons more compact, more flexible and more accurate. In doing so, however, they increase the likelihood that these weapons will actually be used, that is, under “extreme circumstances.”

The global trend is clear: A new nuclear arms race is beginning – and it’s not just the pope who’s afraid.