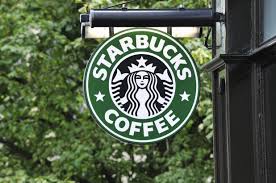 Among the works of the American author Dr. Seuss is a children’s book titled “The Sneetches.” The content is very didactic, featuring yellow animals called Sneetches. Some of these Sneetches have tiny stars on their bellies, and they discriminate against those who don’t have the stars. They brag with their snoots in the air, “We’re the best kind of Sneetch on the beaches … We’ll have nothing to do with the Plain-Belly sort!” when one day, a salesman appears and helps put stars on the plain-belly Sneetches. When every Sneetch gets a star and it is no longer special, the salesman does business doing the opposite: removing the stars for money. In the end, it becomes impossible to discern which animals were original star-bellies and which ones weren’t. The Sneetches become penniless, and only the salesman is happy from the profit he’s made.

Dr. Seuss, a Pulitzer Prize winner, wrote this book in 1953. It is a satire of discrimination based on race and culture, with the intent to teach children how ridiculous it is to discriminate. Racism in the United States is a touchy issue, as diverse races and people live together in a “melting pot,” reflected in the history of the United States, which is filled with struggles for equality. The abolition of slavery became the major cause of the American Civil War, and even in the post-war period, black people had to fight for political and social rights. The civil rights activist Martin Luther King Jr. was assassinated five decades ago by a white supremacist as he fought on the behalf of striking sanitation workers in Memphis.

Despite enacting anti-discrimination laws early on and educating children about prohibited discrimination, American society still bears the shade of racism. Despite progress made by law and in the system, it is far from gone in today’s society.

One such example is the arrest of a black man at a Starbucks location in Philadelphia.* Two black men, who were sitting and waiting for a friend before ordering anything, were arrested after the manager reported them to the police. Starbucks has had similar incidents in the past when they refused to let a black man use the toilet, and when, instead of writing the Korean customer’s name, the worker drew “Asian eyes” on the beverage cup. This time, the CEO of Starbucks himself visited the victims and apologized, made plans to close all its U.S. stores (which number over 8,000 across the country) and educate his employees despite the fact that doing so will mean an estimated loss of nearly $20 million. However, this discriminatory culture is not an issue that can be eradicated overnight. Everyone needs to learn from Dr. Seuss’s book, which teaches that discrimination and arrogance can strike them back like karma.

*Editor’s Note: Two men were arrested, not just one.