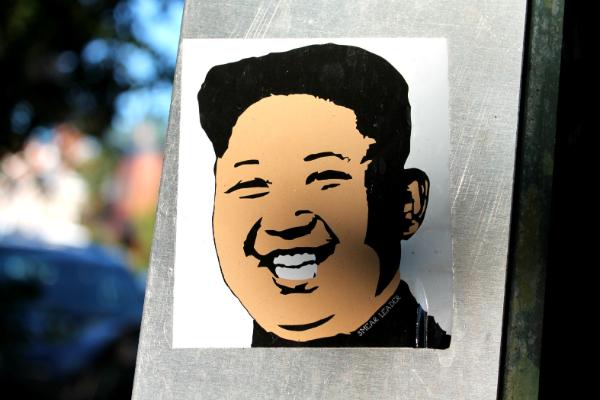 Kim Jong Un is doing things that used to distinguish Donald Trump’s business activities. He is playing an alpha male who is trying to dominate the peace process.

And the fussiness has begun. North Korea is letting us know that it could change its mind, and if that happens, agreement with North Korea will not be a thing. It also puts in doubt the June summit with Kim and Trump. North Korea does not like South Korean military maneuvers (even though it’s an annual procedure). North Korea has also protested American demands that it give up its nuclear weapons, while at the same time taking steps meant to appear as though it is deconstructing a bomb testing ground, which is supposed to be proof of its good intentions.

Of course, Kim could draw back and North Korea could again isolate itself from the world. It would be bad news, but at the moment it is harder to imagine anything worse, with the exception of an outbreak of military conflict on the Korean Peninsula. One doesn’t have to particularly prepare for a scenario of going back to isolation, as it is how the regime prospers on a daily basis; it wouldn’t be anything new or especially dramatic.

Nevertheless, it would be a pity to lose such an opportunity. And Kim is possibly using that while playing hard to get during the negotiations. Anyway, Kim is doing things that used to distinguish Trump’s business activities. He is playing an alpha male who is trying to dominate the peace process, behaving dramatically and at the same time notifying everyone that he is ready to walk away from the negotiating table, letting everybody know that he is not in need of any approximations. He is trying to make an impression that he has a better BATNA (best alternative to a negotiated agreement).

The thing is that Kim indeed has very strong arguments and he can claim quite a bit from South Korea and the U.S. But we don’t actually know how much pressure his environment puts on him. The movement between Beijing and Pyongyang indicates that Chinese comrades are starting to take action with regard to Kim, to prevent him from getting too frisky and to ensure that he does not leave the Chinese area of influence.

On the other hand, Trump’s BATNA seems more and more miserable. In his typical fashion, he would also like to attack Kim and dominate him in negotiations. Except that his position has been weakened by both his decisions from the last couple of days – breaking the deal with Iran, the fatal opening of the embassy in Jerusalem – and his circle of advisers, mainly consisting of advocates of a pre-emptive strike on North Korea.

The Ball Is in Trump’s Court.

Paradoxically, Trump in this position is a dream partner for Kim. The U.S. president is in need of urgent success and Kim can tell the Americans that he does not trust them at all, so Trump himself will be responsible for convincing Kim, giving him something to start with, to assure that the summit in Singapore on June 12 is still worth thinking about.*

In this negotiation game of ping-pong, the ball is in Trump’s court, and now it is his turn. He may either strike out and toss the negotiations in the trash, or pass the ball to Kim’s side. It is likely that there are going to be more moves back and forth like this. After all, the fussiness has only just begun.

*Editor’s note: The summit meeting was officially canceled by Trump on May 24. However, on May 25, he expressed a desire to resume preparations for the June 12 meeting.