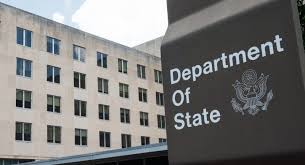 Hypocrisy, double standards, mere allegations and lies can all be found within the annual U.S. State Department report on human rights and religious freedoms across the world in a controversial time of insult and rudeness.

The report makes these judgments despite the United States’ secret indulgence in programs of torture and horrific abuse in Afghanistan and Iraq, weakening the report’s moral authority. In the eyes of many, these reports are merely a political tool to pressure other countries. Many people also believe that this has weakened the rogue agents of American foreign policy who traditionally receive the lion’s share of censure and rebuke.

Many believe that the U.S. human rights experts who prepare reports on rogue forces merely cut and paste information from year to year. For instance, Ankara stressed that the last annual report on Turkey was “a repetition of some unfounded allegations made in previous years.” Moreover, we see the phrase “repetition” in most of the critical assessments of the report.

A few days ago, the Iranian foreign ministry described the United States’ allegations in its latest report as “biased” and “politically motivated,” citing Washington’s role in supporting human rights violators, including Israel, and “some of the reactionary regimes in the region.”

In response to a U.S. annual report on the global human rights situation, China released a parallel report on the human rights situation in the United States. In this assessment, China notes that the United States acts as a “guardian of human rights” and has established itself as a “judge of human rights,” despite its own flawed and currently deteriorating record. The report accused the U.S. of seriously violating civil rights through systemic racial discrimination, widening the gap between the rich and the poor, discriminating against minority groups like women, children and the disabled, and continued violations of human rights internationally.

In a previous assessment, China argued that the United States was “throwing stones at others while living in a glass house,” accusing Washington of “double standards and hypocrisy in dealing with its human rights issues.” Venezuelan President Nicolas Maduro, who has previously accused Washington of oppressing Venezuela, said that “no government in the world can draw up a report to intervene and judge the positions of other countries,” adding that “it is unacceptable for any one country to put itself above all other countries.” In Russia, a Foreign Ministry statement noted that the U.S. report’s criticisms of Russia were no more than “accusations without evidence,” and that the report has long been a “political tool.”

The establishment of the State Department’s Office of International Religious Freedom dates back to 1998 when the U.S. promoted the International Religious Freedom Act. The department was responsible for publishing the annual report on religious freedoms and persecution in all the world’s countries, as well as monitoring cases of persecution and discrimination across the world.

U.S. annual reports also include: a report on human rights in different countries and a detailed assessment of the situation in specific countries, reports on support for human rights and democracy that describe U.S. attempts to address violations, and The Human Trafficking report, a survey of contemporary slavery.