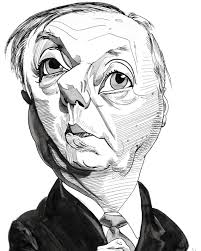 A circus is an entertainment spectacle where surprising, unexpected and controversial events take place, where performers are essentially transformed for the sake of the show. This is what has happened in recent weeks during the confirmation process of Supreme Court nominee Judge Brett Kavanaugh, where Republican senators, in particular Sen. Lindsey Graham, have turned into the president’s lackeys.

Bipartisanship built up for more than two decades is now gone, even revealing fissures within families due to xenophobic rhetoric and social polarization since Donald Trump declared himself a candidate for the presidency. In Congress, political parties act according to a tally of past actions; not in support of a political, social or economic agenda, but instead based on political scorecards and outstanding bitterness between the parties without keeping in mind what is best for the citizens.

And so voters for Senate and House of Representatives candidates are held captive by the political division fueled by Trump’s separatist speech, which he also used to gain power. Creating a common enemy is common practice for political reaffirmation, but in this case, the enemies are those citizens who disagree with the president.

During the campaign, Trump attacked the 17 Republican candidates seeking the nomination, belittling, demeaning and mocking them both in the mediated debates as well as at his rallies. Among them was Graham, the senator from South Carolina. Trump mocked him, even publishing his telephone number on Twitter and in campaign rally posters, causing him to be called and harassed incessantly. During the experience, Graham went so far as to say on television, “Tell Donald Trump to go to Hell.” He even said that choosing between Trump and Ted Cruz “is like being shot or poisoned.”

That is Sen. Graham, best friend of John McCain who passed away last August and who asked Trump not to attend his funeral. McCain was always considered the voice of rational, moderate Republicans, and someone who had a social sensitivity. His political decisions, although aligned with Republican ideology, were characterized by separating from the partisan herd and acting according to his own conscience.

McCain always recognized the value of the United States as a world power. He supported the consolidation of international institutions like NATO or international treaties and agreements which placed his own country at the forefront. He never questioned the closeness of his country with its historic allies nor the global setting as a platform for international coexistence. We now know that through his speech, Trump is quite the opposite. He attacks all of these institutions and their leaders that, in essence, contribute to rational international interaction based on policy and cordiality.

Alongside McCain’s influential voice, Graham found a way to have greater political visibility and above all, a media presence. For their part, the media thought of Graham as a combatant for the Republican platform which gave him a robust presence on television and throughout other media. Today, that influential and media savvy Graham appears to have ended his fraternity with McCain to become an unconditional Trump servant.

Sen. Graham played an essential role in the combative and controversial confirmation process of Judge Kavanaugh for a seat on the Supreme Court, within one of the three constitutional branches of government, the judicial branch. The nine justices who make up the Supreme Court are nominated by the president and confirmed for life by the Senate, which allows for the selection of a justice with a certain ideological inclination to the court whom is not chosen by the citizens at large.

What was revealed to us in the circus of a confirmation hearing by the Senate Judiciary Committee is a partisan division based not on politics nor ideology nor values, but rather on placating the president and matching his discourse of division and revenge. Sadly, today Congress is held by the same party as Trump, and Republicans see the possibility of naming a judge who will bring the very same ideology to the court.

Credible statements from Dr. Christine Blasey Ford, who was brave enough to reveal a shameful event that showed the nominee was involved in a criminal act, did not matter. A confrontational and offensive response by Kavanaugh to Democratic senators questioning him did not matter. Clear examples of disqualifying temperament did not matter. Nor did civilian protests nor the #MeToo movement’s rallying cries matter. What mattered was his confirmation at any cost.

During the process, we saw disdain for political and moral values and for the nominee’s capabilities and character. We saw a partisan clash corresponding to the discourse of a president who does not hesitate to attack nor humiliate his “political enemies,” and senators who voted in favor of the confirmation waiting for political compensation, especially in the upcoming election. We saw a confirmation circus in which Sen. Graham shouted that the Democrats’ actions were “hell.”

Graham has already forgotten that Trump ridiculed, shamed and intimidated him. For some, pragmatic ideology has gone too far in their desire to climb the political ladder. Graham is now Trump’s golf partner, and he is sent out to defend Trump and other situations in the media. Perhaps soon we will see the senator occupy a cabinet position such as attorney general, or perhaps on his path toward re-election, Trump may even elevate him to a higher position.

The seat now held by the new justice was held by an ideological centrist who almost always cast the deciding vote. But Kavanaugh’s confirmation is crucial for Trump, since the court could rule that investigation findings concerning Russian interference in the election are inadmissible and Trump could avoid charges.

With the newest justice, the Supreme Court now tilts sharply to the right, leaving few opportunities for judicial compromise. The third branch of government that the Founding Fathers envisioned as impartial is now altered, and the effects of that will be seen for decades ahead, in great part due to the actions of the senator from hell.