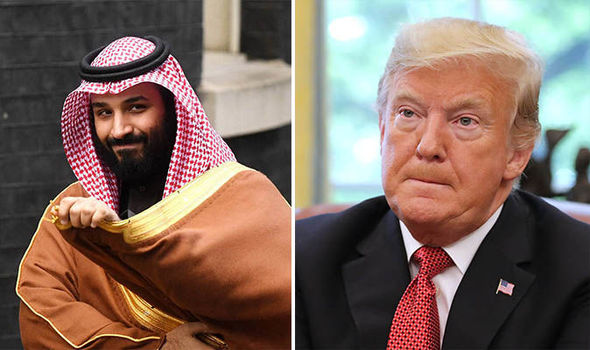 The White House press secretary has indicated that the U.S. president has pushed back the date of his decision regarding the murder of Jamal Khashoggi, confirming his willingness to buy time to protect his Saudi ally.

Nearly one month after the Oct. 2 assassination of journalist Jamal Khashoggi, last seen inside the Saudi Consulate in Istanbul, Donald Trump continues to postpone the announcement of his decision regarding the affair.

Last Monday night, the White House press secretary, Sarah Sanders, cited by the U.S. based Arabic language TV channel Alhurra, affirmed that the administration is weighing different options on how to respond, but will “make an announcement about what the decision of that action is.” While Riyadh still hasn’t revealed where the victim’s body is hidden, it seems clear that the current inhabitant of the Oval Office wants to take as much time as he needs to ensure the best protection possible for his Saudi ally. And yet, Trump was informed of the minute details of the affair by CIA Director Gina Haspel, who had access to the dossier prepared by the Turkish authorities. While everything indicates that he had in his possession all the elements necessary to be able to settle the matter, about which the international community is mounting pressure to find the truth, the leader in the White House continues to dither. Continuing to ignore the internal and external pressures being put on him, Trump is taking his time as though there’s nothing amiss.

The crime, which has triggered a wave of international criticism against the Wahhabi monarchy, leaves Trump indifferent. All you have to do is remember his Oct. 20 declaration, in which he emphasized that suspending the sale of arms to Saudi Arabia would harm American jobs, to understand that he will push through the interests of the United States first before thinking of explaining this murder, whose twists and turns are keeping the entire planet in suspense.

This behavior seems to infuriate Khashoggi’s Turkish fiancée, who reacted last Monday night in London, calling on Trump directly to not allow Riyadh to stifle the investigation. “I am disappointed by the actions of the leadership in many countries, particularly in the U.S.,” said Hatice Cengiz during a memorial event last Monday night in London. “President Trump should help reveal the truth and ensure justice be served. He should not pave the way for a cover-up of my fiance’s murder,” she added in a video shared by British media. Cengiz assured that “the Saudi authorities probably know how such a murder took place,” and called for the “evil criminals and their cowardly political masters” to be held to account for Khashoggi’s death.