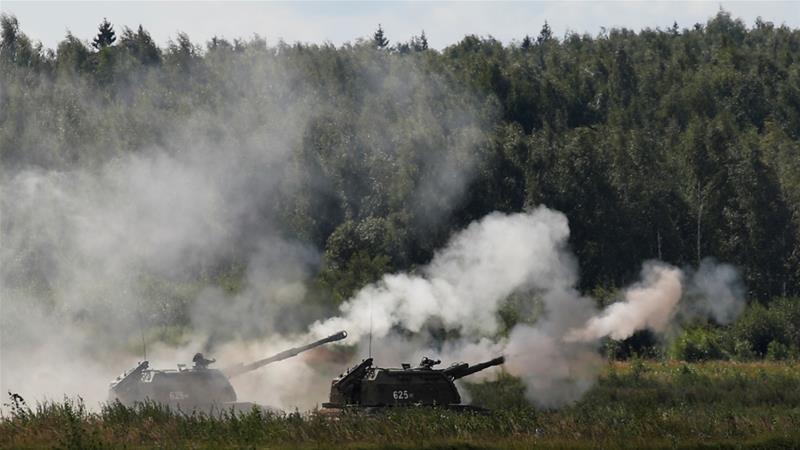 Once, in 2011, I drew attention to the very real likelihood of the Ukrainian conflict becoming significantly more acute in the future. It had been about two years since Stepan Bandera had been recognized as a national hero. At the time, I even presented the idea at a meeting among acquaintances then engaged in international affairs. I was told that I was reading too much into things because Ukraine was far away and didn’t concern Europe that much. Then, in 2014, after the putsch, when the civil war began and the far-right came to power, they quietly admitted I’d been correct.

The situation repeated itself in 2015, and I warned — this time with a deeper knowledge of matters — that the Ukrainian army would carry out a provocation on the border with Crimea, by then annexed to Russia, with the notion that Ukraine still had a right to take Crimea back. And I warned that the U.S. had tasked it with unleashing war on Russia. I was once again shouted down with the idea that Ukraine’s army couldn’t compete with that of Russia and simply couldn’t get away with it. But then, in August 2015, Ukraine conducted a false flag operation in Crimea, when Ukrainian intelligence agents in Russian uniforms crossed the Crimean border with the mission of attacking the Ukrainian army, which was well prepared to respond to the “assault.” The false flag operation was prevented by a well-guarded Crimean border, where two Russian officers fell. So that was a little walk-through leading up to the present Ukrainian-Russian events.

There are two streams in the U.S., which, shall we say, contend for power. They are opposing camps in a life-and-death struggle. However, war in the Russian Federation and Europe unites them, and both have caught scent of plump, long-term prey. That’s where the basic problem lies for those of us that will suffer the consequences. Of course, no one wants a nuclear war — but a conventional one, on the other hand, would please the entire West. The U.S. well knows that Russia cannot afford to budge and would be forced to react. And the poverty of the Ukrainian army? That will surely serve as a nice justification for NATO friends to rush to Ukraine’s aid. In the sense that they will send in allied armies from Europe and that those states will bear the first potential responsibility for the results, which I don’t even want to try to imagine. But then that supposedly doesn’t concern Europe. Aside from that, Mikhail Khodorkovsky is already preaching new visions from his master’s degree in Washington, D.C., about how to put Russia on its feet. In 2011, I saw a German document that spoke clearly on how Khodorkovsky broke the Russian laws not only by refusing to pay taxes, but also, principally, by selling a Russian strategic firm to American businessmen shortly before his arrest. Russia tends its strategic resources rightfully and lawfully. And this thief Khodorkovsky will now pontificate to us about how he’s the right man and how he’s going to put Russia on its feet?! Only an idiot could believe that. By which I mean to say that the situation is really serious, it concerns us a great deal, and it is essential to protest an escalation of tensions in this — thanks to the West — undying conflict.