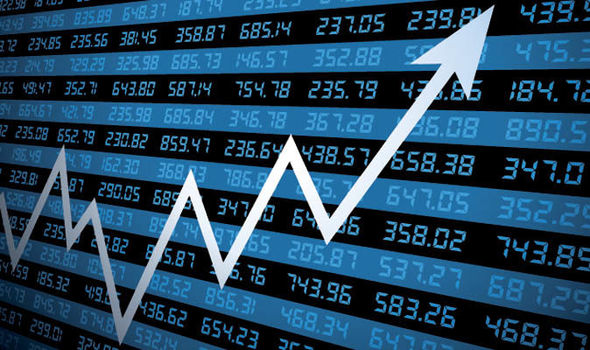 The United States stock market tumbled again on Dec. 24, setting a record for the worst Christmas Eve performance in the history of the U.S. stock market. The drop also depressed the stock markets in China and Japan, while some countries and regions temporarily avoided the slump because their stock markets were closed for Christmas.

The immediate cause of the U.S. stock plunge was thought to be the Federal Reserve interest rate hikes and the Fed’s disagreement with President Donald Trump, but the panic caused by the plunge this time also had something to do with the lack of confidence in the U.S. economy in 2019, the uncertain state of the trade war, the increased signs of political disorder in the United States and the premonition that U.S. stocks have reached a pivot point and are heading toward a bear market.

In short, the U.S. economy is not thriving at the moment, and the public is not optimistic about the future. President Trump has tweeted that “Paris is burning and China way down,” that only the United States is strong. The tweet clearly exaggerates a United States heyday. In fact, there is a lot of political and economic uncertainty in the United States that is likely to explode, and the stock market plunge has led some people to think that such a thing is possible.

It is well known that President Trump considers the strong U.S. economy to be one of the advantages supporting the trade war with China and tough policies against other countries. But stock market volatility sends a more complex signal about the U.S. economy. If there is more volatility in the U.S. economy in the New Year, it will subtly affect the psychological relationship between the United States and other countries with respect to trade.

In general, it is unrealistic for the United States, as the world’s largest and most developed economy, to sustain going it alone economically for long. The U.S. economy is very open, and inextricably linked to the global economy in many ways. It must maintain a practical and reciprocal relationship with other major economies, and constantly adjust the momentum of American economic development in the context of the division that exists between labor and cooperation in a globalized world.

The strong position of the U.S. economy gives the United States more say in setting international rules, but that advantage is not unlimited. The laws of the market will play a balancing role in the way the United States and other economies cooperate. Beginning this year, Washington’s political will has become evident in the area of foreign trade, where the United States is increasingly exhibiting characteristics of a planned economy, which is problematic.

It is unreliable and presumptuous to assume that the United States economy is good and other economies are seeking its help. The truth is that the global economy depends on the U.S. economy as deeply as the U.S. economy depends on the world, and this macro-independence will not change despite the fact that the United States has more incentive to technically adjust this mutual dependence.

For example, if trade between the U.S. and China decreases, the U.S. will need to increase trade with other countries, an expensive proposition for the United States.

The U.S. economy will only be dragged down by weak global economic growth. It is legally impossible both economically and politically to attract global opportunity to the United States and truly practice a policy of “America First.”

The United States is clearly not the most patient when it comes to dealing with international economic problems. It is particularly risky for the United States to take chances with foreign policy relying on the current economic situation. History has proven that the United States does not support radical policy involving given the fact that its own internal problems are the most likely to flare up. The U.S. is both strong and fragile.

America itself is not used to the current state of internal political tension, and the economic outlook is divided. The most important thing in dealing with the United States is first to be firm, and then to be both flexible and consistent. This is the most constructive way for China to rationalize its interest in having a relationship with the United States.