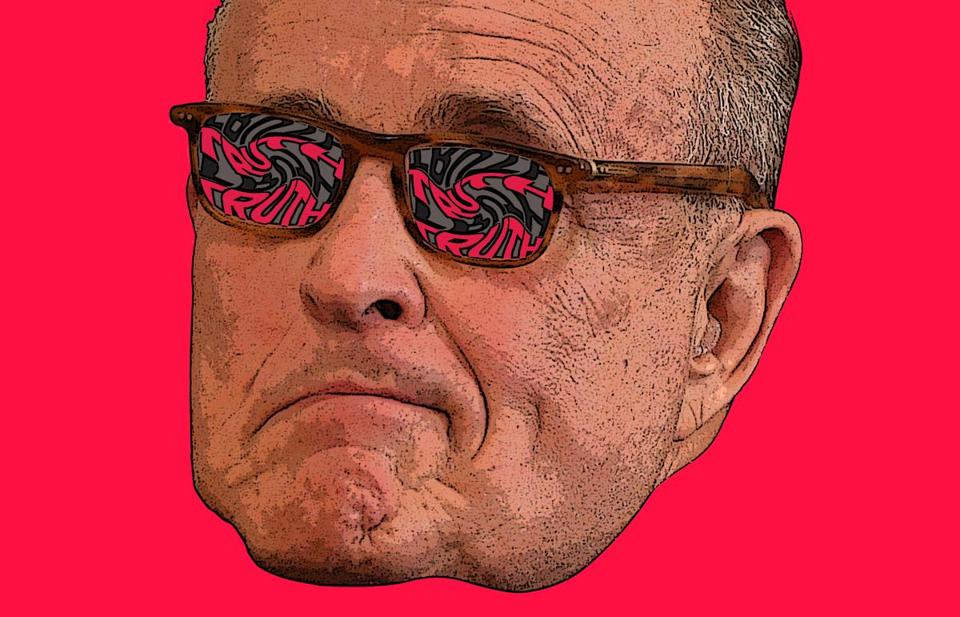 Once, he was christened “America’s mayor” for his strong performance after 9/11. Now, Rudolph Giuliani casts doubts on the Mueller investigation.

Wait a minute, what did Rudolph Giuliani say now? Did President Donald Trump’s lawyer really admit that Trump’s 2016 campaign might have involved cooperation with Russia? It sure looked like it, when he recently told CNN that earlier denials only applied to Trump personally. “I never said there was no collusion between the campaign, or between people in the campaign” and Russia, according to Giuliani, to the complete amazement of host Chris Cuomo.

Did Giuliani misspeak? Did he lose his way? Or did he want to prepare the public for coming revelations? In any case, the statement, which he later retracted, was a typical Giuliani thing: Just like a series of other remarks this month, he raised more questions than he answered.

Welcome to the foggy labyrinth of Rudy Giuliani, the once widely respected mayor of New York who, since last spring, has surprised people with his performance as an attorney for the president in the Russia investigation being conducted by Special Counsel Robert Mueller. With his characteristic toothy grin, “Rudy” fiercely agitates on American television against the investigation, which hangs like a dark cloud over Trump’s presidency.

Just like his boss and old friend from New York, Giuliani masters the art of creating confusion. And just like Trump, he continuously raises the question of whether that is a matter of devious tactics or clumsiness. Washington increasingly wonders: Does the 74-year-old former mayor drivel, or is he pursuing a brilliant strategy? “[O]ne wonders if everything’s all right with Rudy Giuliani. …” Rep. Gerry Connolly told CNN. “He sounds like a crazy old uncle.”

According to the Associated Press, even the president is fed up with his prominent spokesman’s verbal floundering, even though he does not consider firing Giuliani, as some in the White House would like.

Some, like Democratic Rep. Jim Himes, a member of the House Intelligence Committee, believe that the cunning goal of Giuliani’s performances is to “muddy the waters, obfuscate and just throw sand in the gears.” He did that, for example, in August, when he engaged in a discussion on “Meet the Press” about the danger of a perjury trap should the president testify in response to Mueller. Observers dismissed the idea, saying if Trump tells the truth, he cannot walk into a trap. “Truth is truth,” anchor Chuck Todd said on the program. “No,” Giuliani shot back, “truth isn’t truth.”

The staggering statement showed how far Giuliani, who gained global fame as a steadfast mayor during the 9/11 attacks, has come in the “Trumpification” of the Republican Party. He even topped Trump’s adviser, Kellyanne Conway, who coined the term “alternative facts.”

Former law enforcement colleagues see a big contrast with the lawyer who made his name as a passionate crime fighter and moved up to become a mayor and presidential candidate. “He has totally sold out to Trump,” John Martin, his predecessor as U.S. Attorney, told The New Yorker.

Giuliani was born in Brooklyn in 1944 as the only child to parents of Italian descent – two years before Trump came into the world in neighboring Queens. Both men grew up with the inferiority complex that belongs to New York City boroughs located outside Manhattan, and a matching urge to prove oneself. Giuliani studied law at New York University and made it to U.S. associate attorney general under President Ronald Reagan.

In 1983, he became the U.S. Attorney for the Southern District in New York, where he emerged as a brave crime fighter. He fought insider trading on Wall Street and tackled the mafia. He made suspects walk publicly in front of cameras, a controversial practice.

A Rigorous Approach to Crime

Giuliani lost his first bid for mayor in 1989, but won four years later. As mayor, he established a rigorous approach to crime, starting in 1994. Crime rates plummeted, although it is debatable as to whether that was because of his policy, or due to a broader trend.

In the late 90s, his popularity faded. He ended a bid for the Senate in 2000 because of personal reasons, including prostate cancer and a messy divorce from his second wife, which was widely reported in the New York tabloids, just like Trump’s marital problems.

Then came 9/11. The World Trade Center towers were burning when Giuliani arrived at the disaster site. His calm leadership made an impression. “We should act bravely,” Giuliani said, warning against anger directed at Muslims. “We should act in a tolerant way.” Oprah Winfrey called him “America’s mayor.”

His term as mayor ended on Jan. 1, 2002. As a celebrity Republican, he seemed to be a strong presidential candidate. But a campaign for the 2008 nomination amounted to nothing.

His star seemed to have faded until he showed up in 2016 as a Trump supporter, and was one of only a few who defended Trump after the publication of the “Access Hollywood” tapes in which Trump bragged about sexual misconduct against women. Yet Trump did not nominate him to be secretary of state as Giuliani had hoped. It was not until lead lawyer John Dowd resigned last spring that Giuliani rediscovered his calling and his role in the spotlight. To the amazement of his former colleagues, the law and order man now attacks the Department of Justice and the FBI just as hard as Trump does.

Giuliani’s approach stems from talks he had with Mueller about whether a sitting president can be indicted. According to a directive from the Justice Department, this is not possible. At Giuliani’s urging, Mueller, whose investigation is in its final stages, supposedly admitted that charges against the president are not in the offing no matter the results, a crucial concession which means that Trump only has to fear impeachment. Impeachment is not a legal process; it is a political process where public opinion is crucial. Giuliani is therefore not so much Trump’s legal counsel, as he is his TV lawyer in the court of public opinion.

Is that a worthy role for America’s mayor? Giuliani seems to have doubts. “I am afraid it will be on my gravestone. ‘Rudy Giuliani: He Lied for Trump,’” he told The New Yorker. “Somehow, I don’t think that will be it. But, if it is, so what do I care? I’ll be dead. I figure I can explain it to St. Peter.”