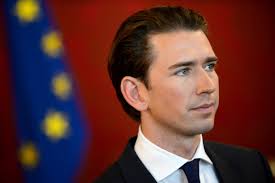 Counting the seconds and minutes when two statesmen meet each other is part and parcel of what media and media advisers do in international politics. With that in mind, the handshake between Donald Trump and Sebastian Kurz was two shakes, and they were unusually short – the length not even being in the neighborhood of Emmanuel Macron’s record (29 seconds). The Austrian chancellor’s one-on-one conversation with the U.S. president was twice as long as had been planned, and the delegation talks were subsequently attended by Americans at the highest level. This suggests that the visit from Austria, the “a young guy; that’s pretty good,” was taken very seriously.

And anyone who has seen Kurz in the follow-up “ZiB 2” interview on ORF must concede that it could hardly have been handled any more confidently.

The chancellor, who, in the run-up to the meeting conceded the fact that Trump had achieved clear foreign policy successes, apparently contradicted the president directly on important issues – from customs duties on European cars to gas from Russia. That is not something which is initially going to deter someone like Trump from the course of his “America First” policy one inch. But Kurz will have certainly gained respect from the American, who became aware of the young politician from Europe. Because it’s not true that guys like the egomaniacal U.S. president only abide by cajolery.

First and foremost, the result of the meeting with Trump benefits the résumé of the Austrian chancellor himself. But it’s possible that such a serious performance like this could perhaps also benefit Europe.