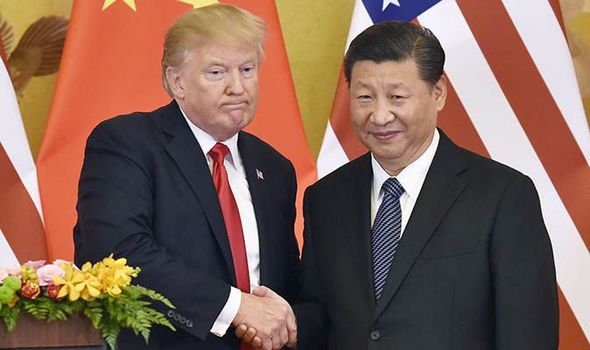 There is optimism in the world regarding the possibility that China and the United States will soon reach an agreement to end their trade disputes. In the fourth round of negotiations to end the conflict, it has been highlighted that both parties have shown their willingness to reach a compromise that ends the disagreement. The two powers have been facing off since the beginning of 2018.

The antagonism between the two rivals grew throughout the last year. However, everything seems to indicate that they would be close to being able to iron out their differences and end the prologue to a war that has had the world on tenterhooks all this time. The 90 days that were agreed upon by Xi Jinping and his U.S. counterpart, Donald Trump, on the occasion of the meeting of the leading rich and developing nations in Buenos Aires to agree to a truce within which no new tariffs would be mutually imposed, have almost passed. Almost at the deadline, Trump announced that he would not raise tariffs on China as planned for the end of this week and went as far as to say, through a tweet, that both heads of state are planning a summit meeting to conclude an agreement.

Recall that the U.S. denounced a trade surplus in favor of its Asian partner of $380 billion by the end of 2018 that could amount to $500 billion in just five years. From November to this point, the sharp American criticisms against its rival diminished considerably while China was more willing to collaborate, motivated, possibly, by the manifest weakness of its economy at this time. This was how the giant of Asia proceeded in the past weeks, approving lower tariffs for cars imported from the U.S., resuming its purchases of soybeans and even presenting a bill in which, for the first time, a ban was established on forced transfers of technology, an issue that had been a point of American honor in commercial disputes.

In Washington they made similar progress by stopping the increase of their tariffs on Chinese imports, of a value of $200 billion, which gave a clear sign of goodwill in their disagreements with Beijing. Now it is known that these tariffs will not be restored.

The moment seems to have come for them to get serious about their commitments and demands, and everything seems to indicate that the two sides would be willing to smoke the peace pipe. It is said that China would intend to reduce trade imbalances with the first power through the acquisition of $500 billion annually without affecting its trade with the rest of the world. Both U.S. sales and their gross domestic product would increase and everyone would be happy.

But the reality is that this fix is no piece of cake, and there is a danger that it will not be incremental purchases from the Chinese side, but rather a diversion of Chinese supplies from other countries, which would be disastrous both for them and for the rest of the world economy. The price to pay would be inflation for all, reduction of demand and alteration of supply chains.

The fact is that both countries have realized that almost any commercial solution is better for them both, and for third parties, than the option of a war. In other words, the maxim that “a bad deal is better than a good fight” could be emphasized here.