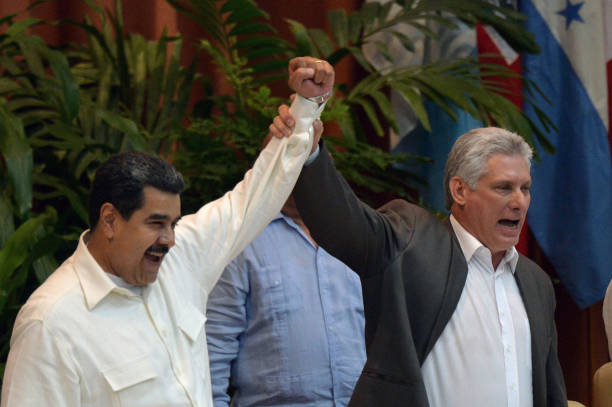 John Bolton, Donald Trump’s national security advisor, has declared that the U.S. will tighten the screws on Cuba’s economy because of the support Havana has given to Nicolas Maduro’s dictatorship. Why this renewed fury? According to [Bolton’s] tweet: “Cuba’s role in usurping democracy and fomenting repression in Venezuela is clear. That’s why the U.S. will continue to tighten financial restrictions on Cuba’s military and intel services. The region’s democracies should condemn the Cuba regime.”

As part of this strategy of punishment, Trump signed Article III of the Helms-Burton Act. This article allows the use of American courts by all American citizens harmed by the confiscations during the first years of the revolution. Included are Cubans who “naturalized” many years after the fact, allowing them to sue foreign companies that benefited from these property confiscations. Since 1996, when the law was passed, no U.S. president has dared to open this Pandora’s box.

The most visible consequence of this measure is predictable: Practically no serious investor will approach Cuba and run the risk of becoming bogged down in the costly U.S. judicial system. No one in his right mind wants that kind of problem. The old dictum will prevail: “There is no animal more cowardly than a million dollars.”

Russia responded loudly to Bolton’s declaration. Alexander Schetinin, head of Latin American affairs at the Russian Foreign Ministry, said that it was “absolutely unacceptable,” referring to the American desire to shape Latin American countries in its own image and likeness. He did not even try to refute the rationale alleged by the U.S. official.

Maybe he could not. Rosa María Payá, the leader of “Cuba Decide (Prebiscite project),” made public the troubling accusations of some Cuban mothers regarding the immediate transfer of their sons to Venezuela as subjects of compulsory military service.

Venepress, the Venezuelan independent news agency, echoed this information and provided the reason: The National Bolivarian Armed Forces of Venezuela do not want to go out to the streets to repress the population, and Maduro and his usurpers have had to resort to imprisoned delinquents and street thugs to perform that dirty task. However, Maduro and his accomplices are not happy with the decision, especially after the murder of several Pemon indigenous people, which adds genocide to Chavismo’s impressive catalog of crimes.

Irresponsibly, Raul Castro and his pupil, Miguel Diaz-Canel, have played the Venezuelan card completely and are dedicated to saving Maduro, at any cost − although the U.S. has all the evidence that this regime is a kind of toilet in which all human filth can fit: from the shameless theft of public treasures to collusion with Islamic terrorists, through direct or indirect drug trafficking, extortion and murder.

Sen. Marco Rubio came to testify before the Senate that the Venezuelan armed forces charged drug traffickers a fee for letting their planes pass through the country’s airspace. If they failed to pay, the planes would be demolished. It appears that both the accusation and evidence were provided by Gen. Hugo Carvajal, former head of the army intelligence services, after his recent desertion.

The U.S. has the potential capacity to sink Cuba economically, as it has done with Venezuela. Seventy percent of international transactions are in dollars and pass through the American banking system. The U.S. can prohibit remittances from Cubans or continue to surgically attack companies controlled by the state military capitalism and its leaders. It can even revitalize Raúl Castro’s file: He handled drug trafficking from army headquarters during the 1980s.

The U.S. can resume that line of attack, abandoned during Democratic administrations when Washington decided that communism in Cuba would fall from its own weight, as happened in the former East bloc. Obviously, that didn’t happen.