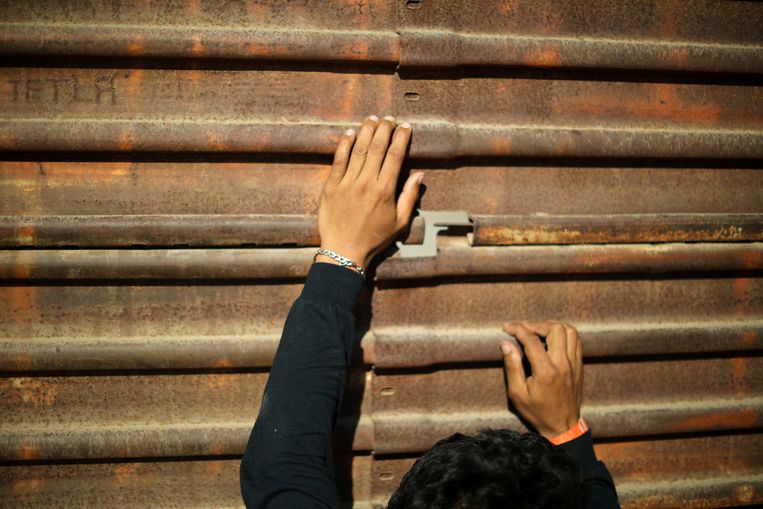 If the U.S. truly wants less irregular migration, then it will have to reform its neoliberal economy. The current debate over Trump’s wall is primarily a conflict over window-dressing.

At first glance, the political impasse over Donald Trump’s wall appears to reflect a fundamental opposition between proponents and opponents of strict immigration controls. Whereas Trump and the Republicans, with their call for a wall between the U.S. and Mexico, portray migrants as dangerous criminals and rapists, many Democrats, with Alexandria Ocasio-Cortez (AOC) as their figurehead, point to the American tradition – and the undeniable benefits – of openness and diversity. But this is a rather misleading view. For example, there were significantly more irregular migrants deported under “deporter-in-chief” Barack Obama than there have been during the last two years.

The climate surrounding the issue has indeed hardened significantly under Trump. Many argue that since 2016 the government has created a climate of fear by separating children from their parents and treating migrants as criminals. Consider Trump’s statement in May 2018 that “people trying to come in are not people, they’re animals.”* Trump’s uncompromising insistence on building “his” wall is consistent with this trend. What the Democrats object to, in contrast, is not so much the desire to strongly secure the borders, but rather the means by which that is done, as well as against the negative and xenophobic portrayal of immigrants.

In any case, most migrants will not be held back by physical borders. They dig tunnels, climb over fences and walls or are smuggled over the border. But the vast majority by far arrive by plane, with a visa in their passport that they subsequently allow to expire (“overstayers”). Moreover, it is questionable what a wall – which, according to the Department of Homeland Security, will cost up to $22 billion over the next three years – adds to the many technologies already being used, such as video surveillance, drones, ground sensors and radar technology.

Meanwhile, the number of undocumented migrants has actually been declining since 2007. This is also the case for Trump’s “bad hombres” from Mexico. Up to now, the construction of walls and fences along the southern border has primarily led to more border deaths, especially in the desert-like border region between Arizona and Mexico, as well as sharply increasing fees collected by the “coyotes” (human smugglers). In lieu of high costs and adverse outcomes, there is much to be said for a more hospitable policy. Under this policy approach, the majority of migrants who fill the gaps in the American labor market will actually create jobs and have an upward effect on the incomes of the already existing population. Moreover, they generally contribute more through payment of taxes than they receive, in monetary terms, in government services. For these reasons, researchers are calling for a more rational, and thus also more humane, immigration policy.

A common counter-argument is that a more flexible immigration policy merely plays into the hands of the business sector and creates an underclass of new immigrants who neither speak English well nor have any real prospects. However, it is not only employers who benefit, but all Americans, especially in their capacity as consumers. This also applies to Trump, who hired undocumented cooks and housekeepers at his Mar-a-Lago Club in Florida. One of them was Victorina Morales, a Guatemalan woman who, for five years, changed his bed, cleaned his bathroom and dusted off his golf trophies, as Paul Waldman recounts in his December 6, 2018 article in The Washington Post. That article provides a clear illustration of the dependence of these immigrants on the service industry, which – just like the agricultural sector in states like California – is also largely, if not completely, dependent on irregular immigrants. Incidentally, many of these migrants, both those working for employers as well as the many self-employed workers among them, work their way up within a few generations.

There is nothing new about this in the context of American history. The pull of the labor market there is so strong that an excessively strict immigration policy is mostly counterproductive and places the migrants in question in an even more vulnerable position than they are already in. The only way to deal with this problem in the context of the current system is with legislation granting amnesty, which is usually implemented along with the passage of new immigration laws.

Amnesty, however, does not provide a structural solution to the problems of millions of immigrants living in often extremely precarious circumstances. If Democrats and Republicans alike truly want less irregular migration, then they will have to reform their neoliberal economy by providing a decent minimum wage, vastly improved labor market controls, penalties for employer violations and better working conditions. As long as this is not the case, and enthusiasm for such policies in both camps – with the presumable exception of new congressional members such as Ocasio-Cortez – remains very limited to date, Trump will primarily try to use the debate over his wall to rally his voters.