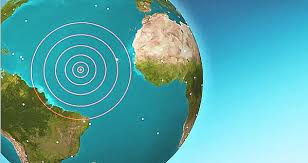 Washington suspects Moscow of having restarted low-yield nuclear tests, which are very hard to verify; however, for the U.S.,that is no reason to abstain from starting to work out new restrictive agreements in this area.

In the book of U.S. accusations against Russia, there is yet another chapter: The U.S. Defense Intelligence Agency stated that Russia is conducting low-yield nuclear tests in violation of the provisions of the Comprehensive Nuclear Test Ban Treaty.

As a result, the U.S. might stop adhering to its own standards. In addition, it could prevent the CTBT from being ratified. Despite a lack of evidence, Washington suspects Russia of not complying with the arms control agenda; therefore, it might make sense not to cooperate with it in the future. It also potentially reduces the possibility of extending the New Strategic Arms Reduction Treaty, which would be a fatal blow to cooperation between the U.S. and Russia, in the sphere of arms control.

In the early 1990s, the U.S. and Russia stopped conducting nuclear tests, and in 1996, the CBTB treaty was signed. The treaty banning all nuclear explosions has failed to come into force (mostly because Washington has refused to ratify it); however, the signatories, including the U.S. and Russia, have been adhering to its provisions.

That is why the statement made at the Hudson Institute by Director of the Defense Intelligence Agency Lt. Gen. Robert Ashley that Russia had most probably conducted low-yield nuclear tests, came as both a surprise and the first official accusation against Moscow. In April, the State Department released a yearly report providing an assessment of whether countries were adhering to obligations undertaken in arms control that included no information about Russian nuclear tests.

The case against Russia has been weak from the start, and in response to questions, Ashely stressed that Russia has the capability to conduct such tests, for example on the island of Novaya Zemlya. The media also emphasized that the Defense Intelligence Agency traditionally plans for worst-case scenarios. An unnamed source working for a different intelligence agency in the U.S. asserted that there is yet no consensus among the U.S. intelligence agencies on the matter. Sergei Lavrov dismissed the claims as “absurd,” and the executive secretary of the Comprehensive Nuclear Test Ban Treaty Organization stated that the organization detected no signs that Russia had conducted a nuclear test.

Nevertheless, U.S. intelligence has been adamant, and in mid-June, released a press release stressing that “the U.S. government and the intelligence community have come to the conclusion that Russia had conducted a nuclear weapons test with energy release in the nuclear reaction process.”

The key issue in this whole case is the nuclear test yield. The U.S. does not necessarily argue that Russia has conducted a real nuclear weapon test, even a low yield one, since the explosion with an energy release of even a few kilotons is impossible to conceal. The CTBTO stated that it would have detected an explosion with a yield of 100 tons, which is 15 times less than the one of the atomic bomb dropped on Hiroshima.

Ashley specifically stressed that he was talking about a nuclear test with a yield close to zero, which, in itself, is a rather complex issue. The CTBT does not have a clear definition of a nuclear explosion; however, experts agree that “subcritical tests” involving conventional explosives without a self-sustaining nuclear reaction do not violate the ban. Both Russia and the U.S. have performed such tests for obtaining data on properties of nuclear material and warhead design.

During the Cold War, hydronuclear testing was quite widespread. In hydronuclear experiments, a conventional explosive is started – and then immediately stopped. It is a fission reaction, with an energy release of up to a few dozen kilograms. It is almost impossible to detect this kind of a test, even by using the most advanced monitoring stations. In any case, it would be hard to distinguish the signal of a subcritical test from that of the intense explosion of a conventional bomb.

In addition, because there has been a problem with defining a nuclear explosion, the U.S. was concerned that Moscow would not consider hydronuclear tests to be a violation of the CTBT. Combined with the challenges of verifying whether such a test had taken place at all, this turned into an argument against ratifying the treaty by the U.S. Despite the fact that Russia stated multiple times that it supported the “zero-yield standard” and claimed that “The CTBT prohibits any nuclear weapon test explosion or any other explosion on Earth, regardless of its yield,” Washington continues to suspect Russia, which has been reflected in many expert reports.

A motive for leaving

It is also important to keep in mind that the U.S. does not have a very good track record of detecting nuclear test explosions. In 1997, the CIA accused Russia of conducting an underground nuclear test on Novaya Zemlya. Later, however, the explosion turned out to be an earthquake. As a response to U.S. concerns, Russia suggested working out additional verification measures, in case the U.S. ratified the CTBT in 2001, but the U.S. was not interested.

Even considering the current climate of U.S.-Russian relations, one could think of different ways the events could develop. After a long break, the two countries started holding bilateral consultations on issues concerning nuclear security, represented by Russian Deputy Foreign Minister Sergei Ryabkov and U.S. Under Secretary of State for Political Affairs Thomas Shannon; it might make sense to try resolving the alleged CTBT violation by using this mechanism. However, the Defense Intelligence Agency released its statement on the very day the consultations were supposed to be held. The fact that the U.S. decided to release a public statement, instead of attempting to resolve the problem via diplomatic means, indicates that it was not actually interested in resolving it from the beginning.

It is possible that the U.S. statement is not a reflection of its true concerns about Russia violating the treaty, but rather yet another attempt to destabilize the agreements that Washington sees as somehow limiting. The U.S. has not ratified the CTBT, but according to the Vienna Convention on the Law of Treaties, signing this treaty obligates the country “not to take any actions that would undermine the Treaty’s purposes.” If it can be proved that Russia has violated the CTBT, the U.S. could decide to unsign the CTBT – just as it did with the arms trade treaty. If that happens, the U.S. will no longer face any legal hurdles on the way to resuming nuclear explosive testing.

This will “solve” another issue. The U.S. still has not decided if it is going to renew the Measures for the Further Reduction and Limitation of Strategic Offensive Arms treaty, after it expires in 2021. The opponents of extending the treaty will be happy to use yet another “Russian violation” as a political argument.

About Iana Shchetinskaia 31 Articles
Iana Shchetinskaia studies History with a focus on U.S.-Russian relations. She teaches at a university and a language school in Moscow, Russia. She holds a Master of International Studies degree from North Carolina State University where she studied on a Fulbright scholarship. She is passionate about promoting mutual understanding among countries and communities and considers it a privilege to be a part of WatchingAmerica.