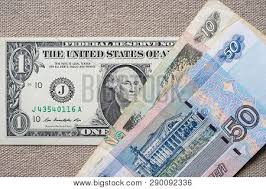 Sergei Drozdov, a financial analyst, discusses why now is the best time to buy U.S. dollars.

Since the beginning of this year, world financial markets have been anxiously waiting for the Federal Reserve to ease monetary policy. Hoping for an interest rate cut, investors are assessing statistical data on the state of the economy across the pond from the perspective of capital markets: the worse the indicators are, the better it is for stock markets.

President Donald Trump’s plans to nominate Christopher Waller and Judy Shelton to the Fed board indirectly support the argument that interest rates are going to be reduced. According to the White House plan, the nominees will support the president’s position on monetary policy. Right now, the market seems to be 100% confident that interest rates will be cut by 25 basis points, and it is likely that in July, the biggest and the most influential central bank of the world will meet floor traders’ expectations.*

Low inflation and the new softer monetary policies of the Fed allowed the Central Bank of Russia to lower the key interest rate by 25 basis points – to 7.5%. However, despite the likelihood of further steps in this direction, the Central Bank’s decision cannot be viewed as part of a steady trend. The main reason for this is a worldwide economic slowdown that is going to take place in the next two years since the economy is at now at its peak. Furthermore, according to the head of the Central Bank of Russia, Elvira Nabiullina, reducing the interest rate will not affect Russia’s gross domestic product. It is hard to disagree with this since the sharp devaluation of the national currency creates major problems for companies oriented toward the domestic market and, at the same time, reduces the quality of life.

Recently the Russian ruble has stabilized despite the gradual profit it experienced on the Russian stock market and the conversion of capital dividends, which amounted to about 2 trillion rubles at the end of 2018. Relatively high energy prices and the beginning of a new tax period when Russian companies are about to pay about 2 trillion rubles in taxes support the Russian national currency. Moreover, likely interest rate cuts by the U.S. at the end of July could weaken the dollar on the global market and support the currencies of developing countries, including the Russian ruble.

Considering all this, the exchange rate of the dollar against the Russian ruble is going to fluctuate between 62 and 65 rubles to the dollar before the beginning of August, and 68 rubles to the dollar toward the end of the year. In my opinion, current circumstances appear to favor buying the U.S. dollar, although it is wiser to diversify and buy both dollars and euros.