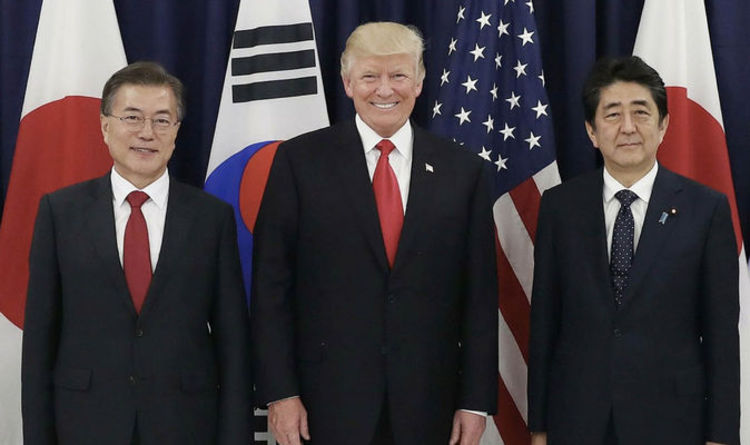 United States President Donald Trump said that “If they [each country’s leader] would both want me to, I’ll be [mediating between the two].” On July 19, President Trump commented, “I’ve heard that they have a lot of friction going on now with respect to trade, primarily with respect to trade,” adding, “Japan has some things that South Korea wants, and he [President Moon] asked me to get involved.” Regarding these statements, Cheongwadae explained that President Moon drew Trump’s attention to the matter last month during the U.S.-Korea summit.

Though President Trump said that he would not intervene between Korea and Japan without their asking, having so far maintained a rule of non-involvement, it is still important to note that this is the first time the U.S. has mentioned mediation between Japan and Korea. Because the U.S. State Department has already said that it does not plan to intervene, it is unlikely that Trump will act immediately. However, it is obvious that the U.S. will recognize the gravity of the situation and demand a prompt settlement from both sides. The reality that cooperation between South Korea, the United States, and Japan, which ensures the security of the Korean Peninsula, is becoming even more turbulent will now be hard to ignore for Trump, who began calling for improvements in Korea’s relationship with Japan as early as April.

If the conflict between Korea and Japan does not undergo a dramatic reversal, there is a large possibility that it will develop into a protracted ordeal. While Japan hints at additional retaliation, Korea ramps up the confrontation by mentioning a re-examination of the General Security of Military Information Agreement, making this a standoff of the strong versus the strong. Under these circumstances, it is impossible for the U.S., Korea, and Japan to work together on cooperative issues such as denuclearization in North Korea and keeping China in check. Japan’s export restrictions are another cause for worry for the Trump administration, as they affect American tech companies as well as Korean ones. The U.S. may think that now is the right time to begin mediations before the Japanese government removes Korea from its whitelist after its upper house elections. We hope the meeting among all three nations being pushed by the United States can be held as soon as possible as a means of restoring diplomatic channels.

American National Security Advisor John R. Bolton will visit Korea and Japan, one after the other—just in time. We hope the United States will come forward as a mediator as soon as it gets the chance and guide the chaotic, twisted Korean-Japanese relationship toward a breakthrough.