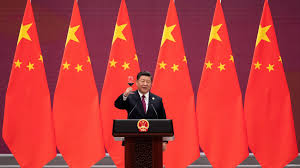 The rise of China as a world power keeps some in the international system awake and brings others relief regarding the balance of power. Meanwhile, still others warn that China’s rise will lead to confrontation with the United States.

This expectation goes back to what is known as Thucydides’ Trap, which predicts that war is inevitable between a rising power and an established power. The Greek historian Thucydides warned of this dilemma in his description of the Peloponnesian War: “It was the rise of Athens, and the fear that this instilled in Sparta, that made war inevitable.”

Harvard University conducted a research project to explain future relations between a rising China and a declining United States. The study indicated that in 16 cases of competition between great powers, all but four resulted in war.

In the first case study, Portugal and Spain competed and almost went to war at the end of the 15th century. However, anticipating the losses both sides would sustain, the pope mediated between the two nations and ended the conflict without war. Other cases, such as France and the Hapsburg Empire in the first half of the 16th century, resulted in war. Similarly, relations between the Hapsburgs and the Ottoman Empire in the 16th and 17th centuries led to war. Even World War I was a result of the rise of Germany as a counterforce to Britain, which was supported by France and Russia, despite the familial relationship between the British and German ruling families. Likewise, World War II was a result of Nazi Germany’s rise against the dominant forces of Britain, France, Russia and then the United States.

Professor Graham Allison of Harvard University published a singular book entitled “Destined for War: Can America and China Escape Thucydides’ Trap?” in which he views China’s rise as inevitable. Allison says that China has surpassed the United States in 20 indicators of strength, including the economy, iron and steel production, energy consumption, future direct foreign investment, industrialization, internet use, e-commerce and smartphone markets, among others.

There is a major difference between the Asian and Western perspectives of China’s rise. At the Emirate Diplomatic Academy, Parag Khanna, an Indian-American strategic researcher, presented his book entitled “The Future Is Asian,” saying our understanding of China’s rise is determined by the Western view of international relations. Academic literature is based on European history, which views the rise of a new power as a threat to the established power.

Khanna added that Asian history is different from European history. One power did not dominate the region; Asia was always multi-polar. Khanna continues that the story of Asia is new; it is the story of the forthcoming Asian century, although China has already taken the initiative by building the new Silk Road.

At the beginning of his lecture, Khanna mentioned that he came to Abu Dhabi from Japan in 12.5 hours in order to illustrate the tremendous size of the continent. In an excerpt from his book, Khanna pointed out that an Asian summit would include numerous civilizations stretching from the Kingdom of Saudi Arabia, to Japan, to Russia, to Australia. Asia is returning to the stability that preceded European colonialism and American domination.

As Khanna says in his book, this region will have 5 billion inhabitants as a result of financial transactions, trade and infrastructure, which will represent more than 40% of gross world product. The region stretching throughout Asia has witnessed a renaissance of investment unleashed by entrepreneurs and innovators.

The effects of this Asian renaissance have reached every corner of the globe, impacting economics, business and culture. No one in the West or East is exempt from Asian influence.

In a heated discussion between former American Vice President Dick Cheney and former Chinese Foreign Minister Li Zhaoxing at the Arab Strategy Forum held in Dubai last week, Li denied that his country strives for hegemony as Cheney had said. The former American vice president asserted there is a rise Chinese nationalism that seeks to expand China’s influence.

Li continued, saying, “I do not know where you got this information about China … perhaps you learned it from a biased American journalist, but you are an experienced politician, and you are not biased. China will never try to be hegemonic like the United States of America. History is the best witness of that.”