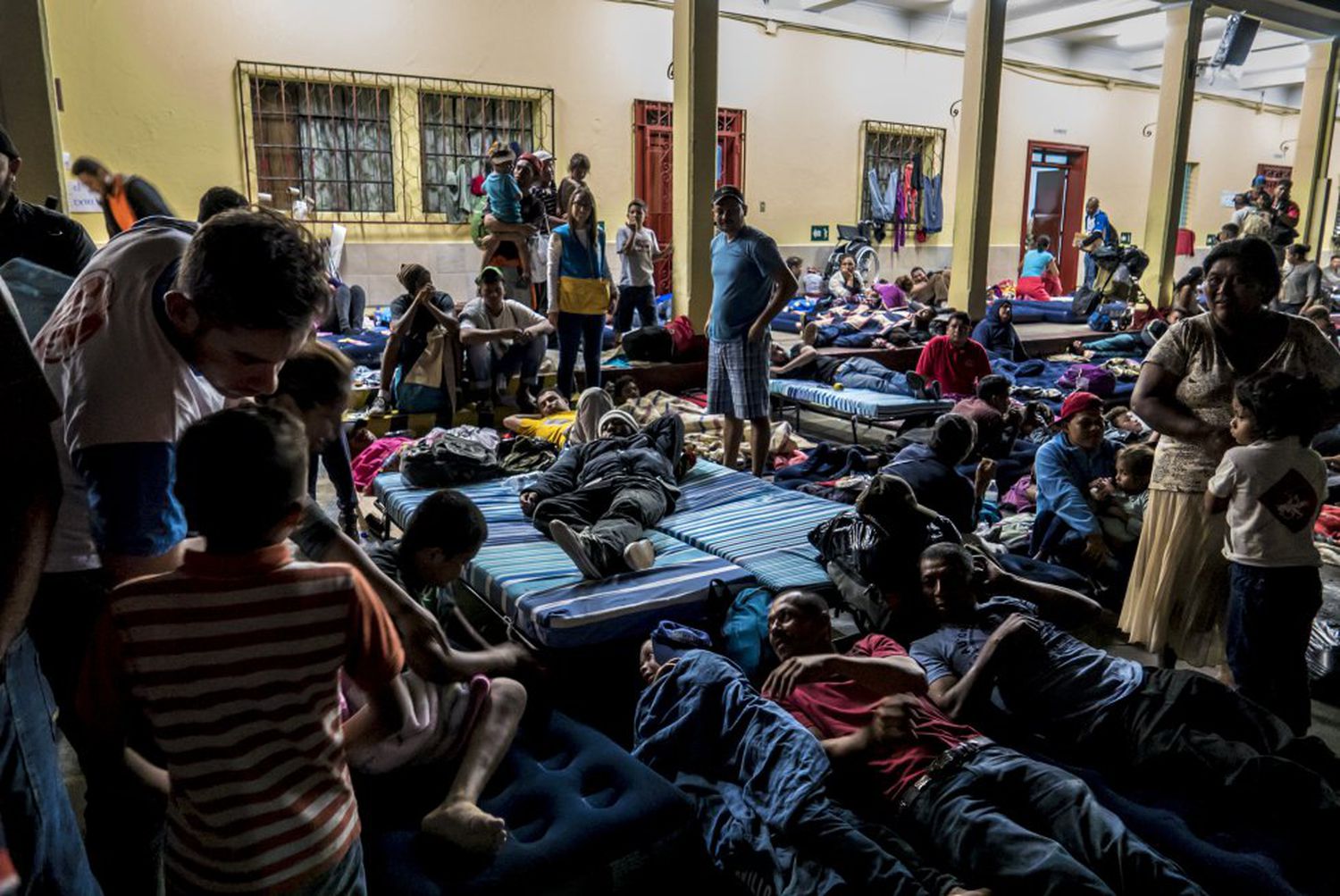 How can life be guaranteed in a place that was considered the most violent country in the world without a war in 2010?

The agreement between the United States and Honduras, which requires the retention of migrants sent by the United States, violates migrants’ rights. Honduras is not a secure place for those seeking protection.

The idea of the “Agreement between the Government of the United States of America and the Republic of Honduras for Cooperation in the Examination of Protection Claims” is a strategy to recruit governments in the region and make them assume the United States’ responsibilities for asylum and protection. To put it bluntly, this document seeks to hold back migrants from Cuba, Nicaragua, the subcontinent of South America and other trans-Atlantic countries in one country where in 2018, there was an average of more than 10 homicides per day (according to the Online Police Statistics System) and where more than 46,000 people have died violently in the last decade.

Is it absurd to question how to guarantee the lives of migrants in a place that in 2010 was considered the most violent country in the world without a war? Although the number of homicides has shown some decrease in most recent years, it is still double the rate of the region and five times more than the world average.

It is precisely within this context of violence that the activities of Doctors Without Borders are framed in Honduras, where, since 2011, the organization has developed a project of humanitarian aid providing medical assistance, mental health and social assistance to victims of violence and survivors of sexual violence in the city of Tegucigalpa, Honduras.

Between 2016 and the middle of 2019, the staff of Doctors Without Borders treated 2,048 patients, victims of sexual violence in the Honduran capital. Of those, 70% were rape survivors, and of that percentage, 51% were minors. During that same period, DWB conducted more than 10,000 mental health consults to patients who suffered sexual violence and who were exposed to other violent situations. Their principal diagnoses were associated with post-traumatic stress (25.6%), depression (23.5%) and anxiety (16.7%).

It is clear that Honduras does not have the capacity to guarantee physical security, health and food to migrants, considering how difficult it is for the country to do this for its own citizens. Also, it doesn’t possess the economic resources or physical conditions to indefinitely house and attend to strangers who cross into its country en route to the United States.

Precisely because of the extreme violence and institutional fragility, Honduras has become a country of expulsion. The situation has led thousands of people to mobilize within and without the Central American country. According to the United Nations Office for the Coordination of Humanitarian Affairs, between 2014 and 2017, the increased number of people who moved for reasons of violence multiplied more than six-fold, from 29,000 in 2014 to 190,000 in 2017.

The caravan phenomenon shows that people are trying to leave Honduras by any means. According to data from the U.N. Refugee Agency, between 12,000 and 14,000 people migrated in caravans to the United States in October 2018. Approximately three out of four of those migrating were of Honduran nationality. (Others were from El Salvador and Guatemala.) Beyond this, 63% of the migrants stated that their motive for migrating related to situations of direct violence (threats, forced recruitment into gangs and the killing of relatives, among other things).

Internal displacement within Honduras does not fall much behind. Between 2004 and 2019, about 247,000 people were forced to move owing to violence-related causes. The situation became worse over the last five years, according to the Inter-Institutional Commission for the Protection of Populations Displaced by Violence.

In this context of structural violence, a treaty such as the one proposed by the United States violates the rights of victims of violence and newly exposes them to dangers that could cost them their lives. Honduras, in sum, is not a safe location for those seeking protection.

José Antonio Silva is the coordinator of Doctors Without Borders in Tegucigalpa, Mexico.