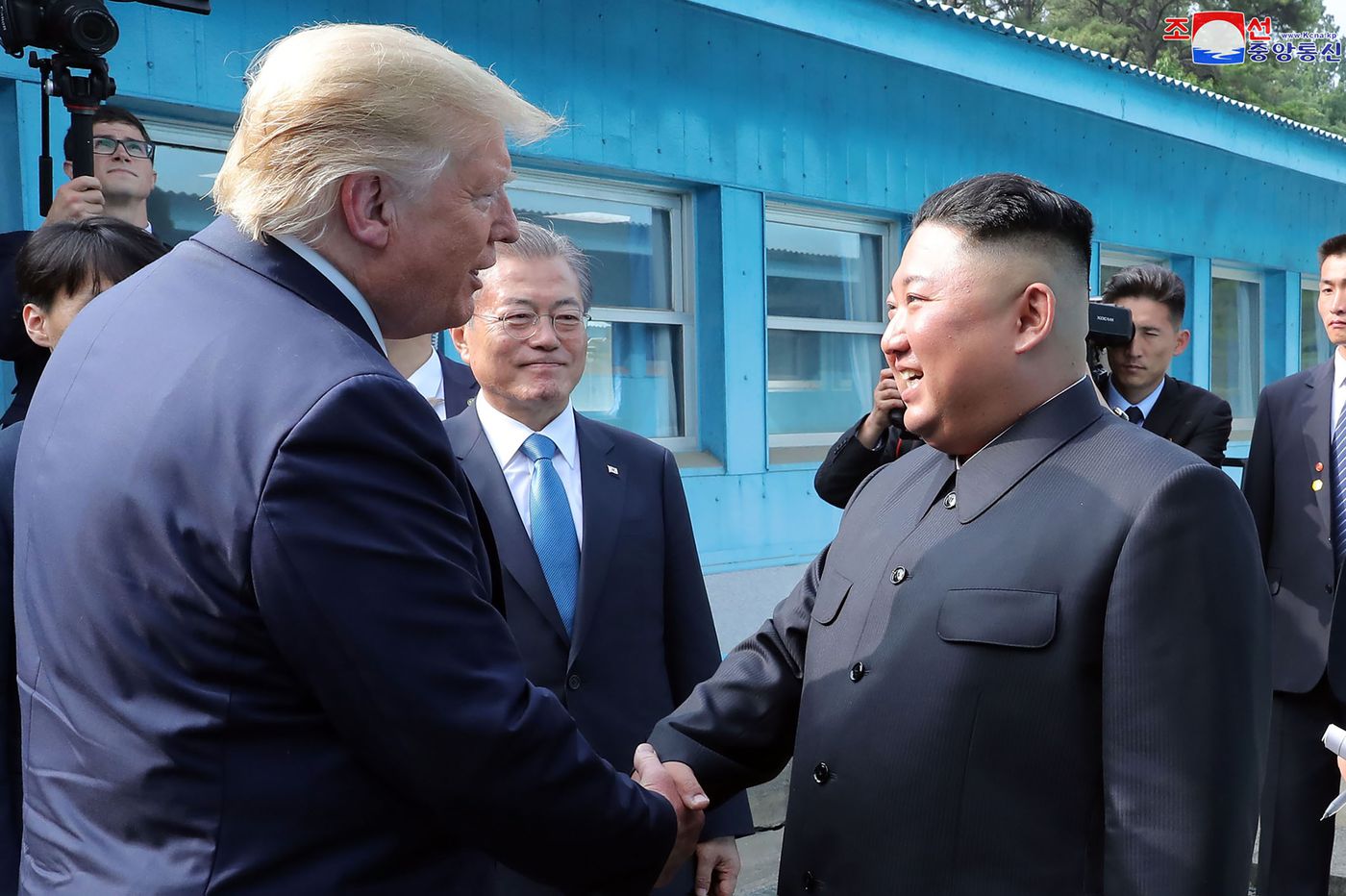 America turned to direct talks with North Korea, excluding China. China made a comeback by using economic assistance as leverage.

In reality, North Korean-American talks broke down, and China got revenge for the trade disputes with America through the North Korean problem.

“The Singapore summit is a taboo subject in American government.”* That was the self-deprecating remark from a high-level White House official with whom I met this autumn, recognizing that although the historic first summit between America and North Korea was supposed to be part of Trump’s legacy, there is a growing negative outlook about it.

One of Trump’s major promises in the 2016 presidential election was to get tough on China in trade negotiations. On the other hand, he almost never mentioned North Korea. But the North’s repeated missile and nuclear tests after Trump’s inauguration were received with alarm. In this context, Trump proposed a deal with China that would include cooperation with North Korea in the trade disputes.

“I explained to the president of China that a trade deal with the U.S. will be far better for them if they solve the North Korean problem!” Trump tweeted in April 2017 after his first summit with Chinese President Xi Jinping. China responded by strengthening customs inspections and border security with North Korea.

Trump also began to reform his North Korea policy. In May 2017, he ordered Mike Pompeo, then CIA director, to set up a Korea Mission Center, and began to analyze the position of Kim Jong Un, chairman of the Korea Workers’ Party.

According to an American official directly involved in negotiations with North Korea, the U.S. weighed opinion from more than 200 people who had met with Kim. Their analysis was that he “longs for Western culture and understands the benefits of economic development.”* The official said the conclusion was that “if we suggest that America replace China as the regime’s backer, there would be a high likelihood of a response.”*

The Trump administration adopted this analysis and steered toward bilateral talks with North Korea that excluded Chinese influence. Distrust of China lurked in the background. H. R. McMaster, then the U.S. national security advisor, explained, “The Chinese have made many promises over the years and kept very few of those promises … Multilateral talks have also failed. I judged that a direct dialogue with North Korea had the highest chance of success.”*

In America, the man in charge of negotiations with North Korea was Andrew Kim of the Korea Mission Center. He frequently visited Seoul and Pyongyang for talks. He is also related to Chung Eui-yong, director of South Korea’s National Security Office and a negotiator with North Korea. In March 2018, Chung passed a message from Kim along to Trump and the first North Korean-American summit was arranged.

China planned its comeback before these accelerated North Korean-American negotiations. In May 2018, Xi met with Kim in Dalian, Liaoning, China. According to an American diplomat knowledgeable about the circumstances in China, Xi agreed to supply North Korea with chemical fertilizers and food, and to increase agricultural aid and tourism. China’s General Administration of Customs calculates that 160,000 tons of fertilizer and a thousand tons of rice were supplied for free to North Korea between June and September.

After this summit, on May 22, Trump discussed China’s contact with North Korea in remarks to the press. “I’m a little disappointed,” he said. I” think there was a little change in attitude from Kim Jong Un, so I don’t like that.” Two days later, the North Korean-American summit was canceled. The American official mentioned above blamed Kim.

After that, North Korea reopened dialogue with the U.S., and on June 12, the first North Korean-American summit took place in Singapore.

A Change of Heart as the Presidential Election Approaches

Following the North Korean-American summit in Singapore, a follow-up meeting was held in Hanoi in February 2019, but an agreement on denuclearization was not achieved. Even today, a path toward an agreement is not in sight and direct negotiations have stalled. Joseph DeTrani, a State Department envoy for the Six-Party Talks,** says that “with its deep economic relationship, China is indispensable to a resolution of the North Korean problem. Excluding it is unrealistic.”*

But it has become difficult for America to earn China’s cooperation. Beginning in July 2018, the Trump administration levied punitive tariffs on $250 billion of Chinese imports. China responded with retaliatory tariffs, and a full-blown trade dispute developed.

In the midst of this, China turned the tables on America regarding its relations with North Korea, putting America in check. Xi visited the North this June as a state guest for the first time. Both countries advertised how they were the strengthening their bonds domestically and abroad. According to a Japanese official who accompanied Foreign Minister Taro Kono on a trip to Beijing in late August, Chinese Foreign Minister Wang Yi said, “America is increasing its pressure against us not just with the trade issue, but in Taiwan and Hong Kong. Our policies cannot escape its malignant influence even over the progress of denuclearization on the Korean Peninsula.”

A Chinese officer knowledgeable about North Korea emphasizes that “regardless of our cooperation on the North Korea issue, it is obvious that we will retaliate against the U.S. for the trade war.” Kurt Tong, former U.S. consul general to Hong Kong, points out that “with the linkage of security and trade issues, distrust between China and America is deepening and the situation is growing more complicated.”*

What emerges from these events is the Trump administration’s uncertain strategy toward China. At first, the administration used the trade card to pressure China into cooperating on the North Korea problem, then it opted for direct negotiations with the North. The Trump administration also launched a trade war, but with the presidential elections approaching next fall, Trump is pushing for a trade settlement to hurry along the results.

Bilateral China-U.S. commercial negotiators reached an agreement on Dec. 13 to lower tariffs, which postpones China’s industrial subsidies and intellectual property problems, and leaving the embers smoldering. Meanwhile, North Korea is ramping up its provocations ahead of the end-of-December deadline for a meeting with the U.S. If another confrontation with North Korea flares up, America’s options will be slim.

*Editor’s note: These quotations, though accurately translated, could not be independently verified.

**Translator’s note: The Six-Party Talks were a series of discussions from 2003 to 2009 on North Korea’s nuclear program involving North and South Korea, China, Japan, Russia and the U.S.