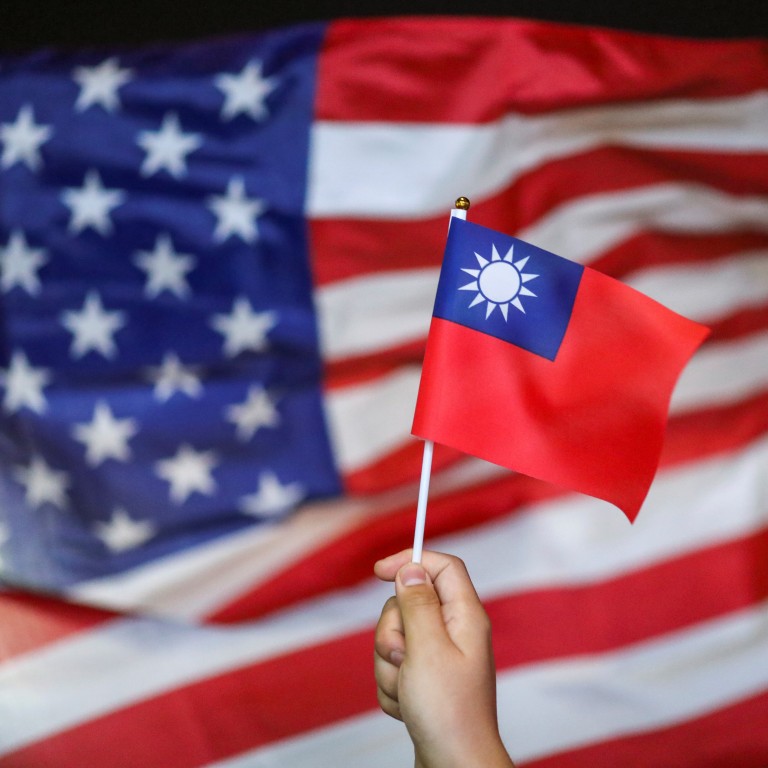 Election interference from foreign powers is one of the main subjects in this election. While Taiwan’s Democratic Progressive Party constantly exaggerates interference from the Communist Party of China, the role of the U.S. in this election is actually just as prevalent. From its high-profile announcement about helping Taiwan resist Chinese interference, to its declaration of friendship with the Tsai Ing-wen administration, to the warning from the American Institute in Taiwan to U.S. citizens that the large political rallies held in Kaohsiung this past December might become confrontational, the U.S. is indicating that it does not want to be merely a spectator in Taiwan’s presidential election.

The case of the Chinese spy Wang Liqiang is an obvious example of this election interference. Although the events took place in Australia, popular U.S. media outlets launched a public opinion battle. Furthermore, even though the legitimacy of Wang’s identity was in doubt, the American Institute in Taiwan still shared Wang’s media interview on Facebook. The Trump administration is not merely a passive supporter in Taiwan’s election this time; rather, it is a battering ram, hoping to influence election results.

The U.S. has passed a number of measures, from the Taiwan Travel Act to the National Defense Authorization Act, which are favorable to Taiwan. Moreover, Department of State and Department of Defense officials have given speeches supporting Taiwan, elevating U.S.-Taiwan relations and strengthening the validity of interfering in Taiwan’s elections to counter China’s interference. In reality, however, apart from lip service, the U.S. has not taken much real action. Visits between high-level Taiwan and U.S. officials have yet to advance, President Tsai has yet to be ceremoniously received when she travels in the U.S., arms sales that have been years in the making have not resulted in providing the most advanced weapons, and Tsai administration diplomatic efforts that have been repeatedly thwarted have not received U.S. support.

Nevertheless, the Tsai administration has been overjoyed to receive this “gift” of help from the U.S., and has continued to proclaim that the friendship between Taiwan and the U.S. has reached an unprecedented level. Regarding election interference by foreign powers, interference by the CPC is considered evil, while interference by the U.S. is considered justifiable. On numerous occasions, Tsai has stressed that Taiwan is the front line in the defense of democracy, and that to resist the CPC with the U.S. is to defend democratic values. The Anti-Infiltration Act recently passed by the DPP reflects U.S. anti-China policy. No matter how it is enforced, the Anti-Infiltration Act will add tension to cross-strait exchange, including that related to politics, culture and education.

The Tsai administration’s argument does not actually align with the current international situation. The U.S. regards the CPC as its primary opposition. Although this relates to President Donald Trump’s policies, this view stems from China’s increasing economic power and international influence, both of which threaten U.S. hegemony. Thus, the U.S. must weaken China’s power so that China cannot easily compete. Such thinking has produced an Indo-Pacific strategy which aims to block and contain countries like China, Russia and North Korea − China being the most powerful and influential. Within this framework, Taiwan is merely a pawn in U.S. efforts to contain the CPC, and the U.S.-China trade war is a battle being fought without bullets.

Western scholars have described this battle as a new cold war in which the U.S. and China both want to use economic and trade pressure to suppress the other. Taiwan is a pawn in the middle of this fight. If Taiwan does not go along with the U.S., U.S. Indo-Pacific strategy will crack. In other words, by talking about “the front line in protecting democracy,” Tsai makes this “help” from the U.S. sound good, when in fact, the U.S. wants Taiwan to stand on the front line of this new cold war − to stand on the front line of the battlefield. Trump’s high-handed claims of “protecting democracy” are just ridiculous.

If the U.S.-China trade war continues to intensify, the one that will be hurt is not the U.S. or China, but rather Taiwan − the one on the front line. If the trade, technology and internet battles escalate into a localized hot war, Taiwan will bear the brunt of it. Once the situation escalates to that point, Taiwan can only hope that the U.S. will rescue those on the front line at all costs; otherwise, they will be as good as lost.

After the Tsai administration replaced Ma Ying-jeou’s pro-American policy of maintaining peace with China with a pro-American policy of hating China, the U.S. gave Tsai the “gift” of help. However, this gift may not be as good as it was alleged. During the old Cold War, Taiwan could still benefit economically and militarily under the two-power structure. However, on the front line of this new cold war, Taiwan must be careful not to let itself sink to a level where even protection is unavailable.

*Editor’s note: The Kuomintang is a political party in Taiwan, currently holding the second largest number of seats in the national legislature.