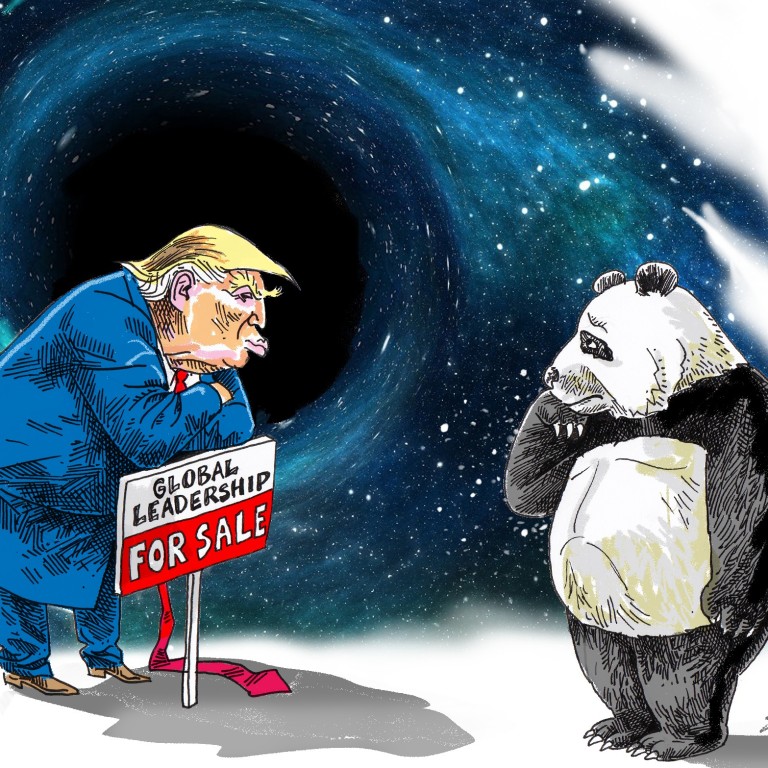 It is a completely out-of-the-ordinary American presidential election year. The primaries will finally begin with the Democratic caucus in Iowa on Feb. 3. Meanwhile, in the Senate, the impeachment trial of President Donald Trump over the Ukraine scandal has started.

In addition to an election that splits America in two along party lines, the current president is being tried in Congress, and both sides are harshly attacking their political opponents. The leader of a superpower is being chosen amid unusual turmoil.

One has to consider this situation worrisome. As America’s divisions harden, both parties may intensify their turn inward. In the final year of Trump’s first term, we fear that American isolationism will further deepen.

Putting the Base First Is Risky

The world is changing in a way that will test Trump’s leadership. The Iranian-American confrontation is at risk of exploding, and there are concerns that North Korea will speed up nuclear weapons development to ensure its survival.

The times have once more turned into a clash of values between the free, liberal camp of Japan and the West and an authoritarian camp centered on China and Russia.

With the existing order crumbling, where is a turbulent world heading? How will it confront interlinked crises and threats? Both parties, and Trump, of course, need to genuinely respond. We wish to solemnly observe these developments.

The “America First” philosophy Trump talked about in his inaugural address three years ago marked a paradigm shift in global society that warped the earth’s surface.

True to his word, Trump has put distance between himself and multilateral agreements, withdrawing from the international Paris climate accord on global warming and the Trans-Pacific Partnership.

And yet, the diplomacy that shifted policy toward the Xi Jinping regime in China, with which America is competing for hegemony, toward a true competition that could be called a new Cold War, is in accord with a realism that is traditional to American conservatism.

Clear support, such as weapon sales and exchange of high-level officials for Taiwan, which is facing pressure to unify with China, is a wise decision in light of its geopolitical significance.

Trump appears to be playing the role of the leader of a strong America for purposes of reelection. But this does not mean the U.S. is serving as the “world’s policeman” that safeguards the common values and order of allied and friendly countries.

Instead, he is firing off tweets about policies and promises meant to maintain his grip on his base of support such as white workers; – more of a “Supporters First” than “America First”?

That is vexing. The administration cannot withdraw from an unpredictable international situation. For tensions with Iran to ramp up so dramatically is an omen.

Although Iran’s move to retaliate has eased for now, it is possible that Shiite armed forces sympathetic to Iran could launch a relentless terrorist attack on Americans throughout the Middle East. The anti-American mood is also spreading to surrounding countries.

If there are American casualties, and the clamor for punishment rises, then Trump will be pressured into making a crucial decision as commander in chief.

Don’t Forget the Crises on 2 Fronts

If America is rocked by its response to the Middle East, it is likely that its contributions to East Asia will diminish. Then again, the two regions are closely interrelated, as demonstrated by Japan’s reliance on the Middle East for 90% of its oil. We must be ready for a crisis to flare up at a moment’s notice.

The basis for the Chinese-American confrontation will not change. We must not forget that China is increasing its military pressure in the Taiwan Strait and the East and South China Seas.

Kim Jong Un, Chairman of the Workers’ Party of Korea, must be watching the Iranian-American clash with bated breath. We need to assume that it will cling to its nuclear missiles even more tightly now, having concluded that America killed an Iranian commander because Iran lacks nuclear weapons.

The key to the two-front situation in East Asia and the Middle East lies in America’s connection to allies such as Japan and Europe. Despite this, the administration’s snubbing of allies has only grown more blatant since the departure of Defense Secretary James Mattis a year ago. The pressure to greatly increase burden-sharing for American troops in Japan might grow.

If America increases the gulf between itself and its allies, it will play into the de facto alliance between China and Russia that is developing. We should prepare thoroughly for bold, large-scale threats during the presidential election.

As Japan approaches the 60th anniversary of the revision of the U.S.-Japan Security Treaty, it needs America’s diplomatic power in Asia. The first priority should be to hasten construction of a free and open regional order in the vast Indo-Pacific, stretching from the Far East to the Straits of Hormuz.