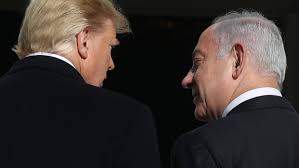 The peace plan or “deal of the century” put forward by President Donald Trump has had at least two remarkable effects: On the one hand, he has given his friend, Israeli Prime Minister Benjamin Netanyahu, a reason to smile. The latter is desperately trying to extricate himself from the scandalous corruption cases that have been a blight on his career for a decade and which are highly likely to influence the Israeli elections next March. On the other hand, the deal has succeeded where the Arab League failed in finally uniting Hamas and the PLO to reject “the scam of the century.”

With little regard for U.N. resolutions, Trump has honored his contract with the Zionist lobby represented by his son-in-law, Jared Kushner; American Ambassador to Israel David Friedman and his right-hand man, Jason Greenblatt. These three figures are notorious Zionist activists in an America that strongly support the Hebrew state, regardless of who is in power. Democrat Barack Obama, who had a tense relationship with Netanyahu, proved this at his own expense.

Trump’s son-in-law, an adviser to the White House, has been called the architect of this peace plan. In reality, he is only the mouthpiece. Greenblatt, former executive vice-president and chief legal officer of the Trump Organization and special envoy for the Middle East, and Ambassador Friedman are the real linchpins of a project largely dictated by … Netanyahu. Their spectacular promotion, in the aftermath of Trump’s election, had no other purpose than to ensure Netanyahu’s triumph.

What can the Palestinians do, in the face of such adversity, when they have been abandoned by the Arab Nations for several years? Furthermore, ties between certain Gulf states and the Hebrew state are becoming increasingly apparent, as seen in Bahrain recently when Netanyahu was welcomed with great fanfare, or in New York, where the Saudi crown prince chatted with his friend Kushner.

The crown prince is the main financier of Jewish settlement, which has experienced unrestrained expansion in order to destroy the aspirations of the Palestinian people. Far from serving the “chosen people,” this fait accompli policy stems from a Zionist strategy that has involved relentlessly seizing occupied territories since the creation of the Hebrew state in 1949,* even if it leads to an increased likelihood of conflict in a region that is still a huge powder keg.

*Editor’s note: This appears to be a reference to the establishment of the state of Israel which took place in 1948.