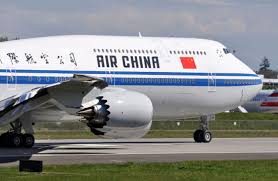 The number of confirmed new cases of the novel coronavirus in regions outside Hubei province has declined for the eighth consecutive day. This is a clear indication that China’s top-level preventative measures have been effective, and this severe outbreak has, to a large degree, been brought under control. Although experts are still widely cautious about announcing a turning point in the epidemic, we can see the light of a new day. All of Chinese society is working hard under the government’s leadership to bring about a fundamental shift in the current situation.

Within China, aside from Hubei province and some specific cities with severe epidemic situations, interprovincial and intercity transportation has largely been restored. The airports and railway stations in central cities like Beijing and Shanghai are bustling once more. The subways of many large cities are no longer as deserted as they have been in recent days.

Authorities have not relaxed nationwide epidemic control and prevention in the slightest. An epidemiologically sound system of disease management has been rapidly set up and continuously enforced in each city. Most communities have adopted very strict control measures, such as prohibiting neighborhood access for nonresidents, including express delivery personnel, and implementing body temperature testing in nearly all public spaces. Infected people can now be quickly identified and those they are in close contact with can be located promptly. All of these measures have formed an inescapable net that is being used to combat the novel coronavirus across the country.

Under these conditions, we believe it is time for countries which have adopted strict travel restrictions against China to reconsider those policies. The city of Wuhan, Hubei province, and various other cities have now been closed off, and the new infection rate in other parts of China is quite low. For example, the daily rate of new infections among Beijing residents recently has been around 0.5 new cases per million people. The probability of Chinese travelers carrying the virus to other countries now is not the same as it was before these strict measures were adopted.

When the World Health Organization declared that the novel coronavirus was a “Public Health Emergency of International Concern,” it explicitly did not endorse the adoption of travel and trade restrictions against China, a decision primarily based on the strong control measures adopted by the Chinese government. China has been worthy of the WHO’s trust; we have attained tight control of the virus.

Some countries have completely cut off transportation and contact with China, even prohibiting noncitizens who have visited China within the previous 14 days from entering their country’s borders.

This response is extreme and far exceeds WHO recommendations. Now that the situation has clearly undergone a positive shift, rethinking and canceling these policies as soon as possible is seriously warranted.

China is the world’s largest base for the manufacturing industry, and is also one of the largest labor hubs worldwide. Cutting off flights to China will lead to huge losses for many airlines and will simultaneously strain to the world economy for the first quarter of this year. If this current predicament continues, everyone will suffer even greater losses from the epidemic.

Although the coronavirus which the WHO has named COVID-19 is deadly, the practical danger it poses will be limited if the necessary control procedures are simply implemented. As of now, the number of deaths attributed to this virus in large Chinese cities like Beijing and Shanghai is in the single digits; in Beijing, there have been only three deaths. The number of deaths in large U.S. cities from the 2019-2020 flu season is much greater.

Since China has already made a great effort and undertaken investigation in advance to control COVID-19, it is completely unnecessary to use international isolation to prevent the transmission of this disease. It is unscientific, and goes against national and global interests. Now is the time to correct this mistaken approach.