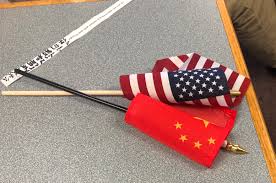 Recently, certain African and Western media sensationalized the alleged unjust treatment of African citizens in Guangzhou, exaggerating the incident as a case of Chinese discrimination and use of racist pandemic control measures against Africans in China. The Chinese Ministry of Foreign Affairs, Chinese embassies in Africa and African ambassadors in China rapidly spoke up to refute false reports and clarify the truth. China has always opposed any sort of differential treatment of a particular group, and took a zero tolerance position against any discriminatory language or action. However, some videos criticizing China out of context have been shared on social media platforms such as Twitter and WhatsApp, to great negative effect.

I personally have also seen similar videos on WeChat Moments. Some African scholar friends regard them as true, and lament the severity of the issue. Meanwhile, some Chinese businessmen and citizens overseas who work in investment and trade cooperation in Africa have recently experienced increased openly unfriendly behavior and even hostility directed at the Chinese from the public in African countries.

Since the pandemic broke out, constantly shifting international public opinion has been no less complicated and uncertain than the variations in COVID-19. This publicity storm of alleged racial discrimination against Africans is in fact not an isolated incident, but is rather part of a siege of public discourse against China, promoted behind the scenes by anti-Chinese war hawk forces like the United States. The goal of this malicious publicity is to shift the blame for the global spread of COVID-19 to China, and to discredit and sabotage the friendly cooperation between China and Africa, squeezing China off the continent.

In reality, if Chinese-African cooperation against the pandemic, or China-Africa relations overall, were to suffer a setback, stagnate or even regress because of this, the governments, businesses and citizens of China and Africa would, of course, be the first to suffer. Those who would benefit from and celebrate the disruption of the China-Africa relationship would be the Western media and politicians, who have continued to be unhappy and envious of the increasing closeness between the two.

When we carefully examine the remarks slandering Chinese-African cooperation in fighting the pandemic, it’s not hard to see that, except for online posts and shares from a few uninformed individual African media sources, U.S. media and government officials are also enthusiastically at work, both behind the scenes and in the open. For example, as a report from The Wall Street Journal states, “[this story is] confirming preconceptions across Africa that China is a very racist place.” A U.S. State Department spokesman even said, “It’s unfortunate but not surprising to see this kind of xenophobia towards Africans by Chinese authorities. Anyone who watches Chinese engagement in projects across Africa recognizes this kind of abusive and manipulative behavior. Promises made to Africans, including those who work and study in China, are never kept as advertised. To treat people, especially students, this way during a global public health crisis says everything about how the PRC views their so-called ‘partnership’ with Africa.”

These attacks are open and undisguised. They extend from comments on the Guangzhou incident to “Chinese engagement in projects across Africa,” and then again immediately attack the essence of the PRC-Africa partnership. This kind of leap between points clearly betrays to the world their true intention to disrupt Chinese-African relations.

Some say that after the problems of violence and hunger are solved, we will also have to solve the issue of condemning others. This shows how important winning the war of public opinion is to China’s development. From this bout of bad publicity surrounding Chinese-African relations, we can see that various forms of social and personal media primarily present the challenge at the moment. Among the African population, news is shared quickly with a wide audience without any way of authenticating it. The influence of public opinion shared on social media is continuously growing so we need have clear objectives in fighting the war against it.

The first objective is to maintain the use of counterattacks among official and traditional media, and have them issue targeted and clear rebuttals. The second objective is to produce relevant, concise and powerful video to be disseminated over social and personal media. In order to unite the Chinese and African people effectively, in addition to strengthening trade cooperation, we must also highly value how public sentiment is shaped, and win the war of public opinion and social media.

We believe that the mutually supportive partnership between Africa and China will endure through thick and thin, rain or shine. It has already weathered many storms in the past half-century, and it won’t collapse just because of a few publicity problems and the clumsy performances of politicians. On the contrary, Chinese-African friendship and cooperation will continue to grow stronger and more refined through these trials.

The author is a researcher at the Institute of West Asian and African Studies, Chinese Academy of Social Sciences/the China-Africa Institute