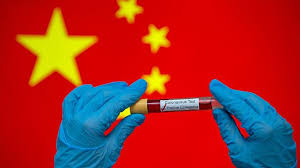 It is clear that the world has changed. Not only because we are locked up in our homes 24 hours a day, but also because globalization as we knew it earlier this year has experienced an important shift. Here is the paradox: It is communist China which shows itself as “globalist,” providing assistance with sanitation to every continent, while the United States, once the guardian of multilateralism, throws punches as if it were fighting against itself.

Donald Trump did not only lock himself up within his borders. He blamed the World Health Organization, China, immigrants, his country’s governors, the Joe Biden-Barack Obama duo, Bill Gates and a long list of others. He seized ventilators by pillaging them from other countries and had 22 million Americans applying for unemployment insurance in less than a month. The tantrum he threw against others may be an attempt to redirect public discussion and focus from the thousands of deaths occurring daily in the United States. It was the head of state of the (still) most powerful country in the world who, months ago, said that the virus would be gone with the warmth of April. April came and settled in; and the virus not only stayed, but expanded as in no other place on earth. The images of mass graves on Hart Island in New York indicate that something is different. In contrast with 9/11, this time the declining superpower shows its dead; it shows itself vulnerable for the first time.

Initially judged for propagating the virus and keeping information secret, Beijing quickly transitioned to a soft-power phase. Zhao Lijian, spokesman for the Chinese Ministry of Foreign Affairs, announced that Xi Jinping’s administration sent supplies to 127 countries. According to Chinese customs, between March and April, China exported more than 35 million units of personal protection equipment, 2.5 million thermometers, 3 million testing kits and 8.5 million protective glasses. Moreover, the Chinese Ministry of Foreign Affairs confirmed that, by April 10, 13 medical teams were sent to 11 countries, and that 70 videoconferences were conducted with experts from more than 150 countries. In other words: China’s is a large-scale, coordinated and sustained action, which includes $20 million in additional financing for the WHO. Trump, on the other hand, called off American support.

It is too soon to guess how the future, or even the post-pandemic world will be. Today, the great question is when and how this global quarantine, unprecedented in human history, will come to an end. We not only do not know what will happen in five years, we do not even know what will happen next week. One thing is certain, though. Until now, the two great central world powers have chosen two different strategies regarding the COVID-19 crisis. The United States chooses to stay within its borders pursuant to a strategy of defensive discourse, while the People’s Republic of China goes abroad and exerts soft power to slow the spread of the virus. Both strategies will, no doubt, have consequences on the international stage. For example, the European Union, the strategic ally of the United States during past decades, is distancing itself from Trump and his erratic behavior regarding the WHO. In other words, the game board is quickly changing. Will China consolidate its position as a global player thanks to its management of the COVID-19 crisis? Everything seems to indicate this will be the case and that China will reinforce its position as a global player. There are the telling figures concerning public health assistance. What did the United States have to offer the multilateral world that it has tried to shape, except for rebukes? That is the question that remains unanswered amid the most important worldwide economic, political and public health crisis to be recorded in the postwar period.