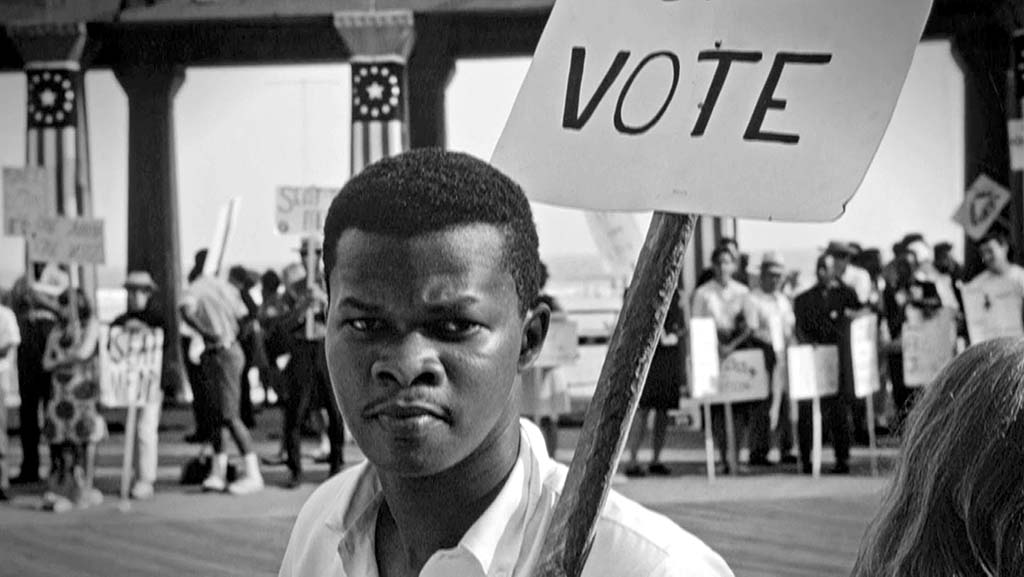 Of the myriad statistics published in the wake of violent unrest — which progressed to peaceful protests and now worldwide statue toppling — following the horrific murder of a Black citizen by a white police officer in Minneapolis, the most symbolic of all is probably the relationship between the percentage of African Americans in the United States (12%) and the percentage of Black inmates within the prison population (33%). This is because 155 years since the abolition of slavery, it would appear that a significant portion of the descendants of the 4 million slaves who gained their freedom still remain under lock and chain.

The civil rights movement of the 1960s represented exponential progress in the right to vote for Black citizens residing in Southern states and marked the endpoint (also in the South) to the indignities of racial segregation, comparable to the South African apartheid. However, these legal reforms also produced a pendulum effect in terms of voting in the former Confederate states, with undeniable racial connotations.

A strange situation exists whereby the increase in the Hispanic population is gradually moving a series of states toward the Democratic Party, while states with high percentages of African Americans are still currently firm Republican territories. And that’s because, despite the considerable exodus that the aforementioned racial segregation caused in the mid-20th century, from rural Southern states to the big industrial cities in the East, like New York and Philadelphia, and in the Midwest, like Chicago and Detroit, Mississippi still maintains an African American population of more than 37%. Other Deep South states like Louisiana, Georgia, South Carolina and Alabama have similar numbers. How can that be? Surely African American voters are staunch supporters of the Democratic Party since the civil rights movement? Of course they are, but apart from a certain subgroup of abstentionists, they can do very little if the Republican candidate reaps 90% of the white vote (which unfortunately could be a good reason for Black abstention). In fact, there are Southern states where the only Democratic members of the House of Representatives are Black, invariably chosen in districts with a majority African American population. Where there is more ethnic diversity, in Florida for example, Black voters, even though there are fewer, have more influence; think former President Barack Obama, who won this divisive state on two occasions.

On the other hand, racial segregation in its purest form, the opportunity to enjoy beaches, drink from a fountain, the right to be served in a restaurant or to use a bus terminal without being discriminated against because of the color of your skin, was fortunately stopped many years ago, although perhaps it wasn’t so long ago in historic terms; in 17 states in the 1950s interracial marriage was against the law. And it didn’t stop there, if an interracial couple from Alabama, to give an example, got married in New York, the marriage wouldn’t be valid in their home state.

The multitude of factors that influence the dramatic situation of the Black population in the United States — from the above mentioned historic reasons, socioeconomic inequality, easy access to firearms and their consequent use by police at the smallest suspicious movement, the drug pandemic in ghettos, a penitentiary system dedicated exclusively to repression, a culture of dependence on the health care sector as a sole source of income, or the breakdown of the family unit, to name a few — by no means justify police brutality or racism, pure and simple, but they do contribute to the understanding of this intricate problem.

Of all the connected sociological questions, that which historically seems to be most difficult to answer is the question of successful urban integration. Not every Black neighborhood is unsafe or located in deprived areas, the United States is certainly one of the few countries in the world with a significant Black middle-class population. In the country of the divine dollar, an African American millionaire could theoretically buy whatever apartment or a house in whatever neighborhood they want. However, successful integration — neighborhoods with similar numbers of Black and white residents — are still the exception, not just in the South but anywhere in the country. This is probably due to the low degree of mixing between races, but that’s a topic for another article.