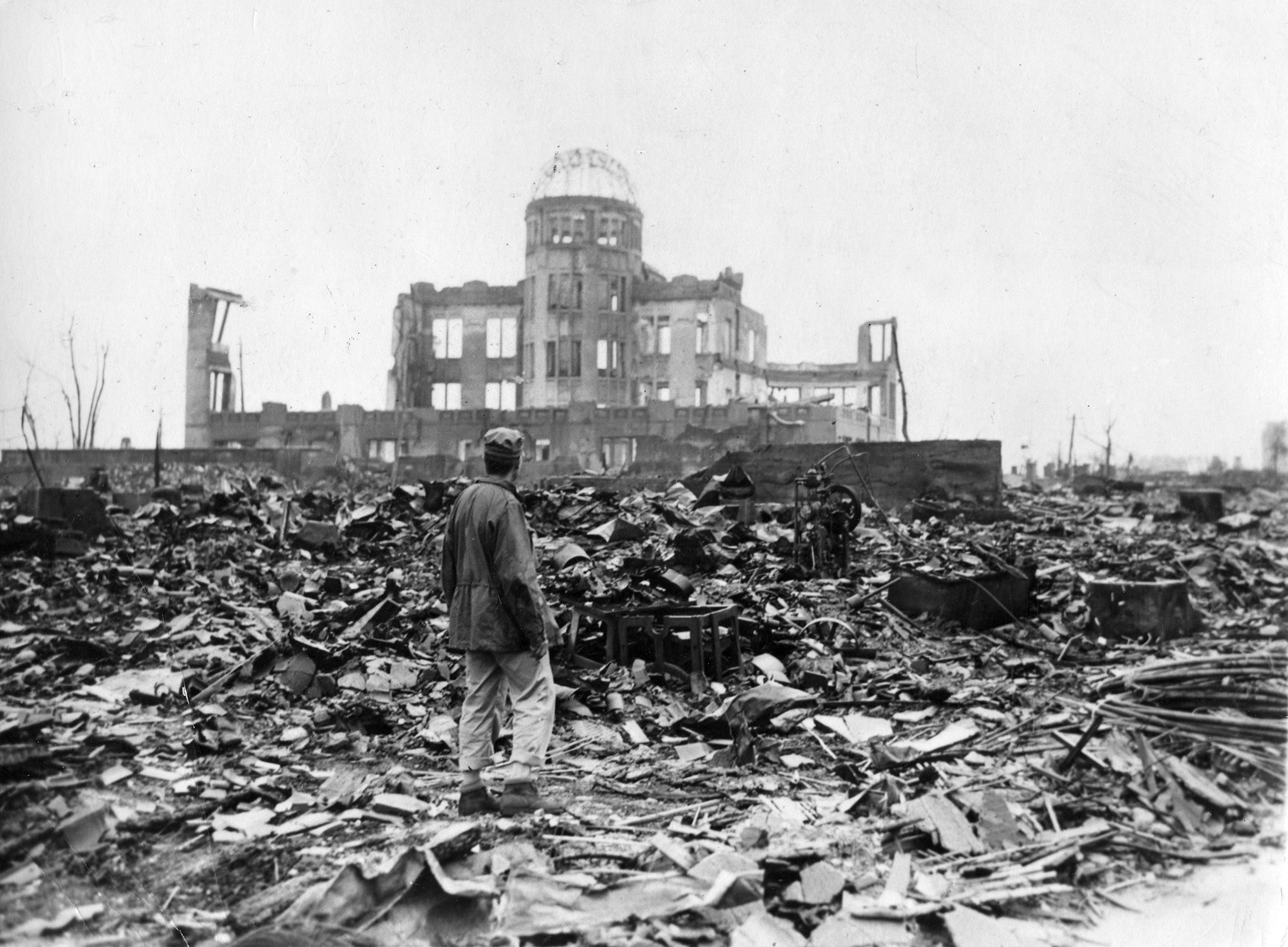 What can we say? Lay down our arms. Do not believe. Cry for Earth and its children. Call Americans what they really are. Curse President Harry Truman and Secretary of Defense Henry Stimson to the end of time. For centuries to come, they will carry the heavy burden of guilt. They will never be forgiven. The Turks killed a million Armenians — men, women and children. The horror was such that one sees a Turk and it seems as if he has a bloodstained knife in his hands and a shameless smile on his face. Their government never apologized for their cowardly crimes.

Humanity had just opened the curtain of the Holocaust: scientific mass death designed by Nazi Germany including the gas chamber, the apex of cruelty, of evil, of perversion. The victims were, again, children, women and men. A valve is switched and that is it: The other is killed, the other that is not seen as an equal. And this just due to the superficiality, perhaps to better interpret the word “evil,” of following orders, to the obscenity of pleasing base instincts.

And now, this, which is the unfathomable. A city, Hiroshima, lives and then a flash lightning from the sky proves to them that they are all dead. Every last cell destroyed. They are no more; they have been erased.

The scientists and plane pilots that — almost as if they were having fun — carried the deadly lightning and threw it down in the middle of a city were the new SS. The wire photo shows the pilots smiling so “Americanly,” like Robert Taylor or Clark Gable in their movies. They are in the cabin of the Enola Gay as if they have just won the Olympics. Behind them, there are thousands of unburied dead. How easy it was for them, to switch out morals — the ethics they learned at their Catholic, Protestant and Methodist churches. Then, they sang a chorus to thank our Lord Jesus.

At Hiroshima, they had definitely killed — science used as a deadly weapon. Einstein must have been a truly wretched man if he lived to see all his knowledge at the service of something so contrary to what he had always dreamed.

In a second, there was nothing left. The lightning struck and the unborn child, still in his mother’s womb, was left on his own, lost, while his mother had already turned to ashes; perhaps the child suddenly came out and his eyes were dazzled and dried, and turned to ashes as well. Innocence killed. Teenagers, thinking about how they were going to kiss in the park that afternoon, were left with half-open lips by the fire that made them nothing and no one. Maybe Truman drinks whisky with his generals; they are utterly satisfied. The war is won. He just had to move his finger and smile for the press to unleash the cataclysm. Harry Truman, the king of executioners. The flick of a finger, the death of 80, 100 or 200,000, it does not matter. Death is already there, among burning ruins where no bone or skull can be found. Harry Truman used his pilots to burn them all. Truman will go to Thanksgiving. The sound of the organ will grant him the stature of hero and God’s favorite son. And the American people will calm down and fathers will tell their sons about the stars and stripes.

The fans of morals and ethics may wonder if there was no other way. Why were things not talked about clearly? Why was a world assembly not called? Were the effects of the bomb not shown in the desert? Was the enemy not given time to realize that the only way was to unconditionally surrender if it wanted to save what is most precious: human life? No. Truman chose with utmost cruelty: bombs first, words second. Around 200,000 dead to make them reason. It does not matter, in the end; they are just yellow.

An ultimatum could have been sent to Tokyo, telling them that Hiroshima should be evacuated in 24 hours, because a weapon would strike down and make everyone disappear. Nothing was made, mercy was worthless. America was certain that the war was won. No, first it wanted to try its most powerful weapon, the one that would change the politics of the world. It was said that this weapon, after the Hiroshima experiment, would bring eternal peace. What it was going to bring was absolute power to America.

What is humanity supposed to do with those that were murdered with absolute impunity? After Hiroshima, reading the Bible is not necessary anymore. When he knew the results, Truman went to pray. It is said that he went into the church as if he was entering eternity, as if he was the protagonist of a divine doing. Meanwhile, the atomic bomb will consume cell after cell with its atomic radiation. Anyone who was near or anyone who dares to enter that cursed place will have the same fate of those who were struck in the eyes by the lightning. Cancer and genetic damages will be like mounted knights of death that will maraud the place cursed by the Yankee god.

And the question is: If the Japanese were about to surrender, why the bomb? It was a kind of pleasure, a kind of show-off for the world and the communists: “Beware, and behold what we possess; God, as always, is on our side.” Japan deserved to lose the war for the attacks on Pearl Harbor. But humanity, and mainly the children, the teenagers and the flowers, did not deserve the punishment by fire of the American god. It was a gratuitous act that satisfied those that feel like masters of the world and execute death penalty as if it was nothing.

The dominant classes of that violent country found great pleasure. God’s justice had been carried by an American plane, the Enola Gay. There were no regrets. It was the triumph of the fairest. They were only the executors of God’s will.

Anyone who goes about the history of the elimination of the native inhabitants of the United States will find no differences — besides the method — from Hitler’s racial policies. They were killed with determination and disgust, as if they were venomous snakes. And America was not the only one. The same policy can be observed in the Spaniards that conquered the lands in South America or in many independent states. The Argentine case, known as the “Conquest of the Desert,” is so notorious that, even to this day, Argentine society refuses to take responsibility for it.

Hiroshima should serve as an example; civilized nations should never again be attacked with such viciousness and irresponsibility. Never again death from the sky. It is the most ignominious crime against humanity.

This article was originally published by in Pagina12 on Aug. 6, 2005. Historian and journalist Osvaldo Bayer was a columnist in our publication until his death on Dec. 24, 2018.