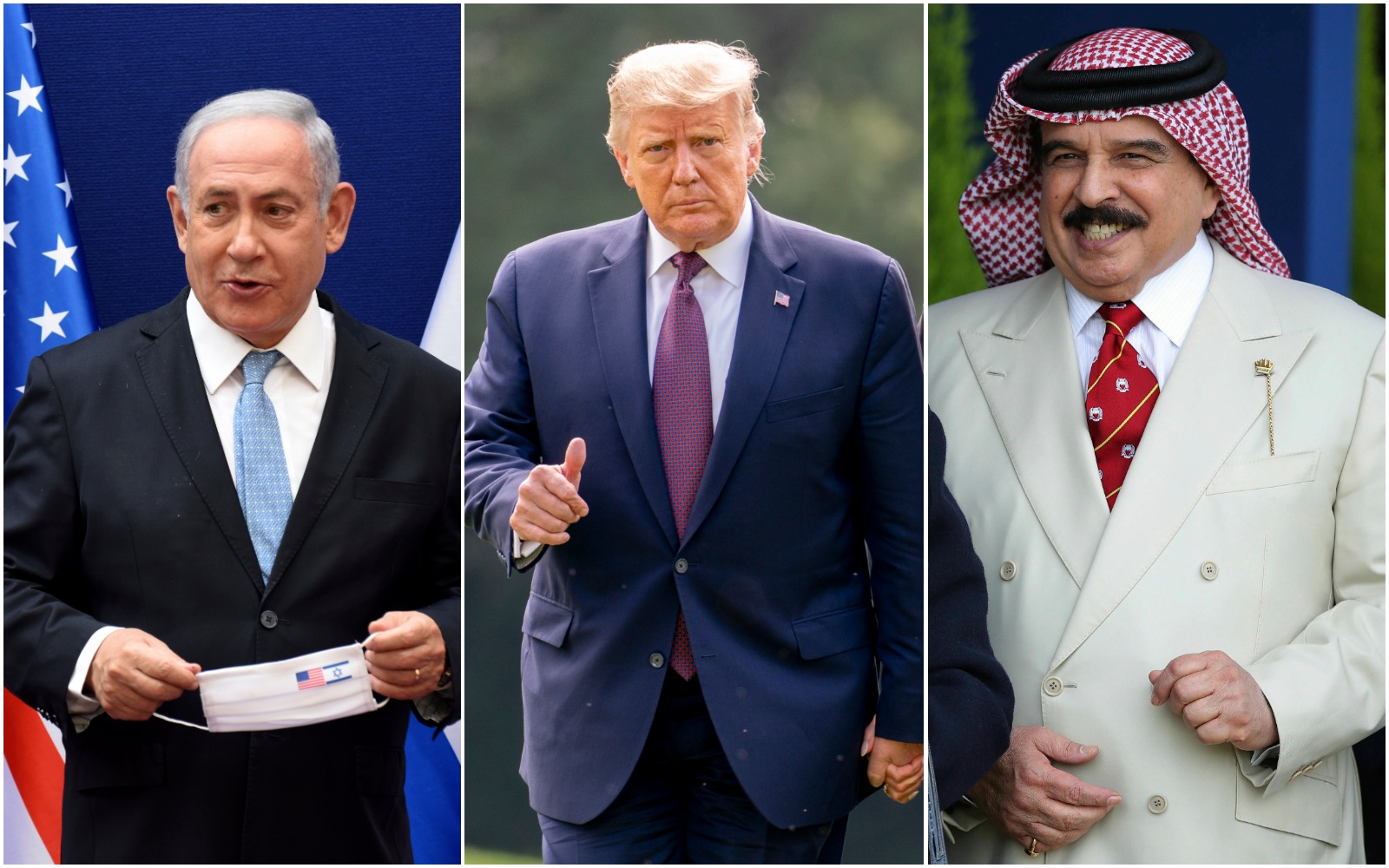 The king of Bahrain is a loyal vassal of Saudi Arabia and the United States. Now he is making peace with Israel. With this, the monarchy becomes a front-line state in the shadow war against Iran.

So far, Donald Trump’s tweet has not caused rejoicing between Kentucky and Kansas. And yet, the diplomatic rapprochement between Israel and the Kingdom of Bahrain, announced by Trump on Friday, is more than remarkable.

Until now, Israel has only entered into peace treaties with its neighbors Egypt and Jordan, which took place decades ago. Just few weeks ago, the powerful United Arab Emirates announced the normalization of its relations with the Jewish state. Now Bahrain, a small, yet geopolitically significant country, is following suit.

Bahrain, nearly the size of Hamburg, is an archipelagic state, comprising several dozen islands, some of natural origin, some artificially created. It is home to approximately 1.5 million people, became wealthy from its oil industry, and is now a banking hub for the Arab world as well as a base for the United States 5th Fleet.

Approximately two-thirds of the roughly 800,000 nationals are Shiiites, one-third are Sunnis. The conflict in Bahrain between the two main Islamic denominations manifests itself time and time again as if it were being viewed under a magnifying glass. It’s a bloody struggle that began more than a millennium ago in the desert of the Arabian Peninsula.

Hamad bin Isa al Khalifa has been the kingdom’s monarch since 1999. The man with the bulldog cheeks and the thick mustache enjoys his role as a reformer. A rubber-stamp parliament was created under his rule. The decisions in Bahrain are not made by the people, but by the kingand his patrons in Saudi Arabia.

It was likely the Saudi monarchy that helped the king keep his throne during the Arab Spring almost 10 years ago when his Shiite subjects took to the streets of the capital, Manama.

Bahrain was the only Gulf state that, for a short period of time, experienced difficulties in 2011. Saudi Arabia sent armed forces and violently ended the insurgence.

The Sunni hegemonic power portrayed the people’s uprising in Bahrain as a conspiracy, behind which stood its main adversary in the region ‒ the Islamic Republic of Iran. According to accusations, the Shiite ayatollahs wanted to use the Arab Spring to turn the small kingdom of Bahrain into a Shiite theocracy modeled after themselves.

This fear has historical roots. Iranian hardliners provided frequent reminders that, in the 18th century, Bahrain used to be a Persian province and that it would be Tehran’s objective to reestablish this status.

Is the Shadow War between Iran and Israel Escalating?

Trump has not shown much interest in the Shiite-Sunni conflict during his term to date. With the help of his son-in-law, Jared Kushner, the president is pursuing two main objectives in the Middle East: to strengthen Israel and weaken Iran.

According to Raz Zimmt, a research fellow at the Institute for National Security Studies in Tel Aviv who specializes in Iran, this latest rapprochement between Bahrain and Israel is likely a cause for concern in Tehran.

The reason: After a process of reconciliation that has taken years, Bahrain has now officially become a front-line state in the brutal shadow war and is standing alongside Saudi Arabia, the United States, the United Arab Emirates and Israel, which have formed a strategic alliance against Iran.

Against this backdrop, “terrorist attacks against Bahrain or the United Arab Emirates cannot be ruled out,” says Zimmt, “either by Iran themselves or with the help of their proxy militia, like the Houthi rebels in Yemen.”

The Palestinians have been largely sidelined in this regional power struggle for the realignment of the Middle East. The government in Ramallah has recalled its envoy to Bahrain for consultation, but Palestinian President Mahmoud Abbas stands very much isolated at the moment.

Thus far, aside from Iran, only Turkey has condemned the Bahrain-Israel accord. Egypt, on the other hand, dependent like Bahrain on the petrodollars of the power holders in Riyadh and Abu Dhabi, hailed the deal, according to the news agency AFP.

Next week will most likely not be a successful one for Abbas with regard to his requests of Trump. The president has scheduled his next Middle East meeting for Tuesday, when he welcomes Israeli Prime Minister Benjamin Netanyahu, as well as emissaries from the United Arab Emirates in Washington, where they will sign the peace treaty.