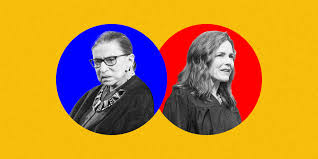 Donald Trump has nominated Amy Coney Barrett to the Supreme Court. She is opposed to Obama’s health care reforms and abortion.

Donald Trump has fulfilled his supporters’ wildest dreams. On Saturday, he nominated Amy Coney Barrett to the Supreme Court. The president called the judge a “woman of remarkable intellect and character” and “one of our nation’s most brilliant and gifted legal minds.” He also found it appropriate to praise her as a “profoundly devoted mother.”

If the Republican majority in the Senate confirms Barrett, as it seems they will, the court will once again have a solid 6-3 conservative majority for the first time in decades. That is enough to overturn or undermine a number of reforms, from the rights of women, immigrants and minorities, to social entitlements, to Barack Obama’s health care reform. It will also anchor the highest judicial authority in the country on whose table all contested political undertakings eventually land, to the right far beyond the next presidency because a Supreme Court justice serves for life and Barrett is only 48.

Trump was in a hurry to fill the position, recently vacated with the death of Ruth Bader Ginsburg. The 87-year-old justice died last Friday following a long illness. According to her family, Ginsburg dictated one final wish to her granddaughter, Clara Spera, shortly before her death. “My most fervent wish is that I will not be replaced until a new president is installed,” she said.

But Trump promised in his first election campaign in 2016 that he would fill the court with conservatives who opposed of “Roe v. Wade,” the 1973 landmark decision which protected women’s right to abortion in the U.S. For evangelical fundamentalists, whose vote Trump needs in November, abolishing, or at least undermining, “Roe v. Wade” is an obsession. With Barrett, Trump would be able to declare success in the judicial crusade that the Republicans in Washington have been waging for decades. In the last four years, he has permanently changed the landscape of the courts by nominating more than 200 federal judges, including two Supreme Court justices who have been confirmed. Regardless of the upcoming election, these judges can determine the direction the country takes in future. Trump’s judges are young (their average age at nomination is 48), predominantly white (85%) and are right-leaning.

The president sought to make Barrett’s nomination in the Rose Garden at the White House appear as a clearly nonpartisan gesture. But just a few minutes later, a press release quoted the president describing his move with the same words he used during the 2016 election campaign, asserting that Barrett is “crucial to make America great again.”*

From the Other End of the Spectrum

As successor to the left-leaning liberal “RBG,” Barrett would profit from the fact that the late justice paved the way for women to reach the highest levels of power. But Barrett and Ginsburg come from extreme opposite ends of the spectrum, politically and legally. Law professor and current federal appellate judge Barrett belongs to the same conservative Federalist Society as the five conservative male justices on the Supreme Court. Federalist Society members claim that they interpret the Constitution the way it was intended to be read at the end of the 18th century. Barrett calls herself a textualist and an originalist. The idea of women determining decisions about their bodies, the notion of gay rights and the protection of African Americans’ right to vote did not occur to the Founding Fathers. When they wrote the Constitution, women had no say in politics and Black men and women were slaves.

Barrett, a Catholic, belongs to an ultraconservative group of charismatic Christians known as “People of Praise.” She is also one of the lawyers for the anti-abortion group “Faculty for Life.” Religious freedom is more important to her than the protection of special rights.

After the death of Ginsburg, who had been critically ill, the Democratic Party asked the Senate to defer the nomination of her replacement until a new president could take office. The Democrats reminded Republican Senate Majority Leader Mitch McConnell that during the last presidential election in 2016, McConnell refused to even hold confirmation hearings for Obama’s Supreme Court nominee to fill the vacancy left by the death of Justice Antonin Scalia. McConnell argued at the time that filling a vacancy on the Supreme Court was not possible so close to the election. Scalia died eight months before the election in 2016; Ginsburg died only six weeks before the upcoming election.

The Supreme Court’s movement to the right is more important to McConnell and almost all other Republicans than the argument they themselves made four years ago. Currently, only two Republican senators are considering not voting on the Supreme Court nomination before the election. Even without them, Republicans have enough votes to confirm Trump’s nominee.

The Democratic Party, which seemed optimistic about the upcoming vote just a few days ago, has had its back to the wall since Ginsburg died. So far, the party has no political strategy to prevent Barrett’s confirmation in the Senate. Its presidential candidate Joe Biden has merely appealed to the “conscience” of the Republican senators. Other Democrats have threatened to increase the number of justices serving on the Supreme Court in the future (a step that is contentious in Democratic circles).

Leftist groups and civil rights organizations have warned that Barrett’s confirmation will endanger many rights and push overdue reforms far beyond reach. With a solid conservative majority on the court, the financial influence of businesses over politicians will grow, no support for environmental and climate policies can be expected, the gun lobby can expect long-term support from the very top, and long outdated institutions which date back to the early years of the U.S., such as the Electoral College, which elects the U.S. president, will remain untouched.

The Republicans in the Senate want to begin Barrett’s hearings as early as Oct. 12, and confirm her a few days before the election on Nov. 3. If they succeed, she could have a say in deciding the future of Obama’s most important project, health care reform, just one week after the election. In the year of the pandemic, which has already cost more than 200,000 lives in the U.S., this could cost millions of people their health insurance. And if the election result is contested and reaches the court, as many expect, a Justice Barrett could help decide who the next president of the United States will be.

Despite their opposition to Barrett, the Democrats must adopt a more cautious tone toward her than they did with Trump’s last nomination for the Supreme Court. Unlike Brett Kavanaugh, who was not a good advocate for his own cause given allegations of rape, Barrett makes a winning appearance. For this reason, and having skillfully responded to questioning in 2017, Barrett had already made an impression at the time she was nominated to the federal appellate court.

On Saturday, she attended the nomination ceremony with her husband and seven children, including two adopted children from Haiti. There was only one mistake in that the final group photo with the president and his wife omitted Barrett’s youngest child who has Down Syndrome.