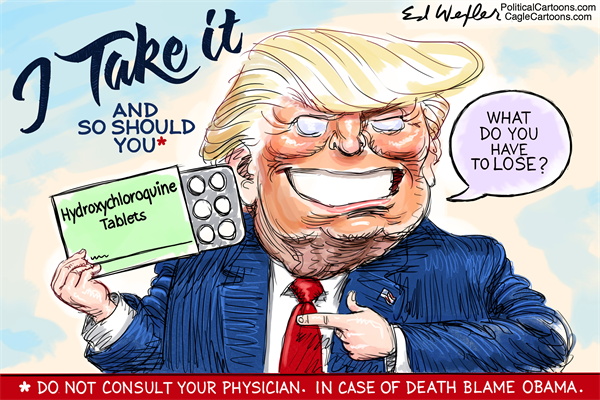 “When he has a cold, I just keep him away from me,” said Donald Trump when his son Barron, who was still a baby, got sick. The statement comes from an interview in 2007, but the current American president had already admitted his pathological fear of germs many years prior, in the early 1990s.

Trump suffers from mysophobia, also known as germaphobia: the exaggerated fear of being contaminated by bacteria or viruses, which is reflected in difficulties in social life and an obsession with cleanliness. In the 1980s, according to the head of one of his casinos at the time, Trump lost out on opportunities to close good deals because he avoided shaking hands with clients.

During the 2016 campaign, when he was elected president, his press secretary Hope Hicks always had hand sanitizer at the ready to squeeze into the candidate’s hands after he greeted supporters.

This Friday, Trump and the first lady, Melania, tested positive for COVID-19, having possibly contracted it from Hicks, who is currently a senior adviser to the president. He traveled with her via helicopter even though he knew that she was infected.

How is it possible that someone so obsessive about personal hygiene — and who in the early years of his term kicked out employees who were sniffling, sneezing or coughing from meetings in the Oval Office — has transformed, in the year of the pandemic, into one of biggest deniers of the severity and dangers of the new coronavirus?

In the beginning, Trump said that the virus would disappear in April with the warming temperature in the Northern Hemisphere. Later, he suggested that people inject detergent into their bodies to combat it (he later said that he was being sarcastic). In May, he said he was taking hydroxychloroquine, medication also advocated by President Jair Bolsonaro, as a preventive treatment against COVID-19. As we can see, it was useless.

When it became clear that the number of infected Americans was only increasing, Trump continued with his efforts to discredit social distancing measures and campaigns for wearing masks.

During the first presidential debate, which occurred Tuesday, Sept. 29, Trump even ridiculed his opponent, Democrat Joe Biden, for wearing masks too often. “I don’t wear a mask like him. Every time you see him, he’s got a mask. He could be speaking 200 feet away from him and he shows up with the biggest mask I’ve ever seen,” said Trump.

After Trump tested positive, Biden also got tested, with negative results. More than 200,000 Americans have died from complications caused by COVID-19.

The contradiction between the American president’s mysophobia and his irresponsible attitude in the face of the increase of the virus in the country can be explained by a political calculation that proved to be incorrect and disastrous. The pandemic and the necessary measures to contain it have hampered Trump’s plans for reelection, which is why he went into denial.

The narrative he adopted in relation to the pandemic is based on the following: beat around the bush, deny and transfer the blame. Trump excelled in inventing scapegoats to divert attention from his own responsibilities: first he blamed the press, then state governors, China, Democrats, the World Health Organization …

President Bolsonaro imitated his American colleague in much of this strategy. Here, however, it worked out better than there, with the Brazilian enjoying 40% approval while Trump is behind Biden in the polls.

Let no one be surprised if Trump, in the coming days, in a desperate attempt to benefit politically from being infected, decides to imitate Bolsonaro and starts offering hydroxychloroquine to the squirrels on the White House grounds.