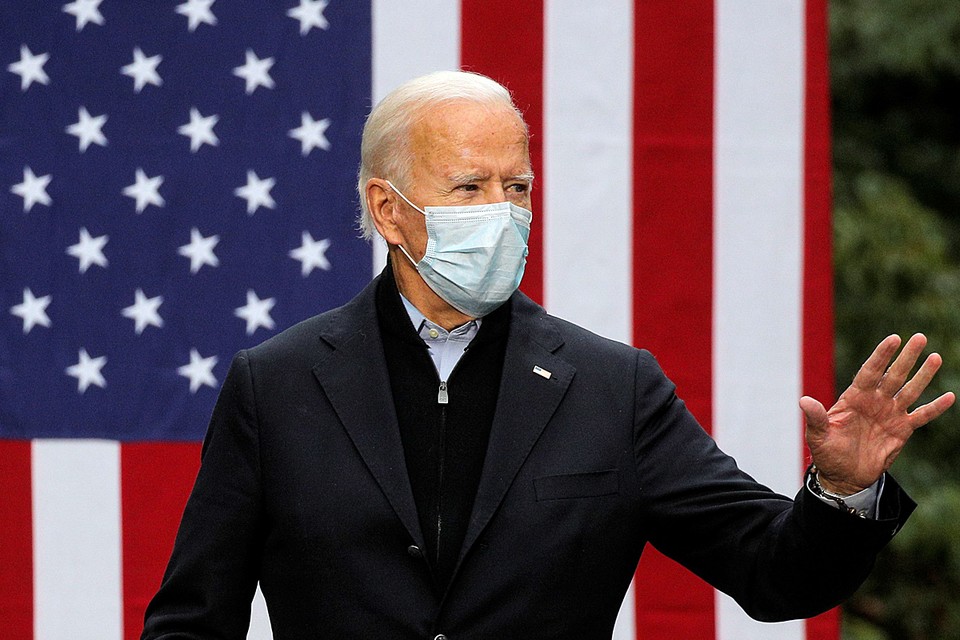 Scandalous facts from the U.S. presidential candidate’s past might cause his ratings to plummet.

There is only about a month left until the biggest day in American politics. Right now (toward the finale of the presidential race) is precisely when all of the news and media outlets start to publish whatever dirty secrets they have on the main candidates. It is believed that voters will remember these claims and cast their vote for the “suitable” candidate.

Now, it is difficult to uncover something new about the current president, Donald Trump (after the accusations of “ties with the Kremlin” were proven to be no more than empty words). However, his main opponent, Democratic candidate Joe Biden, entertains Americans with new skeletons in his closet nearly every day.

Unsavory facts from Biden’s past are not a secret, but many have forgotten about them due to their antiquity (“old Joe” has been in politics for nearly half a century). However, if one collects all of these missteps in one place, the character of the possible future U.S. president does not seem at all appealing.

Schemes in the Balkans

January 2009. Newly elected President Barack Obama and his vice president, Biden, move into the White House and put up family photos on all available surfaces.

The role of the vice president has been largely ceremonial in American politics. (For instance, what is current vice president, Mike Pence, who is also now a wedding officiant, famous for? Nothing. Exactly!) But, in 2009, Biden and other influential Democrats pressured newbie Obama into leaving international politics up to them: You’re young and have no idea what you’re doing. But we’ll take care of it!

Accordingly, Biden began to oversee the United States’ international relations with Eastern European countries. Today, yes, 77-year-old Biden looks like a lost old man and confuses Serbia with Croatia during speeches. But back then he knew the Balkans quite well: The old fox was energetic and clever.

He was especially interested in the “state” that had appeared on the map just a year earlier; thanks to American support, Kosovo had separated from Serbia.

Biden was seen as a founding father in this war-torn region. He had gotten $2 billion for the reconstruction of Kosovo, which was supposed to be used by several humanitarian aid programs through which America finances the development of democracy around the world.

Besides this enormous sum, Biden had also gotten Kosovo millions of dollars from the budget of the Millennium Challenge Corporation (a nongovernmental organization). This little known grant-providing agency was not even formally subordinate to the U.S. government. Therefore, Biden did not have to account for how he spent the funds.

Not surprisingly, there are rumors that the Democrat got kickbacks from the Kosovars on this money. It is impossible to verify such accusations, but there is one odd detail: Biden’s son, Beau Biden, worked in Kosovo about 10 years ago.

What he did there (and in what specific year) nobody knows, and in the official biography* of Beau Biden there is only one sentence about this period of his life: He consulted with the newly founded state on strategic issues.

During this same period of time, in 2007-2015, Beau Biden was the attorney general of Delaware. (Yes, it is apparently possible to both work in the American legal system at the local level and at the same time go abroad for months to serve as a “specialist” in one of the most corrupt countries in Europe.)

Furthermore, Delaware is a well-known offshore jurisdiction. Based on this, Biden’s critics claim that the father and son duo could have organized a money laundering scheme, stealing the money meant for Kosovo and bringing it back to the United States through short-lived companies, all while using the judiciary as a smokescreen. In any case, both Biden and his son were actively involved in Kosovo and met with notorious nationalists.

The climax of Uncle Joe’s Balkan performance occurred in August 2016, when he held a press conference with the Kosovar president, Hashim Thaçi, during which the two men hugged like brothers.

Thaçi is commonly associated with the drug mafia and trading human organs on the black market. (It is important to note that these are not social media rumors, but the conclusions made by an official expert report published in 2010 by the Council of Europe.) Currently, Thaçi is being accused of war crimes perpetrated during the Civil War in Yugoslavia. And there is a high likelihood that this man will soon appear before the International Criminal Court.

Now you understand why “old fox” Biden met with Thaçi precisely in August 2016: These were his last days in the White House with Obama, and he would no longer have to explain to the American voters why he shook hands with a well-known criminal.

Supporting the Murder of Serbs

Prior to that historic meeting with Thaçi, Biden had visited Belgrade and promised the Serbs the possibility of Euro-Atlantic integration and unification. In case somebody has forgotten: When in 1999 Serbia had tried to suppress the separatist movement in Kosovo and drive away the guerrillas entrenched there, NATO had organized multiple bombings of Yugoslavia with shameless attacks on civilians.

Back in the ‘90s Biden had used quite different language when speaking about the Serbs. He had visited Belgrade in 1993, during Slobodan Milošević’s presidency, and called the politician a war criminal.

Later Biden wrote in his memoir “Promises to Keep”: “He [Milošević] is a son of a bitch, but he knows his job. He will not stop, until the West stops him.”**

During an interview in 1993 Biden also shared his negative opinion of the Serbian people: “Serbs are illiterate degenerates, baby killers, butchers and rapists.”

These words were followed by Biden’s encouragement to bomb Belgrade. During an interview with The New York Times in 1993, during the Yugoslavian Civil War, Biden was even more specific: “The United States must lead the West in a decisive response to Serbian aggression, beginning with air attacks on Serb artillery.” But he was not interested in the war crimes perpetrated by Serbia’s adversaries — the Croatians, Bosnians and Kosovars.

What political flexibility and selective blindness. Nowadays, Biden is being painted as a wise liberal and opponent of war, but many people remember everything.

Today, as Biden makes his presidential bid, he stresses that he “did not become rich during several decades in politics.”** However, during the past few years, he did earn millions of dollars from memoir sales and public speaking gigs. And yet, he still calls himself “middle-class Joe.”

At the same time, (as many news sources have noted) the family business of Biden’s other son, Hunter Biden, has received multiple million-dollar transfers from businessmen (with questionable reputations) in the Ukraine and Russia. These were allegedly fees collected for business consulting.

How does one find fault with such claims? After all, a good consultant could cost up to $100,000. But, in real life, these transactions seem to be bribes. (Biden’s role as overseer of Ukraine and Eastern Europe in the White House gave him the opportunity to amass enough influence and sell his services to local oligarchs.)

Our hero’s brother, James Biden, founded a construction company called HillStone International in 2010.*** Almost immediately, in 2011, it received a government contract and $1.5 billion in funding for the reconstruction of Iraq (which had, funnily enough, been destroyed by Americans themselves during the many years of war and occupation).

James Biden’s company was supposed to use this money to repair 500,000 buildings in Iraq. Yet, is it even surprising that this contract was never fulfilled, and no buildings were ever restored or built? However, a sizable amount of the money mysteriously disappeared. Those same family offshore schemes, don’t you think?

But, really, who cares if one of your relatives works in the White House and another works in the country’s legal system?

*Editor’s note: There is no official biography of Beau Biden.

***Editor’s note: HillStone International was created by its parent corporation, Hill International, in September 2010. James Biden joined the company as an executive vice president in November 2010.