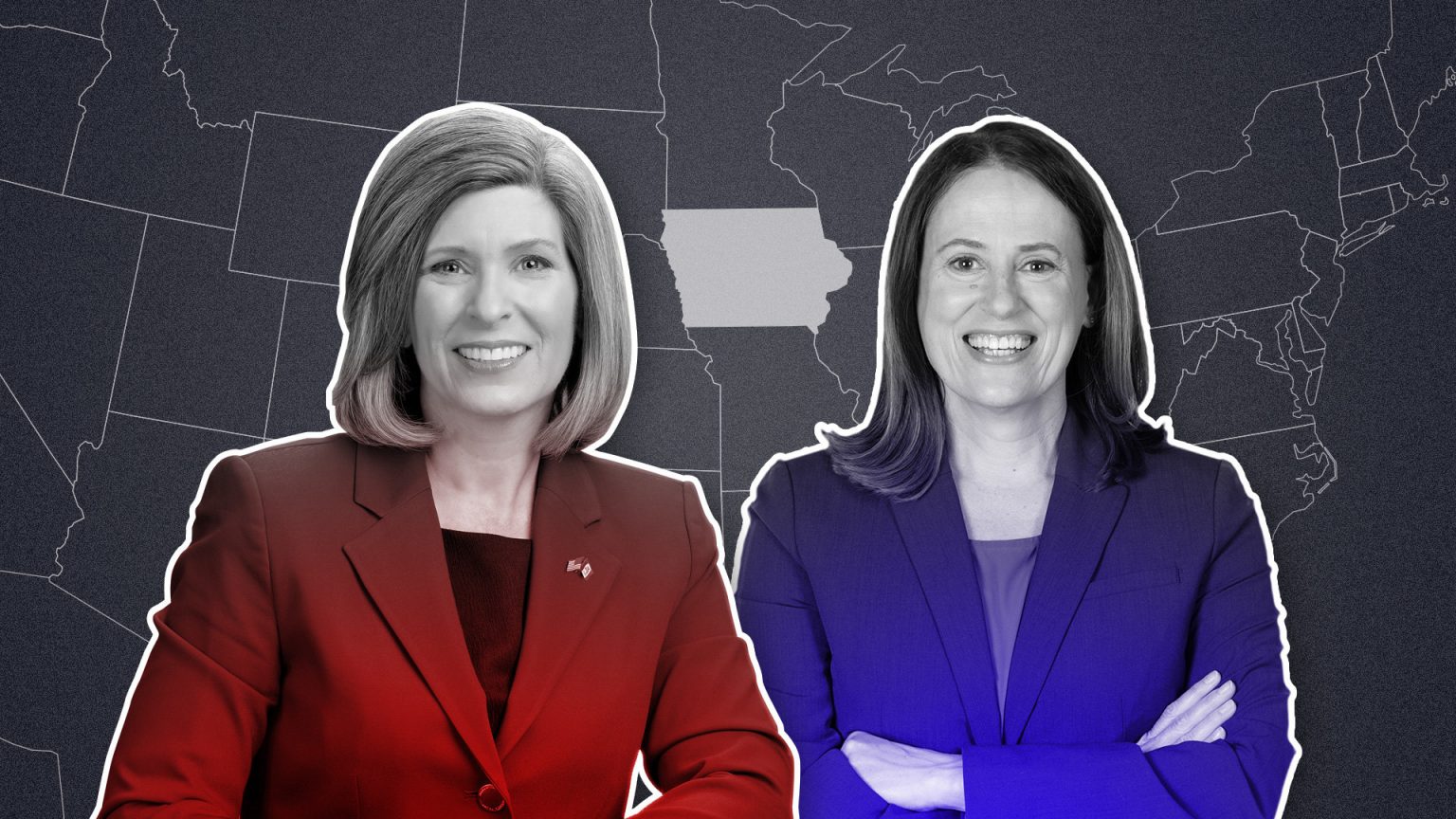 Will the Democrats take the well-known 51st seat from Republicans, which would give them total control of the Senate? The answer can be found in Iowa, where two women are opposed in the most important senatorial election of 2020.

While all eyes are on the race for the White House, a parallel race will have a decisive effect on what the next president will realistically be able to accomplish: the race for control of the Senate.

On one side, the Democrats have an extremely ambitious legislative platform, which they seem ready to adopt with no support from Republicans if Joe Biden is elected — even if it means blowing up longstanding measures like the filibuster to get there. On the other, Republicans seem very unlikely to reach out to a new Democratic administration. In the event of a narrow majority of one party or the other, the consequences would effectively be huge.

As I wrote earlier this summer, even with a tenuous Democratic majority, we might witness a social and economic transformation with few recent parallels. And if the election results in a narrow Republican majority, the president would find himself greatly constrained.

As the Democrat’s majority in the House of Representatives appears unbreakable, and Joe Biden continues to be largely favored to defeat Donald Trump, the suspense is most compelling in the Senate. One would be hard-pressed to predict with confidence whether or not the Democrats will be able to retake the majority as the fight remains very tight.

The Democrats currently hold 47 seats out of 100 in the Senate; the Republicans, 53. Three seats are practically assured to change hands, including in Alabama where Republicans are expected to gain one, and in both Arizona and Colorado where Democrats also are expected to win. In such a scenario, the Democrats would end up with 48. Two other Republican senators from Maine and North Carolina are only slightly less vulnerable. If they, too, fall, that will make 50 for the Democrats. The Senate would be perfectly split, then, with each party holding 50 seats.

In the event the Senate is divided 50-50, there is no clearly established constitutional rule. The last time this happened, at the very beginning of George W. Bush’s presidency, the leaders of the two parties came to an agreement on the rules. For example, each Senate committee would be composed of an equal number of senators from each side. But there is no immediate indication of what this dynamic would look like this time. It’s true that, in cases of a tie vote in the Senate, the vice president — Biden’s running mate is Kamala Harris — would break the tie. Technically, though, the Democrats could officially have the upper hand in the Senate at 50-50, yet remain effectively paralyzed.

With this in mind, the question is whether the Democrats will pick up that coveted 51st seat, which would mean total control of the Senate. Without a doubt, the biggest Senate battle of 2020 is playing out in Iowa between Joni Ernst, the Republican incumbent, and Theresa Greenfield, her Democratic opponent. The 51st seat could come down to what happens here.

A Star at Risk of Falling

Ernst is a senator unlike any other. And a strong woman. In 2019, in the era of the #MeToo movement, she shocked the country by becoming one of the most important political figures to admit to being a victim of rape. From out of nowhere in 2014, she first won the Republican nomination ahead of four other candidates with close to 60% of the vote, then defeated a career politician in his fourth term in Congress during the general election, thus becoming the first woman from Iowa elected to the Senate. And Ernst quickly won attention.

A Harley-Davidson enthusiast who does not hesitate to be seen in a leather jacket, or professing her love for the Second Amendment and her will to make “big-spending” Washington politicians “squeal” like the pigs she used to castrate when she was young on the farm, Ernst quickly gained the favor of the populist wing of the Republican Party.

A serious legislator and disciplined communicator, she soon also won the support of the Republican establishment, notably from former presidential candidate Mitt Romney. In a splintered party, she exemplified the rare figure capable of uniting different factions.

Her very first year in Washington, Ernst was chosen to deliver her party’s official response to the State of Union speech delivered by President Barack Obama. She was interviewed in 2016 as a potential candidate for Republican vice president. In other words, until 2020, the word that could best describe her within the Republican Party was “star.” But Trump’s political failures are such that they threaten to carry Ernst away in what more and more strategists on both sides see as a likely Democratic wave sweeping the country.

Facing Ernst, the Democrats have opted for Greenfield, a political novice with even less experience than Ernst when she was elected in 2014 and who, two years ago, lost a primary election for a seat in the House of Representatives. Frankly, there is nothing spectacular about her apart from, perhaps, a capacity shaped by origins as modest as those of her rival to be approachable to the ordinary people of her state. Without a doubt, during normal times, that would be insufficient to lend a competitive character to this race. But, come Nov. 3, she is the one who could determine the magnitude of the turning point the United States will see in the coming years.

About Reg Moss 60 Articles
Reg is a writer, teacher and translator with an interest in social issues especially as pertains to education and matters of race, class, gender, immigrant status, etc. He is currently based in Chicago.