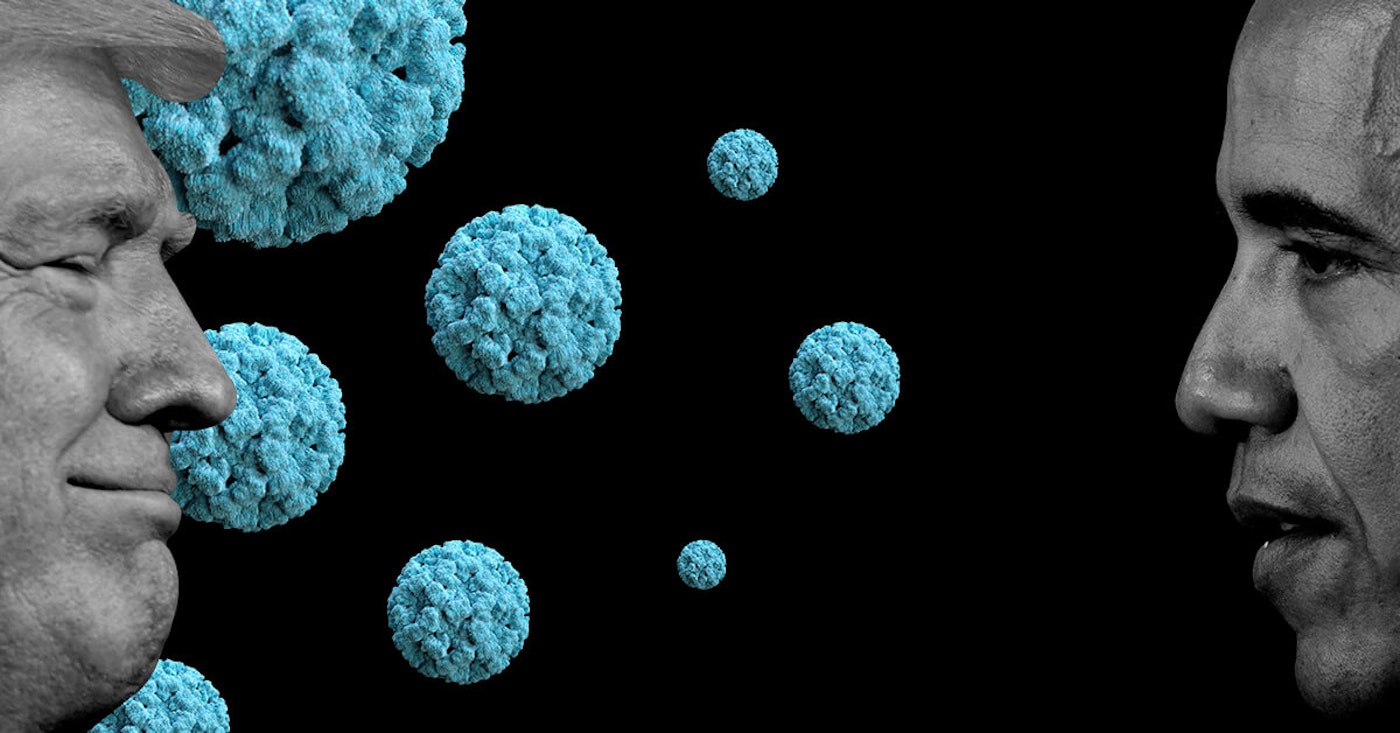 Barack Obama, one of the Democratic Party’s biggest stars, is entering the campaign at a critical moment, bringing his energy and his impressive oratory talent. It’s the ideal chance for him to take revenge by using the pandemic as the last nail in Donald Trump’s coffin.

Yesterday, in Florida, Barack Obama unloaded on Donald Trump for his incompetent response and his disregard for the current explosion of COVID-19 in the United States in order to demonstrate how urgent it is to remove Trump from power. Obama reminded us that Trump is holding numerous “superspreader” rallies while assuring his supporters that the U.S. has “turned the corner” and that the pandemic is behind them.

Getting Even at the ‘OK Corral’

There is a lot of animosity between the two men. Over the years, Trump has questioned Obama’s American citizenship and, throughout his term, has denounced the accomplishments of his predecessor and has made it his mission to dismantle them. Thus “Obamacare,” the brand name for the Affordable Care Act, is now before the Supreme Court. Trump has blathered for years that he has his own plan that he will make public “in a few weeks.”

Also, during his rallies, Trump continues to malign Obama with unfounded accusations that Obama spied on his campaign in 2016. He has unsuccessfully demanded that Obama be indicted for this. Obama is the object of a special hatred on the part of his racist base that Trump is constantly stirring up.

Trump’s gruff comportment toward journalist Lesley Stahl of “60 Minutes” qualifies as “not normal,” Obama assures Americans: “With Biden and Harris you’re not going to have to worry about what crazy things they’re going to say.”

Obama: The White House, but also the Senate

For Obama, defeating Trump and the Republicans is an existential question for the country and for democracy. He doesn’t just want to chase Trump out of the White House, he also wants Democrats to take control of the Senate. He has appeared in television ads for Democratic candidates for senate from Maine, Michigan, South Carolina and Georgia, states where Republican seats are being threatened.

Obama is also active on social media, putting out more than a dozen explanatory videos on voting and filming himself filling out a mail-in ballot in order to help people who are not familiar with electoral procedures.

In Florida, a key state where the fight is especially close, the campaign seems like a Trump-Obama contest. Obama, who easily won it twice, hopes to make the difference by rallying the last undecided votes of Latinos, Blacks and young voters for Biden. Women will also make the difference in certain pivotal states.

Biden does not just have to win the election; he must have a decisive victory that is incontestable. With Obama and the pandemic, Democratic strategists are convinced he will succeed.