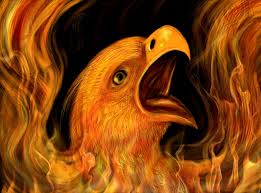 Why the whole world will have to take U.S. interests into account for a very long time to come

The election that just ended in the United States has been the subject of heated discussion, not only in that country itself, but also beyond its borders. I would like to call attention not to the nuances of the race for the White House and not to the individual who has already been declared the winner by a number of media outlets, but to the predominantly negative tone of the coverage of America in Russian and European media — both before the election and during the protracted vote count. It was nothing less than predictions of the country’s complete collapse, the imminent threat of civil war, and a growing hatred that Black people had of white people and vice versa. No matter which authority on America, no matter which expert, there were only predictions of an irrevocable collapse of the “city on a hill” (not necessarily Capitol Hill, which is in the country’s capital, Washington, D.C.).

But here’s the paradox. Either these fortunetellers have never lived in the U.S. and have only superficial knowledge of the country, or they are deliberately misleading those who read and listen to their less than accurate assessments, in my opinion. And yet, for all its troubles and current problems, it is still America that millions of foreigners (including our compatriots) from all ends of the earth strive to reach every year. They hope by any means to stay here, to succeed professionally, and, if it works out, to bind their future fate with the country.

So what is going “wrong” in America, and why doesn’t it at all bother those who, no matter what their life circumstances, seek to move there if the opportunity arises? For starters, let’s consider the cons, some of which depend on U.S. citizens themselves, but in some ways are influenced by external factors.

Yes, in terms of the economy, under previous presidents, basic production was moved out of the U.S. to Latin America and Asia to the benefit of the largest local corporations. Over the past 10 to 15 years, America has in many ways clearly begun to cede ground to its major global competitors in technological development. Ordinary Americans, despite the country’s leading role (oddly enough), have been fed “electronic chewing gum” — the internet, social networks, platforms and so on. It’s been called “keeping up with the times,” though all of the Facebook and Instagram networks have merely distracted people from real life and submerged them ever deeper into a virtual one.

Meanwhile, many key government institutions in the country, including the presidency, have gradually been degraded. The rejection of traditional Protestant morality and ethics has become the new norm. Some misguided beliefs contrary to elementary reason have begun to be promoted. Let’s not forget that today more than 30% of the U.S. population are foreigners born outside its borders, for whom a sense of belonging to a single nation and the importance of obeying the law are, for the most part, empty words.

With the arrival of COVID-19, millions of Americans, citizens of the world’s richest country, became addicted to yet another “social drug” — handouts and benefits. Today only 53% of U.S. citizens pay taxes, while the rest essentially live at their expense. And in such a situation, those who work lose trust in the government and automatically question the need to work hard to achieve both their own personal prosperity and that of the country as a whole.

If we consider the fact that American politicians (Republicans and Democrats alike) have no vision for the future other than being a service, finance and media economy, and today increasingly laugh at the “American dream” so sought by many only yesterday, the conclusion is that one must escape the country as quickly as possible. And then there’s the coronavirus. Once again, the U.S. is the country where the highest infections and deaths have been recorded. So is a collapse imminent after all?

But now a bit about the realities of American life, which, having worked in Washington for more than a quarter century, I have been able to observe with my own eyes. Look, no matter what anyone says and whatever reasoning they use to say it, the United States is still the strongest country in the world. The country is extremely wealthy. It has enormous means and opportunities not just to meddle in everything that happens in the world but also to determine its future development. And at least for the time being, no other country on our planet is in a position to compete with the U.S.

It is the U.S. that continues to exert a decisive influence over practically all decisions made in the world, from monetary and financial decisions through the World Bank and International Monetary Fund to military domination over Europe (NATO) and Asia (defense agreements with Japan and South Korea). Americans condescendingly poke fun at the Eurasian Economic Community, BRICS and the Shanghai Cooperation Organization, established without them. And all because the countries in these associations couldn’t even last a day without the American dollar or technologies either developed in America or produced under American licensing. (For example, the whole world, including Russia, has spent its time on exclusively American electronic platforms during the coronavirus pandemic.)

Yes, the America of today is full of problems, but it is by no means headed toward collapse for this reason. Under every president and in the country’s conduct, there has been, and there is, a certain reasonable balance which doesn’t allow the U.S. — unlike the collapsed Soviet Union — to drive internal strife to the destruction of the state itself just to please the personal ambitions of individual politicians.

It’s customary following yet another election in the U.S. to note diplomatically that Russia is ready to work with any administration in the White House. But what would it and other countries do if they did not work with the next American leader?

As for whose lives are actually more important, Black or white citizens, Americans, I think, will somehow figure it out for themselves. But the whole world is going to have to take American interests into account one way or another for a very, very long time to come, no matter what those who have already made the very big mistake of writing off the country might like.

About Jeffrey Fredrich 190 Articles
Jeffrey studied Russian language at Northwestern University and at the Russian State University for the Humanities. He spent one year in Moscow doing independent research as a Fulbright fellow from 2007 to 2008.