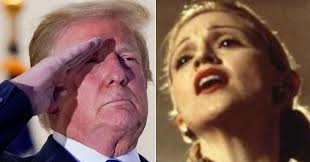 The reality of Donald Trump’s election served as an intensive virtual class for the world on a concept that some claimed did not exist: right-wing populism. Populism had been exclusively for the irresponsible left.

Joe Biden explained it well in Bogotá in July 2018 during a conference at the School of Government of the Universidad de los Andes. He quoted George Will, the famous conservative columnist, who said that “populism seeks to open space for the abuse of power.”*

Trump’s behavior can no longer be attributed to his temperament, nor can it be considered merely a harmless political strategy. Trump is accusing his opponent of fraud because that is what populists do, without exception. They seek to stay in power, or they assume the role of the victim who keeps the flag from the political elite who oppose them. It’s no longer undeniable that Trump is someone right out of the Latin American populism playbook, and one cannot help but see the similarities to his allies in the “Populist International.”

Trump combines all the facets of Latin American populism, like those of right-wing populists Alberto Fujimori and Alvaro Uribe, who work for conservative interests. Yet they present themselves as redeemers of the people against the political elite, personalize the handling of power, attack the institutions that limit them and criminalize their adversaries as corrupt allies of terrorism. They persecute the press, disregard human rights and bring the other branches of power to their knees.

Trump also raises the economic banners of left-wing populism. The day after the election, he argued that big capital, big press, big technology companies and “the corrupt Democratic machine” were trying to steal the election.

How can left and right flags converge in the same populist? And what seems most incomprehensible is how the same populism can be used to advance the goals of the left or the right. The social ill that populism best captures is inequality. That is why it has been a phenomenon in Latin America, where problems of economic and racial inequality have been profound.

The ill on which Trump rides has its fundamental origin in social inequality. During 40 years of neoliberalism, the gross domestic product tripled, while the incomes of the middle class remained the same and those of the less educated sectors fell. Exponential income growth was spread very unevenly, and when globalization caused millions to lose their jobs and immigration generated great job competition, the malaise spread across a very broad sector of American society.

That malaise fueled Bernie Sanders’ populist growth on the left. Trump combined it with conservative elements related to the culture of the lower middle class of his country — racism, xenophobia, misogyny, nationalism, anti-terrorism and militarism — and framed them within the concept of authority.

By inoculating people with passion and fear, populism does not die. Trump is going to attempt a return to power on the order of Peronism, Fujimorism,, Uribismo, Chavismo and Evomoralism. He will continue to lead the “Populist International.”

*Editor’s Note: This quotation, though accurately translated, could not be verified.

About Patricia Simoni 82 Articles
I first edited and translated for Watching America from 2009 through 2011, recently returning and rediscovering the pleasure of working with dedicated translators and editors. Latin America is of special interest to me. In the mid-60’s, I was a Peace Corps volunteer in Chile, and later lived for three years in Mexico, in the states of Oaxaca and Michoacán and in Mexico City. During those years, my work included interviewing in anthropology research, teaching at a bilingual school in the federal district, and conducting workshops in home nursing care for disadvantaged inner city women. I earned a BS degree from Wagner College, masters and doctoral degrees from WVU, and was a faculty member of the WVU School of Nursing for 27 years. In that position, I coordinated a two-year federal grant (FIPSE) at WVU for an exchange of nursing students with the University of Guanajuato, Mexico. Presently a retiree, I live in Morgantown, West Virginia, where I enjoy traditional Appalachian fiddling with friends. Working toward the mission of WA, to help those in the U.S. see ourselves as others see us, gives me a sense of purpose.