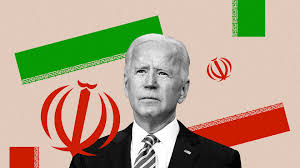 Mohsen Fakhrizadeh, one of the key figures in Iran’s nuclear program, was recently assassinated in Tehran. Fakhrizadeh had been involved in the program for years, and was one of the important members of the team which negotiated with America over the nuclear program during Barack Obama’s administration. In particular, he was interested in turning the nuclear energy produced by Iran’s program into a weapon.

Now, just as we have begun to ponder the new conditions set to shape the Middle East, this event has conjured up familiar scenarios. Without a doubt, one of the central players in these scenarios is Israel. As the party which has expressed the fiercest opposition to Iran’s nuclear energy program from the very beginning, and the party whose willingness to engage in this type of covert activity knows no bounds, Israel is naturally No. 1 one on the list of suspects.

In fact, this yarn can be taken one additional step. The fact that the operation occurred just before the presidential transition in America might suggest that it was designed to shape the political agenda in the Middle East. As everyone knows, Iran entered a nuclear agreement during the Obama administration, and Iran’s potential to develop a nuclear weapon was greatly diminished as a result. But at the same time, it was thought that this would secure Iran’s return to the international community. While Israel was opposed to the agreement at the time, the Obama administration paid little mind.

You will recall that Trump withdrew from the agreement, and no new agreement has been forthcoming for four years. If Joe Biden’s administration is merely an extension of Obama’s, as we have said all along, Biden will return to the negotiating table with Iran and produce a new agreement similar to the previous one. Following this logic, one could expect that Israel would create a disturbance in an effort to prevent America from returning to negotiations with Iran.

But this was not the first assassination attempt directed at Fakhrizadeh. There was an attempt in 2018, which Fakhrizadeh escaped. When viewed from this perspective, it makes more sense to conclude that the timing had no real importance. It might be that Israel has just finally managed to pull off an assassination which it has long pursued.

For that matter, it would be a mistake to think that this assassination alone could prevent new negotiations between the United States and Iran. As we have seen, Iran seems willing to hold its nose and move forward. After four years, there is a palpable desire to return to the negotiating table. Beyond that, reaching a new deal with Iran seems like a good choice for the Biden administration as well.

Even if Biden can’t undo everything from the Trump era, he will have to do some work on America’s image. If he wants to erase the impact of Trump’s administration, he has two favorable options to choose from. First, he can return the U.S. to the Paris climate agreement; and he can make this happen easily. In fact, it was for this reason that he appointed John Kerry as his representative on this matter. On this basis, he can claim to have erased Trump’s influence. Second, he can renegotiate a nuclear agreement with Iran. There is actually a foundation for this, and Iran is so inclined. With one or two minor adjustments, Biden can achieve a cheap and painless public relations victory. Thus, it is wrong to think that the aforementioned assassination, by itself, will come between the Biden administration and Iran. On the contrary, Biden may steer American foreign policy back to prioritizing Iran.