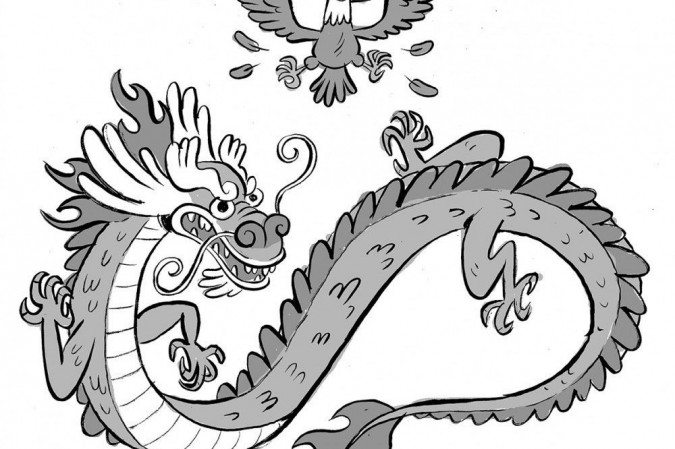 The axis of the world economy is moving to Asia. The United States has never thought about the Americas, and Europe has closed in on itself. The newspaper Valor tells us that after years of thorny negotiations, China and 14 other countries have signed the largest commercial trade agreement in the world, and that it is one of the first challenges to the commercial policy of U.S. President-elect Joe Biden.

The Regional Comprehensive Economic Partnership is creating a bloc that constitutes more than 30% of the global gross domestic product. It brings together the largest and most thriving economies in the Asia-Pacific region, which have put geopolitical differences aside to finalize the agreement. Along with China, Japan, South Korea, Australia, New Zealand and 10 southeastern Asian countries, such as Indonesia, Vietnam, Thailand and Singapore, are also part of the RCEP.

“Encouraging free trade is even more important now that the world economy is in a slump and there are signs of countries turning inward,” said Japanese Prime Minister Yoshihide Suga during the RCEP meeting with other leaders, according to a representative from the Japanese government. The U.S., the largest economy in the world, is not part of the group, something China required.

The United States was involved in the creation of another bloc — The Trans-Pacific Partnership, which did not include Beijing and whose objective was to contain China’s growing power of influence. The attempt failed. But Washington, which has avoided major multilateral trade deals during Donald Trump’s administration, opted to not join the TPP because it knew that it would lose the imperial autonomy which has always animated it.

The new pact increases pressure on Biden to deepen U.S. trade involvement in the Asia-Pacific region. In 2019, he warned of the risk that if the U.S. did not write the rules of the game, China would do so. He said that he would try to renegotiate the TPP, but the moment has passed for that. China, in fact, has written the rules. Although the majority of RCEP countries have strong trade ties with each other — trades ranging from rice to semiconductors — the new treaty is considered important because it will result in a unified trading system, in a part of the word that is rapidly growing and has many people.

In the ceremony, which took place over video conference due to the pandemic, ministers from the 15 member states signed the pact and showed their signatures to the cameras. Chinese Prime Minister Li Keqiang said that the signatures showed that multilateralism and free trade “remain the right direction for promoting the growth of the world economy and the progress of humanity.”

According to the Japanese government, the RCEP will eliminate tariffs on 91% of goods traded between members. It will further reduce trader barriers with many of Japan’s main trading partners. The percentage of the country’s tariff-free items sent to South Korea will increase from 19% to 92%, and from 8% to 86% for those sent to China. The Japanese automotive industry, a strong engine of the country’s economy, should benefit. The deal eliminates tariffs on nearly $50 billion in automobile parts sent to China per year, according to the Japanese government.

The pact still needs to be ratified by national governments before it takes effect. Over more than eight years of negotiations, the treaty has encountered major problems in balancing the interests of countries at various stages of development. India, which was part of the negotiations, left in 2019 for fear that the RCEP would lead to a torrent of imports and then became isolated. Now there are three classes of economic blocs: the Chinese-Asian bloc, the CEE and the U.S.

The rest of the world economy is the rest of the world. That is where we are. The Jair Bolsonaro government’s economic diplomacy does not exist; it is zero. But there is no lack of ideology, which is outdated. It is necessary to ask what Brazil’s economic role in the context of the Americas is, especially with the Andean countries and those on the Atlantic coast (Uruguay, Argentina and Venezuela), and how we should implement the (suspended) EU-Mercosur agreement. The president is living on another planet. The other day, he complained about European countries that criticize his genuine management of the Amazon rainforest, baselessly charging that the Europeans are “importing illegal logging from the Amazon.” It is something one would expect from an aspiring lieutenant, never from a statesman. He heightens emotions instead of trying to resolve the issue and build bridges.

And there is the geopolitical aspect. The huge trade agreement was the idea of the Association of Southeast Asian Nations, but it only developed when it was taken over by China. In 2017, Trump abandoned discussions about the Trans-Pacific Partnership. It would be a significant move for the U.S. toward the Asia-Pacific, which is today the locomotive of the world economy. China wanted to include Mercosur, but Brazil was not interested, remaining in the U.S. backyard. It is just a disappointment, this government, half stupid, half garbage. But even moreso with Bolsonaro spouting stupidity day and night.